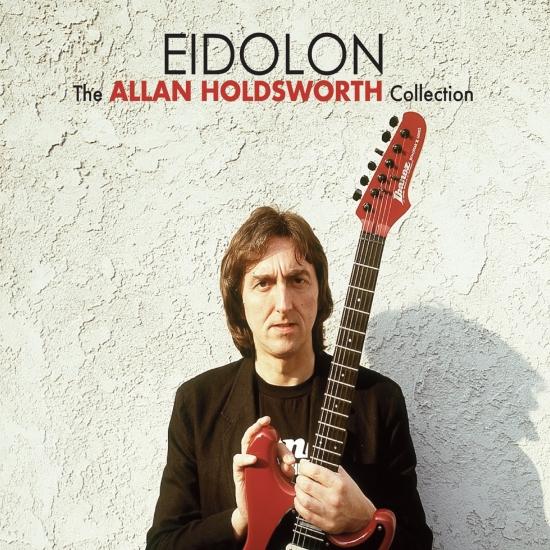 Guitar legend Allan Holdsworth has had a career that has spanned nearly fifty years and is considered by many to be the guitarists' guitarist and a guitar genius that has created a playing style and sound unlike any other. Holdsworth was inducted into Guitar Player's "Hall of Fame" in 1991, his influence has crossed many genre lines including rock, jazz, and metal. EIDOLON: The Allan Holdsworth Collection is a Double CD collection of 28 songs hand picked by Allan himself from his many solo albums beginning with his 1982 release I.O.U. Also included in this collection is a previously unreleased rare alternative version of "Road Games" with the legendary Jack Bruce on vocals. After listening to EIDOLON, the rest of the world will finally see why a Guitar World magazine cover story proclaimed, "He's as influential as Chuck Berry, Jimi Hendrix, and Eddie Van Halen," and a Guitar Player Magazine Cover.proclaimed Allan Holdsworth as "The Man Who Changed Guitar Forever!"
Digitally remastered
Please Note: We offer this album in its native sampling rate of 48 kHz, 24-bit. The provided 96 kHz version was up-sampled and offers no audible value!