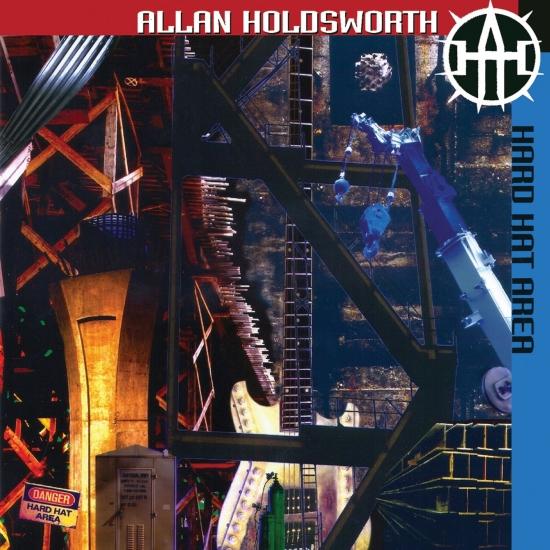 Hard Hat Area is the eighth studio album by guitarist Allan Holdsworth, released in 1993.
"To me Allan Holdsworth is number one." (Eddie Van Halen)
"... well worth revisiting ... remains one of Holdsworth's better solo recordings, overall, certainly one of his most consistently high octane ... this remastered reissue does it justice both sonically and by bringing it back." (AllAboutJazz)
"Allan Holdsworth is arguably one of the most important post-Hendrix electric guitarists to grace either the fusion or rock scenes, while Hard Hat Area, signifies one of the artist's better solo excursions. With this 1994 effort, the guitarist receives excellent support from Icelandic electric bass phenom Skuli Sverrissson, whereas keyboardist Steve Hunt renders melodically tinged synth lines and ethereal backwashes throughout. Essentially, the group produces a series of climactic overtures, accelerated by a distinct sense of uninhibited force. On pieces such as "Ruhkukah" and "Low Levels, High Stakes," the musicians surge forward with a deterministic flair via a few tricky time signatures and lyrically charged themes atop Holdsworth's climactically driven solos. Consequently, the group conveys an underlying sense of tension and release, as Holdsworth's scathing legato-based lines might spur notions of a hawk zooming in on its prey. Thus, a must-have for the ardent Holdsworth aficionado." (Glenn Astarita, AMG)
Allan Holdsworth, guitar, SynthAxe
Steve Hunt, keyboard
Gary Husband, drums
Skúli Sverrisson, bass
Digitally remastered
Please Note: We offer this album in its native sampling rate of 48 kHz, 24-bit. The provided 96 kHz version was up-sampled and offers no audible value!