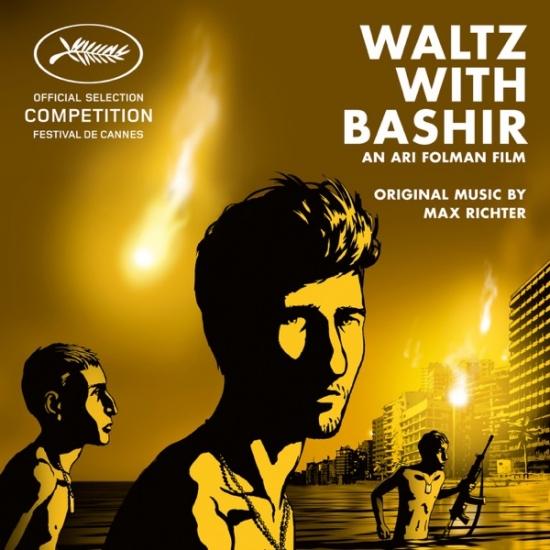 Info for Waltz With Bashir

Max Richter’s score for Ari Folman’s 2008 animated depiction of the 1982 Lebanon war is a haunting evocation of war recalled through memory and social narrative. His score for the film earned Richter the European Film Award for Best Composer in 2008 from the European Film Academy.
One night at a bar, an old friend tells director Ari about a recurring nightmare in which he is chased by 26 vicious dogs. Every night, the same number of beasts. The two men conclude that there's a connection to their Israeli Army mission in the first Lebanon War of the early eighties. Ari is surprised that he can't remember a thing anymore about that period of his life. It's not in his system. Intrigued by this riddle, he decides to meet and interview old friends and comrades around the world. He needs to discover the truth about that time and about himself. As Ari delves deeper and deeper into the mystery, his memory begins to creep up in even more enigmatic images ...
"A memoir, a history lesson, a combat picture, a piece of investigative journalism and an altogether amazing film" - New York Times, 2008
"Clearly one of the best pictures of the year." - New York Observer, 2008
"Its fluid boundary between the real and surreal lifts it into the realm of myth." - New York Magazine, 2008
"Extraordinary and painfully timely" - Entertainment Weekly, 2008