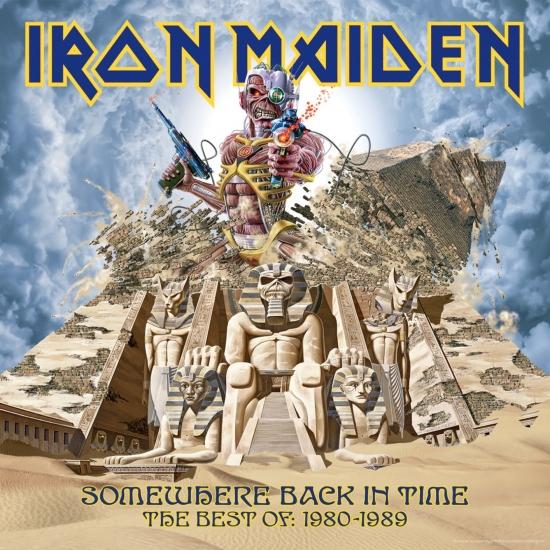 Iron Maiden have prevailed over the world of heavy metal for almost thirty years, and are currently enjoying overwhelming success on the current 'Somewhere Back In Time World Tour '08', along with a recent ARIA Platinum Accredited #1 DVD 'Live After Death'. This album celebrates the essence of the current tour by featuring most of the essential tracks from the band's first seven studio albums and one live album, recorded between 1980 and1989, and is aptly titled 'SOMEWHERE BACK IN TIME' including The Trooper, Can I Play With Madness, Run To The Hills, 2 Minutes To Midnight, The Number Of The Beast and more.
Bruce Dickinson, vocals
Steve Harris, bass, keyboards (on 10, 12)
Dave Murray, guitars
Adrian Smith, guitars, keyboards (on 10, 12)
Nicko McBrain, drums (on tracks 2 - 5, 9 - 13, 15)
Clive Burr, drums (on tracks 6 - 8, 14)