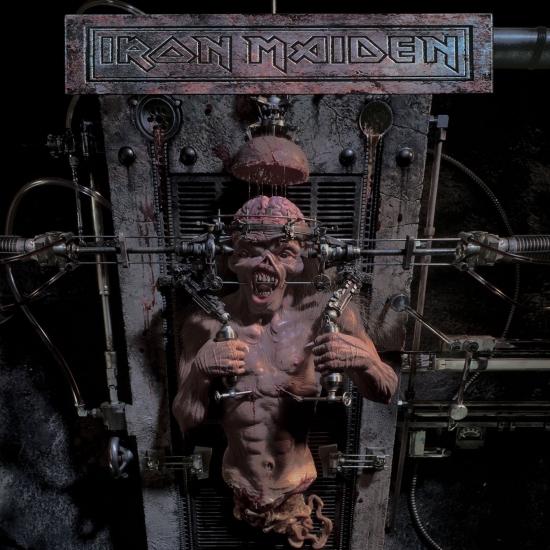 The X Factor is the tenth studio album by English heavy metal band Iron Maiden, released on 2 October 1995 through EMI Records. It is the first of two albums by the band to include Blaze Bayley, formerly of Wolfsbane, as vocalist, replacing Bruce Dickinson who left the band following their previous tour to pursue a solo career. The album takes a darker tone than the band's first nine releases, due to the lyrics being based on personal issues surrounding Steve Harris at the time, who was in the midst of a divorce.[3] This is reflected in the cover artwork, which graphically depicts the band's mascot, Eddie, being vivisected by machine.
Blaze Bayley, vocals
Steve Harris, bass, keyboards
Dave Murray, guitar
Janick Gers, guitar
Nicko McBrain, drums
Mitwirkende Musiker:
Michael Kenney, keyboards
The Xpression Choir (on "Sign of the Cross")
Digitally remastered