No Prayer for the Dying (2015 Remaster) Iron Maiden 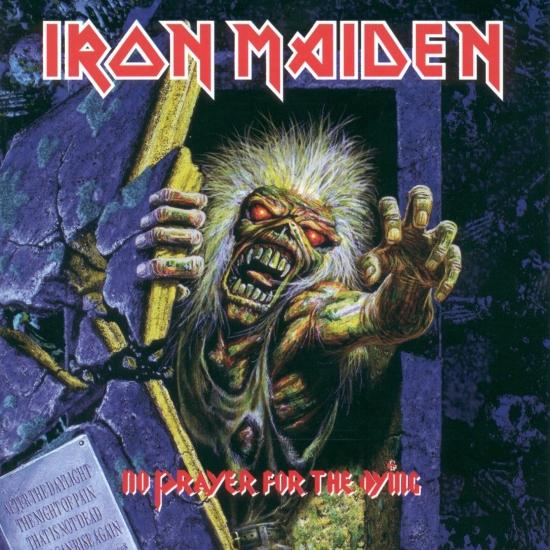 Info for No Prayer for the Dying (2015 Remaster)

No Prayer for the Dying is the eighth studio album by English heavy metal band Iron Maiden. It marks their first line-up change since 1982; guitarist Adrian Smith left the band during the pre-production phase, unhappy with the musical direction it was taking, and only having contributed to one song, "Hooks in You". Smith was replaced by Janick Gers, who had previously worked with singer Bruce Dickinson on his first solo-album, Tattooed Millionaire, and had also worked with Ian Gillan, former Marillion singer Fish, and new wave of British heavy metal band, White Spirit.
"With their first album of the '90s, Iron Maiden wanted to return to basics. Comparable to their more straightforward early work, No Prayer for the Dying quickly shot up the charts all over the world, but it was clear that the songwriting wasn't up to snuff when compared to such classics as Killers or Number of the Beast. The album also signaled the debut of new guitarist Janick Gers, best known for his stint in Ian Gillan's solo band and on Bruce Dickinson's solo album, Tattooed Millionaire. Featuring a pair of U.K. hit singles -- the anti-televangelist diatribe "Holy Smoke" and Maiden's lone number one, the controversial "Bring Your Daughter...to the Slaughter" (which was banned by the BBC) -- plus another that should have been issued as a single (the opener, "Tailgunner"), No Prayer as a whole doesn't measure up to the hits. The title track contains an opening too reminiscent of their 1988 single "Infinite Dreams," while other tracks such as "Fates Warning," "Run Silent Run Deep," and "Hooks in You" never catch fire. And even though the epic closer "Mother Russia," "Public Enema Number One," and "Fates Warning" are standouts, they just don't hold up well when compared to past classics. While Maiden retained their solid following elsewhere in the world, No Prayer for the Dying would prove to be their last gold-certified album in the U.S." (Greg Prato, AMG)
Bruce Dickinson, vocals
Steve Harris, bass, keyboards
Dave Murray, guitar
Adrian Smith, guitar)
Nicko McBrain, drums
Michael Kenney, keyboards
Digitally remastered