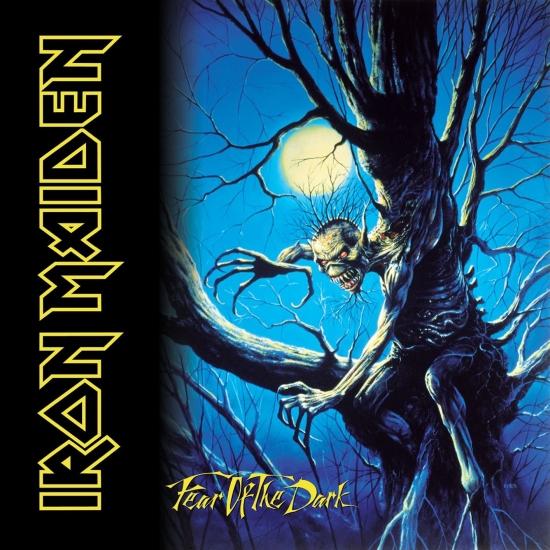 Although alternative rock was burning up the charts in 1992, longtime metallist outfit Iron Maiden admirably stuck to its guns with „Fear Of The Dark“. This effort follows in the path of 1990's „No Prayer for the Dying“, as Maiden again sticks to more simple compositions, avoiding the more ambitious songwriting tendencies that marked the group's late-'80s work. The album-opening 'Be Quick or Be Dead' recalls the work of such younger speed metal bands as Megadeth, while 'From Here to Eternity' is one of Maiden's few forays into tales of sex and sin, a la Guns N' Roses. Unfortunately, Singer Bruce Dickinson quit the band after the ensuing tour (although he and guitarist Adrian Smith would return for a reunion in 1999).
„While 1992's Fear of the Dark was definitely more of a return to form for Iron Maiden, it still wasn't quite on par with their exceptional work from the '80s. Easily an improvement over 1990's lackluster No Prayer for the Dying (both musically and sonically), the album debuted on the U.K. charts at number one. The opening 'Be Quick or Be Dead' proved Maiden could easily hold their own with younger thrash metal bands, 'From Here to Eternity' contained lyrics that seem better fitted for Mötley Crüe, while the expected epic album-closing title track would become a concert staple (all three tracks were released as U.K. singles). While Maiden records of the past would contain an album's worth of first-rate material, Fear of the Dark is again weighed down with too many drab compositions -- 'Childhood's End,' 'Chains of Misery,' 'Judas Be My Guide,' and more. The serene 'Wasting Love' proves to be one of Maiden's better ballads of the '90s, while the rockers 'Fear Is the Key' and 'Afraid to Shoot Strangers' are also standouts. Fear of the Dark would be singer Bruce Dickinson's final studio album with the band (until their late-'90s reunion), as he publicly voiced that he felt the band had run its course.“ (Greg Prato, AMG)
Bruce Dickinson, vocals
Dave Murray, guitar
Janick Gers, guitar
Steve Harris, bass, keyboards
Nicko McBrain, drums
Additional musicians:
Michael Kenney, keyboards
Recorded from 1991 – April 1992 at Barnyard Studios, Essex, England
Engineered and mixed by Martin Birch
Produced by Martin Birch, Steve Harris
Digitally remastered