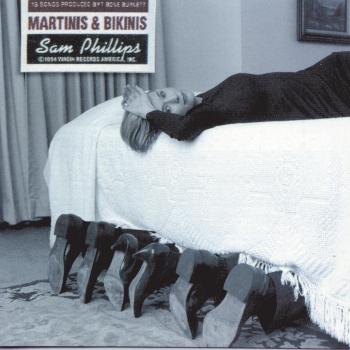 Sam Phillips
I am a songwriter, musician and singer from Los Angeles California. When I began making albums for the Virgin America label in 1988, I started going by my nickname Sam in honor of the Great Producer who discovered and recorded Elvis Presley and Johnny Cash.
T Bone Burnett produced seven of my albums for Virgin and Nonesuch Records. I produced my last three albums Don’t Do Anything, Push Any Button and now World On Sticks.
In 2000, Amy Sherman-Palladino asked me to compose and perform the music for her TV show Gilmore Girls, which I did for seven seasons, and I have reprised that role for the new Gilmore Girls (A Year In The Life) revival for Netflix. In 2017 Amy asked me to contribute some music to her new show, The Marvelous Mrs. Maisel, for Amazon.
The band on World on Sticks is Jay Bellerose (drums), Jennifer Condos (bass), and Eric Gorfain (multi-instrumentalist/arranger), joined by special guests Jon Brion (bass/guitar), Chris Bruce (guitar) and The Section Quartet (strings); the recordings swing from broken modern sounds to dreamy, cinematic music.
As I wrote these songs I wanted to look at our lost connections…with nature, with mystery, with other humans and parts of ourselves. Watching a tree suffer through the California drought last summer made me feel for him. I wondered if it was painful or difficult for him to sprout leaves in the spring after such a dry year. I spent a few minutes with him every day. As I was standing in front of him, the words ‘Walking Tree’ popped into my head. I imagined this was his name for me…a name that reached out with empathy for my conflicting desires to be both rooted and free. Maybe he felt for me because of my short life and fast-spinning mind…not taking enough time to realize that I’m here to be a loving part of all this.