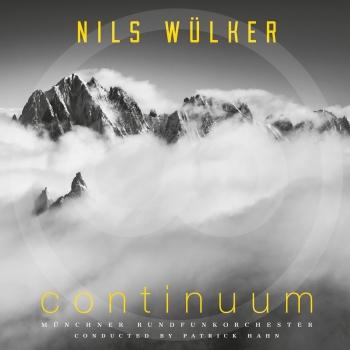 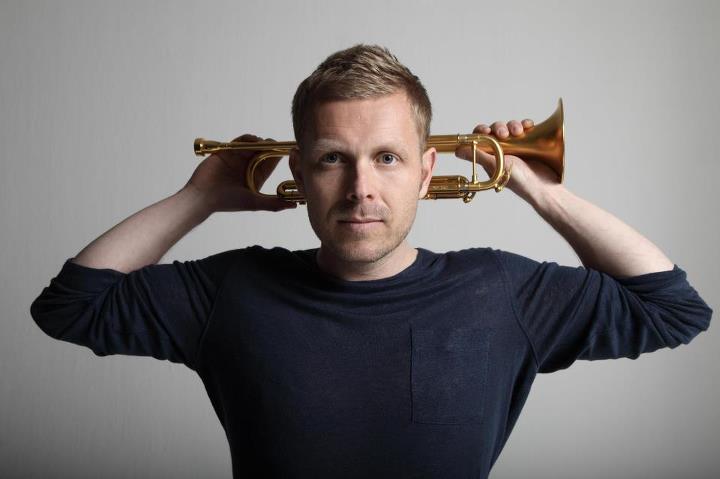 Nils Wülker
Over the past twenty years, Nils Wülker has become one of the most successful jazz trumpet players and composers in Europe. Born in Bonn in 1977, he began piano lessons at the age of seven and switched to the trumpet at the age of ten; classical, not yet a trace of jazz. During an exchange year in the USA, he finally discovers jazz at the age of sixteen and finds his way to Miles Davis via US3's "Cantaloop" and its original composer Herbie Hancock. Back in Germany, he was discovered in 1996 for the JugendJazzOrchester NRW, in which he played until his jazz studies at the Hochschule für Musik "Hanns Eisler" Berlin. Already active during his studies in Peter Herbolzheimer's BuJazzO, the RIAS Bigband or Thärichen's Tentett, Nils Wülker released his debut album "High Spirits", which was highly praised by critics and audiences alike, with Gene Calderazzo and Orlando LeFleming, among others, before he graduated in 2002 - as the first German jazz musician on SONY Music. The following year, the then 26-year-old composes, plays and produces his own new music for Bavarian Television's Space Night, which is released on the album "Space Night Vol. 10 Jazz" (with Wolfgang Muthspiel and Jochen Rückert, among others).
Between 2005 and 2012, Nils Wülker releases five albums of his own on his own label EAR Treat Music, with guests such as Torun Eriksen, Silje Nergaard and Dominic Miller, among others, cementing his reputation as a "great lyricist" (FAZ), "exceptional composer" (Crescendo), "German jazz wonder" (Spiegel) and "great melodist" (Die Zeit). Around he tours with his own band, as well as guesting with Ute Lemper, the Cuban singer Omara Portuondo, the quartet of Sting's companion Dominic Miller, or does a European tour with Lee Ritenour, Dave and Don Grusin, Will Kennedy and Wolfgang Schmid as "Hang All Stars". Nils Wülker also leads the top-class "Jazz Baltica Ensemble" (2011) with new arrangements of his own compositions, makes remixes for Hugh Masekela, Gregory Porter or Laura Lopez Castro and produces albums for singer Cécile Verny or harmonica player Tollak and a track for Samy Deluxe.
In 2013, he was awarded the ECHO Jazz as "Instrumentalist of the Year" in the brass category, and in 2014 Nils Wülker received the German Jazz Award in Gold from BVMI for his album "Safely Falling". His eighth album "UP" will be released in February 2015 by Warner Music. For the album, Nils Wülker works with Jill Scott and Mocky in L.A., Craig Armstrong in Glasgow, Peter Vettese in London and Max Mutzke, among others. With "UP" Nils Wülker wins the Hamburg music award HANS as "Musician of the Year", is again awarded the German Jazz Award in Gold and nominated for the ECHO Jazz.
His album "ON", inspired by Hip Hop and produced in collaboration with The Krauts (producers Marteria, Peter Fox) and Ralf Mayer, is released in 2017 and is awarded the German Jazz Award in Gold in 2018. Also in 2018, Nils Wülker releases "Decade Live" as his tenth album, his first "perfectly realized" (Süddeutsche Zeitung) live album. In 2019 follows the fourth German Jazz Award in Gold for his 2012 album "Just Here, Just Now" and an extensive tour in duo with his longtime guitarist Arne Jansen under the title "Closer".
2020 sees the release of Nils Wülker's eleventh electronically inspired album GO, which the Süddeutsche Zeitung calls "groundbreaking" and "an album full of light". Radio France and BBC, among others, dedicated programs to GO, and JazzFM UK also plays the music in rotation for seven weeks. In October 2020, Nils Wülker will perform a program of his own compositions arranged for orchestra with the NDR Radiophilharmonie, which he will continue in 2021 with the Swedish Radio Symphony Orchestra in Stockholm.
In September 2021, Nils Wülker will produce his orchestral album CONTINUUM with new original compositions with the BR Münchner Rundfunkorchester, scheduled for release in April 2022 on Warner Musik, then his twelfth album under his own name.
In addition to extensive tours at home and abroad with his own band, Nils Wülker has played in recent years as a guest soloist with Gregory Porter, E.S.T. Symphony, Max Mutzke and Klaus Doldinger, was responsible for the musical design of the Grimme Preis in 2016 and recorded solo features for Marteria, among others. He also has his own radio show "Offbeat" on 917XFM from 2017 to 2020 and has curated the jazz concert program at Agathenburg Castle as artistic director since 2012.