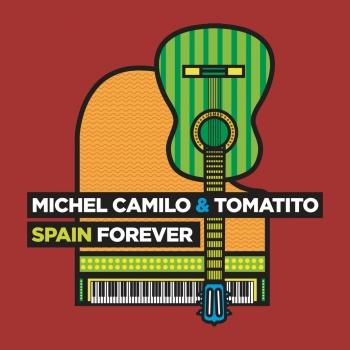 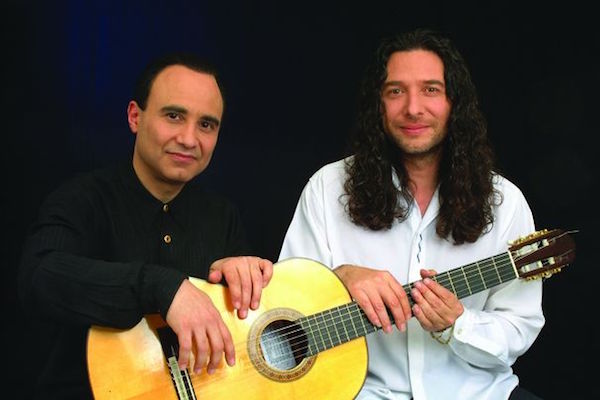 Michel Camilo
He is a composer and pianist extraordinaire. He is a bandleader, lecturer, and visiting professor. He is a chart-topping producer; a Grammy, Latin Grammy and Emmy award winner. He is the recipient of his native countryís highest civilian honors.
Michel Camilo is all of these things and more, wrapped in a human being of boundless enthusiasm, musical passion, and love of life. The artistry and virtuosity of Michel Camilo bridges the genres of Jazz, Classical, Popular and World music. He is a pianist with a brilliant technique and a composer who flavors his tunes with the spice of Caribbean rhythms and jazz harmonies.
To see him perform live is to witness the energy of a tropical storm being unleashed on 88 keys. Academy Award-winning filmmaker Fernando Trueba, who featured Camilo in his documentary film Calle 54, says: "Michel Camilo is one of the top all-around musicians. Whether it's jazz, classical, Latin American music or film music, Michel is in his element. Every time I see him play, I feel like I'm witnessing a miracle."
José Fernández Torres
known as Tomatito, is best known as the guitarist who accompanied Camarón de la Isla for the last eighteen years of the great singer’s life, collaborating with him on the seminal album La Leyenda del Tiempo (The Legend of Time), and many other essential flamenco recordings.
Since Camarón’s tragic death in 1992, Tomatito has ensured the evolution of flamenco guitar, as well as securing his own place as the leading flamenco guitarist of his generation and one of the greatest flamenco guitarists of all time. He has recorded six solo albums, winning a Latin Grammy for his 2004 album Aguadulce. In addition to his renown as a concert flamenco guitarist who has performed at international venues from the Palais de Beaux Arts in Brussels to London’s Royal Albert Hall, he has continued to cross new frontiers in an ongoing collaboration with Latin jazz pianist Michel Camilo. Tomatito and Camilo’s 2000 Grammy-winning album Spain was followed by Spain Again (2006).
Tomatito was born in Almería in 1958 into a family of great flamenco guitarists, including his father, Tomate, and uncle Niño Miguel. The family moved to Málaga when Tomatito was twelve, and there he began his musical career performing in flamenco clubs such as the Taberna Gitana, where he met Paco de Lucía among his audience, and Camarón de la Isla.
Tomatito has performed with many other great cantaores including Enrique Morente, La Susi, Vicente Soto and José Menese. His collaborations outside of the flamenco world include performances with Elton John and Frank Sinatra, John McLaughlin, Irakere and Chick Corea. He has written film and theatre scores and appeared in the movie “Devil’s Advocate” with Al Pacino.
In 2007, he paid homage to Camarón at Malaga’s flamenco biennial with a performance he called Camaroneando. Since then, he has continued to tour the top venues of the globe with his group. Hong Kong Festival, Abu Dhabi Cultural Week, Cartagojazz Tunisia, Salle Pleyel Paris, Moscow International House of Music, Festspielehaus Baden Baden, Filharmonie Koln and Bulgaria National Concert Hall are just some of the stages the Sextet has visited in recent years.
Winner of several Grammy awards (2000, 2001, 2005 and 2010) Tomatito’s major successes have made him the mature, elegant guitarist that now brings us “Soy Flamenco.”
“Soy flamenco” defines the ultimate flamenco fan. A person who pours his heart and soul into promoting flamenco day after day, hence the name of the debut single and album, “Soy Flamenco.”
His latest production features collaborations from two exceptional guitarists: Paco de Lucía joins him on “Corre por mis venas” and his good friend José Monge “Camarón de la Isla,” who discovered him years ago, performs a flawless seguiriya on “El Regalo.” A feast for the ears.
Bulerías, Soleas, Tangos, Rondeñas, seguiriyas and rumbas on one CD. Ten tracks that are all about flamenco guitars. “Soy Flamenco” is flamenco at its best.