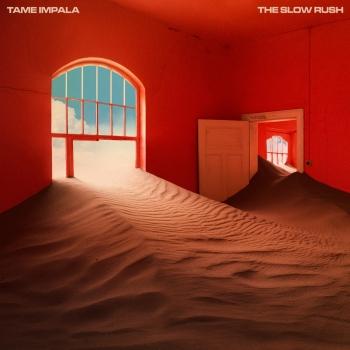 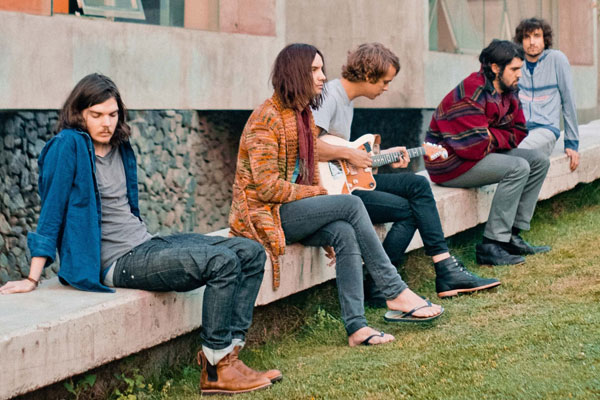 Tame Impala
are Kevin Parker, Cam Avery, Julien Barbagello, Dominic Simper, and Jay Watson. Loosely formed in 2007 from a collection of Perth bands, with some changes in members and configurations along the way, one thing remains consistent -- a shared love for rock, blues, jazz, psychedelic -- pretty much, music. Tame Impala's first release, a self-titled EP, debuted in 2008, followed by their first album "Innerspeaker" in 2010. The second, often feared but sublimely successful long-player "Lonerism " was released in 2012. They've been touring to support ever since.
Wow. Who are we kidding? You know this story. You also know that whether you're listening to an album, or watching a live show, Tame Impala is an experience that is actually mind-blowing, saturated with simplistic beauty and boundless creativity.
It was the release of "Innerspeaker" (2010) that made the world stand up and take notice of these boys from Perth. It was thanks, in part, to its irreverent, contemporary spin on assumedly dead and forgotten sounds, as well as its unique, infinitely surprising way around a melody. "Innerspeaker" was recorded and produced entirely by Kevin in a treehouse with 180-degree views of the Indian Ocean. With Flaming Lips' Dave Fridmann on mixing duties and Death in Vegas' Tim Holmes at the engineering wheel, "Innerspeaker" achieved the "absolutely explosive" sound that Parker was stretching to reach.
As each single rolled out from "Solitude is Bliss" to "Lucidity" to "Why Won't You Make Up Your Mind," the world had gone from taking notice to ecstatically jumping up and down with madly flailing arms. Tours were organized, festival offers came through thick and fast, Jimmy Fallon called, and the world got to see, instead of just hear, what it was all about.
After the "Innerspeaker" chapter came to a close, the boys enjoyed a momentary respite. It wasn't long until Kevin dove back into the creative wormhole with the ideas for album number two, this time extracting the sounds from his brain by way of his trusty home recording studio. Thankfully, a portable set-up, this album was recorded around the globe, most prominently in Perth and Paris. Again, mixed by Dave Fridmann, the end result was "Lonerism," gifted to the incredibly eager world in October 2012.
In Kevin's own words, "Lonerism" incorporates "an expanded sonic palette, more emotional song writing, and a more pronounced narrative perspective." The song writing is as joyously screwy as ever. Songs swerve when you expect them to duck, and turn in on themselves when you expect them to straighten out, there's so many melodic curveballs, it's marvellously dizzying.
With singles like "Elephant," "Feels Like We Only Go Backwards" and "Keep On Lying," "Lonerism" is lyrically sweet and casual, relaxed but at times deadly serious, and remarkably, deeply amorous.
"Lonerism" received worldwide praise and endorsements from fellow artists and A-listers, garnered all-star ratings from industry and tastemakers, including perhaps the most heart-melting accolade of them all, the adorable kids of PS22 covering "Feels Like We Only Go Backwards".