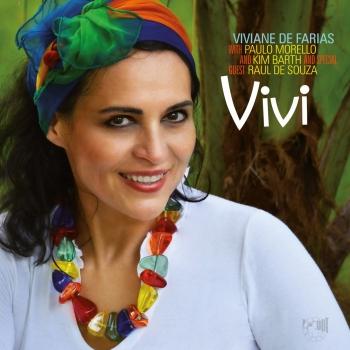 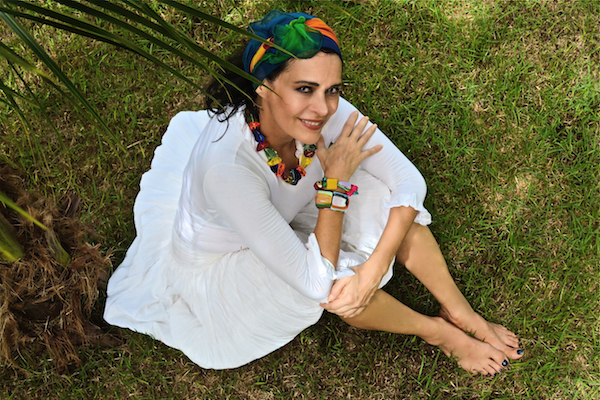 Viviane de Farias
Born in Ipanema, Viviane de Farias grew up in Rio de Janeiro and Los Angeles. Her solid classical background, her "warm and caressing voice", of an "extremely wide register and deep lyrical emotionality", her "bewitching refinement" and "impeccable vocal technique" earned her the reputation of "one of the top brazilian singers" abroad. As a lyric soprano, she lent her voice to more than many projects in both ancient and contemporary classical music with heavy weights such as Placido Domingo, Kurt Masur and Zubin Mehta. She dedicated herself to folklore, jazz and chanson with the same passion and enthusiasm as to the so-called serious music. Viviane de Farias' interpretations are a mixture of such diverse styles. Her "dynamic exuberance and elegant phrasing", her "love and respect for melody" make her an "interpreter of uncommon expressivity". A remarkable debut at the State Opera in Rio de Janeiro when she was only twenty years old vaulted her to the forefront of her generation of vocalists in Brazil.
After thirteen years of an impressive career on classical vocal music and interdisciplinary performance, she finally turned to her passion, the vast musical heritage from Brazil. She has been working since then basically with jazz musicians, exploring a repertoire that combines brazilian rhythms and jazzy improvisations. Her first solo album "Moment of passion" - (A hora da paixão, original song from brazilian legend Johnny Alf) was received with great critical acclaim and was a German critic's award nominee.
As a well respected and highly sought-after guest vocalist, Viviane has worked on various genre-bending collaborations. Her musical activities have taken her all over her native Brazil and to festivals and venues in Germany, Spain, France, Hungary, Austria, Switzerland, Italy, Japan, the USA, South Korea, Africa and Madagascar. Viviane de Farias currently lives in Germany.