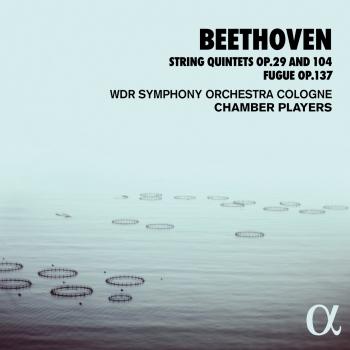 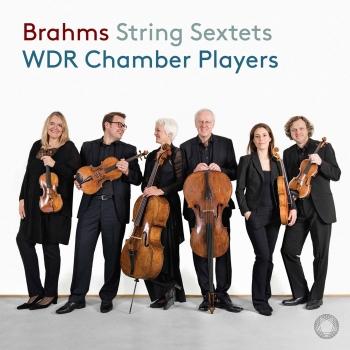 Ye Wu
Chinese violinist Ye Wu took her first violin lessons in her home town Shanghai before continuing her studies in the USA as well as in Berlin, where she graduated in 2007 as a “Meisterschülerin” (= master pupil) of Guy Braunstein, the leader of the Berlin Philharmonic. A sought-after violinist, she has since been invited to perform with many orchestras, playing under such conductors as Kurt Masur, Christoph Eschenbach, and Valery Gergiev. Ye Wu is the winner of several international violin competitions, and enjoys a global reputation as a soloist. Since 2014, she has been the leader of the WDR Symphony Orchestra Cologne.
Andreea Florescu
was born to a musical family in Romania, and received her first violin lessons, together with her twin sister, from her grandfather. When still very young, she won numerous prizes at various national competitions, finally continuing her violin studies in Bucharest with Gabriel Croitoru: in 2002, she moved to Munich to study with Urs Stiehler and Lorenz Nasturica, the leader of the Munich Philharmonic. Following an internship at the NDR Symphony Orchestra, she was appointed to the Orchester der Städtischen Bühnen Frankfurt; and since 2006, Andreea Florescu has been a member of the first violin section in the WDR Symphony Orchestra.
Tomek Neugebauer
was born in Poland and first graduated as a violinist before beginning to study the viola under Barbara Westphal. Later, he continued his studies with other internationally renowned teachers such as Hatto Beyerle, Shmuel Ashkenasi and Heidi Castleman. He has received multiple grants and awards in numerous national and international competitions. Since 2014, he has been a viola-player in the WDR Symphony Orchestra. Together with the Interface Quartet (the string quartet ensemble he founded in 2007), he concluded his master studies in chamber music in 2012 under the Szymanowski Quartet. Since then, he has given chamber-music recitals all over Europe, as well as in North and South America, recording various CDs for the German radio stations.
Mischa Pfeiffer
come from southern Germany. His first appointment was as deputy solo viola-player of the Beethoven Orchestra Bonn, before being engaged as viola-player in the WDR Symphony Orchestra in 2015. He completed his viola studies with Thomas Selditz and Barbara Westphal. While still a student, he became a member of the Vela Quartet (string quartet ensemble), with which he studied under the Artemis Quartet, also receiving important artistic inspiration from the Alban Berg Quartet and the Julliard String Quartet. He and his string quartet have received grants and awards from the “Villa Musica Stiftung” (= foundation).
Susanne Eychmüller
attended master classes given by Gregor Piatigorsky and Mstislav Rostropovich, after studying with Heinrich Schiff and Boris Pergamenschikow at the Cologne Conservatoire. She won numerous prizes as a soloist before becoming deputy solo cellist at the WDR Symphony Orchestra in 1985. Together with her Beethoven Trio Ravensburg, which has also received many awards, she has performed all over the world; and in 1989, the Trio created the “Wolfegger Wintermusik” – its own chamber-music festival, at which renowned soloists and ensembles have since gathered each year to perform music.