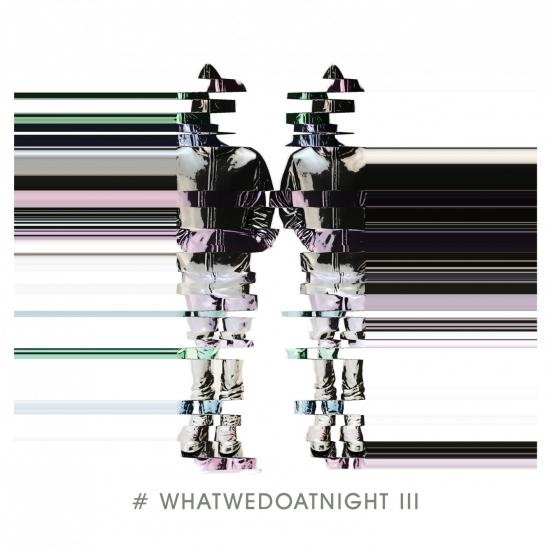 Extended Versions is designed and signed as a reference on your choice of several exchangers file. Blank & Jones have been hugely important in the history of electronic music. During their carrer they never knew any musical boundaries and worked with famous pop stars like Robert Smith The Cure, Pet Shop Boys and Keane to name just a few.
Their sound evolved with the years and so did their Worldwide success. To date they released 11 artist albums, which all charted in the sales charts and cover such various styles like Electronica, Ambient, Lounge, Trance, Dance Music. Their great variety is also proved by the highly acclaimed compilations like so8os which pays tribute to the original club mixes of the 80s or Milchbar and Chilltronica where they bring the listener new soundscapes of downbeat music.
Blank & Jones

Piet Blank & Jaspa Jones are Blank & Jones - Germanys most successful DJ and Production Team.
They have written and produced club and single hits like Perfect Silence, A Forest, Mind Of The Wonderful, The Nightfly, DJ Culture, Cream, and many more. As remixers they got a respected name by remixing top artists like Pet Shop Boys, Chicane, Moby, Wolfsheim, Sarah McLachlan, ... to name a few.
Next to their productions, Blank & Jones are known for their massive powerfull DJ sets, playing at big festivals like Mayday, Nature One, Trance Energy, Innercity, Earth Core, Mysteryland and Loveparade (with own lovetruck and spinning at the victory column) several times. They love to play in clubs as well and the crowd loves them. Last year Blank & Jones played the world wide famouse clubs from The Gallery (London) via Godskitchen (Chicago) to the Avalon (New York City). In 2005 the british DJ MAG Top 100 saw Blank & Jones on No. 31 (the 4th year in a row rising!). They are as well every month in the very popular "The DJ List Top 20 - www.thedjlist.com" which shows the current DJ popularity.
Not to forget their successful weekly radio shows on one of germany's biggest youth channel N-Joy and internet biggest dance station DI.fm plus their own DJ Mix Compilation series THE MIX, one of the leading dance compilations.
In 2006 Blank & Jones will continue the touring, spreading the Blank & Jones party sound to the party people all over the world, gigs are planed already e.g. in Canada, USA, Turkey, Russia, China, Germany, Sweden, Malaysia, South Korea, Japan, Australia, Poland ...