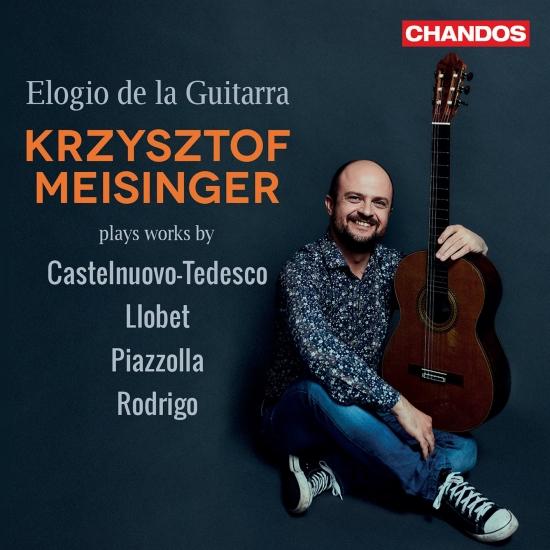 For this, Krzysztof Meisinger's Chandos debut, he has selected a diverse programme of Spanish, Italian, and Argentine works that demonstrate both his technical mastery and his innate musicianship. Rodrigo’s Invocación y danza and Elogio de la guitarra were composed a decade apart, and written for the guitarists Regino Sainz de la Maza and Angelo Gilardino, respectively. Miguel Llobet Solés was a pupil of Tárrega and the teacher of Segovia, thus playing an important role in the Spanish guitar tradition. Segovia was the dedicatee of Castelnuovo-Tedesco’s Capriccio diabolico, a homage to Paganini. Although much music by Piazzolla has been arranged for guitar, his Cinco Piezas, published in 1981, are the only works he wrote specifically for the instrument. Krzysztof Meisinger plays a copy of a guitar by Ignacio Fleta Pescador (1897-1977), built by Anders Sterner and equipped with Knobloch strings.
Krzysztof Meisinger, classical guitar 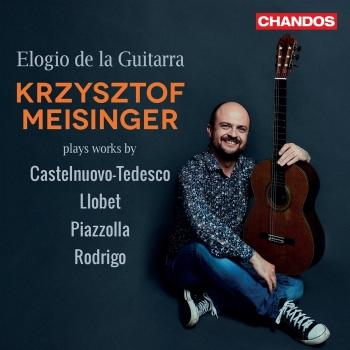 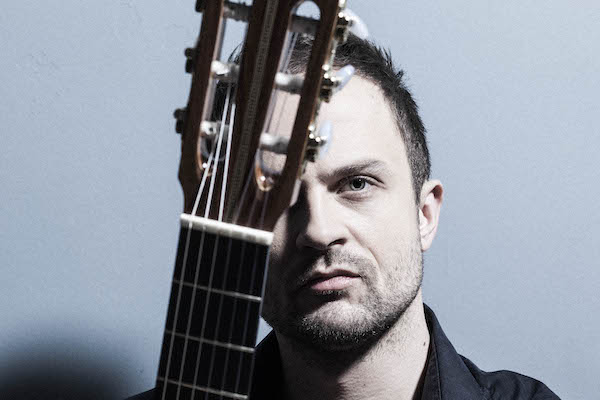