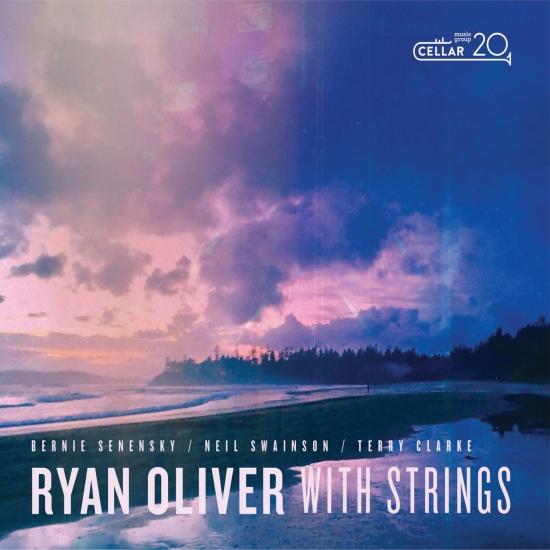 Info for With Strings

A collaborative musical effort with Mark Crawford's sophisticated and thoughtful arrangements elevating saxophonist Ryan Oliver's compositions to new heights. The incredibly talented 12-piece string orchestra breaths life into these songs backed by the world class Canadian rhythm section of Terry Clarke on drums Neil Swainson on bass and Bernie Senensky on piano.
"To say that this recording is a collaborative musical effort is an understatement. Mark Crawford’s sophisticated and thoughtful arrangements elevated my original compositions to new heights; the incredibly talented 12-piece string orchestra breathed life into those ideas; and Terry Clarke, Neil Swainson and Bernie Senensky formed an incomparable rhythm section, lending a level of heavy-hitting artistry than can only come from a prolific career forged in the tradition of jazz music. The compositions represent almost cinematic snapshots of people, places and experiences that influenced my life and music, from the birth of my daughter, celebrated in the up-tempo triadic Blues for Josie Rose to the western landscape of the Cariboo where I grew up, captured in the haunting strings of The Ballad of Buffalo Bill. Hearing 16 musicians performing this music together, live off the floor, was a dream come true. Recorded at a time when the arts need more than ever to be nurtured and recognized as an important part of our world, to me this album represents the excitement of creativity and the power of collaboration - I hope you enjoy it!" (Ryan Oliver)
Ryan Oliver, tenor saxophone
Bernie Senensky, piano
Neil Swainson, bass
Terry Clarke, drums 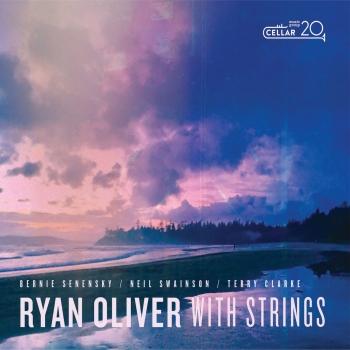 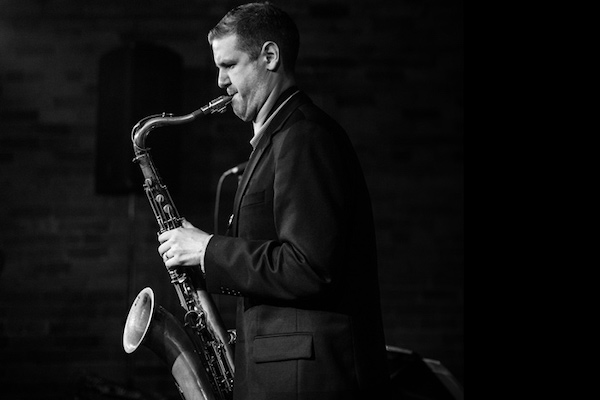 Ryan Oliver
A Juno-nominated, Victoria-based saxophonist, Ryan Oliver honed his craft on Canada’s west coast before moving to Amsterdam, Toronto and New York. Since returning to Vancouver Island, he has maintained a busy schedule as one of Canada’s most in-demand saxophonists. His 2012 album, “Strive” features legendary jazz drummer Victor Lewis. Oliver has toured Canada, India, Australia, New Zealand, South America, Europe and the United States with the legendary eclectic jazz group, The Shuffle Demons. He is also a member of Juno award winning blues/rock performer Derek Miller’s group. The band has traveled throughout North America, including performances at the New Orleans Jazz Festival, the Aboriginal Achievement Awards (broadcast on CTV), and Toronto’s Dundas Square. Oliver was featured in the horn section on “Derek Miller and Double Trouble”, featuring Stevie Ray Vaughn’s heralded rhythm section Double Trouble and musical icon Willie Nelson.
The recording was nominated for a Juno in 2011. Oliver was also a member of the house band for Miller’s television series The Guilt Free Zone airing on the Aboriginal People’s Television Network. The Cookers, a group Oliver co-leads and toured extensively throughout Canada, appearing on numerous recordings and broadcasts, including a live video broadcast for CBC. He has received numerous Canada Council and Toronto and Ontario Arts Council grants for touring, recording and education and was nominated for the 2013 Prix De Jazz for the Montreal Jazz Festival. Oliver’s debut recording, “Convergence” was selected by CODA Magazine as one of the top 10 Canadian jazz releases of 2007.
Oliver holds a Masters degree in music from Rutgers University, where he led the undergraduate big band, and has taught saxophone and ensemble clinics at universities throughout the world for over 20 years. He currently teaches saxophone to students throughout Vancouver Island and instructs student and adult jazz combos in Victoria. Oliver has worked as an adjudicator for the Fraser MacPherson Scholarship (which he also received in 1998) and the Victoria and Powell River Jazz Festivals. In 2017, Oliver took over as the Executive Director for the Comox Valley Youth Music Centre (CYMC), Canada’s longest running music camp.