The Doors (Remastered) The Doors 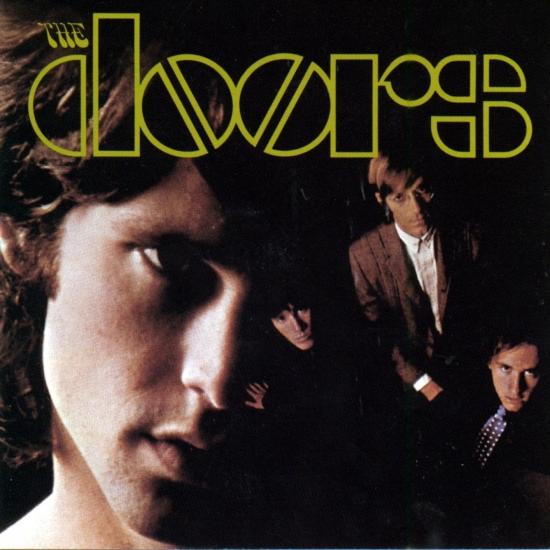 Info for The Doors (Remastered)

The Doors, first released in January 1967, is one of rock music's most famous debuts. It hit #2 in Billboard®, and delivered the #1 signature smash 'Light My Fire' plus 'Break On Through,' 'The Crystal Ship,' and 'The End.' In-depth essay by Ben Fong-Torres (a principal Rolling Stone writer during the Doors heyday). Three bonus tracks include alternate takes of 'Moonlight Drive' and a previously unissued version of 'Indian Summer.'
'Sgt. Pepper’s bestrode 1967 like a kaleidoscopic colossus, but another album arguably even more revolutionary appeared that year. The eponymous debut of The Doors took popular music into areas previously thought impossible: the incitement to expand one’s consciousness of opener Break on Through was just the beginning of its incendiary agenda.
The Doors were those most dangerous of revolutionaries: populists. Their hooky melodies and the tousle-headed Greek God looks of lead singer Jim Morrison opened gates and hearts that their intellectualism and frequent musical exoticism might otherwise have caused to be closed to them. Meanwhile, that they made a concession to The Man they loudly despised by cutting down their awe-inspiring percolating anthem of lust Light My Fire from seven minutes to three for single release set them on the path to being Hit Parade regulars.
Light My Fire is the highlight of this set, but there are several other gems, particularly the glittering, stately The Crystal Ship and the playfully sensual Twentieth Century Fox. Though often excellent, The Doors is never warm. Icicles seem to hang off its organ-dominated music, however beautiful, while Morrison’s bombastic baritone is never going to lend intimacy.
Willie Dixon’s Back Door Man, covered competently herein, is a song of insinuation but the shocking innovation going on in epic closer The End inhabits a realm beyond innuendo. At a time when frank discussion of sex is still taboo, Morrison gleefully and comprehensively explores Freudian theory and Oedipal myth. That rock had never heard anything as daring gave The End a feeling of quality by default at the time, but the track has not dated well. Liberalization of media content made it seem banal, then even ludicrous, surprisingly quickly. The End’s transition from radical to risible was rather unfortunate for the original vinyl side two of the album: much of it consisted of songs that seemed like the watery dregs of side one’s flavorsome casket.
The best parts of The Doors remain remarkable even where their revolutionary nature has been obscured by time. In fact, time has provided a disappointment of a different sort: subsequent corrected remasters have revealed we were enjoying The Doors all these years at – Ye Gods! – the wrong speed.' (Sean Egan, BBC Music)
Jim Morrison, vocals
Ray Manzarek, organ & keyboards
Robby Krieger, guitar
John Densmore, drums
Produced by Paul A.Rothchild
Rolling Stone '500 Greatest Album of All Time' #42
Digitally remastered.