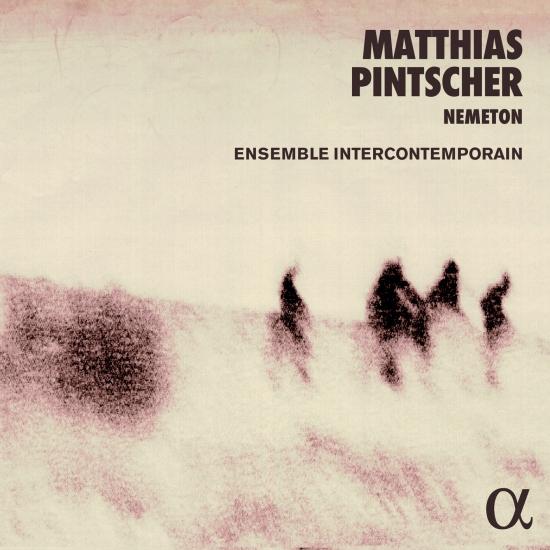 ‘Going all the way back to the Celts and the Druids, the term nemeton designates a place where forces and energies are crystallised, generally clearings where solemn or ritual actions were performed. The best-known nemeton is certainly Stonehenge. The architectural marvel of Chartres Cathedral is built on a nemeton. In composing this piece for solo percussion, I wanted to depict a “place” of this kind by means of sound. I’m utterly fascinated by the instrumentarium of this work, consisting chiefly of metal, wood and skin instruments that don’t have their own “specific” resonance. The trajectories between the different tones condition and define the energy charge, rather as if two beings, in the mad hope of an encounter, were rushing towards each other’, writes Matthias Pintscher as an introduction to one of the pieces in this monograph of works composed between 2000 and 2018: it also includes his violin concerto Mar’eh, the concerto for piano and ensemble Nur, Beyond for flute, Verzeichnete Spur, Lieder und Schneebilder, Celestial Object I & II and Occultation.
Ensemble InterContemporain:
Victor Hanna, percussion
Diego Tosi, violin
Nicolas Crosse, double bass
Dimitri Vassilakis, piano
Sophie Cherrier, flute
Yeree Suh, soprano
Clément Saunier, trumpet
Jean-Christophe Vervoitte, horn
Ensemble Ulysses
Matthias Pintscher, direction 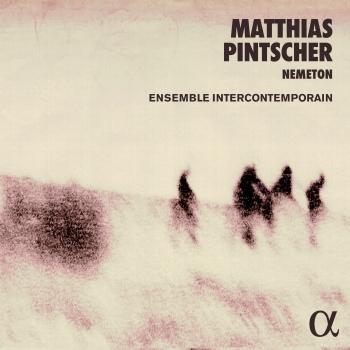 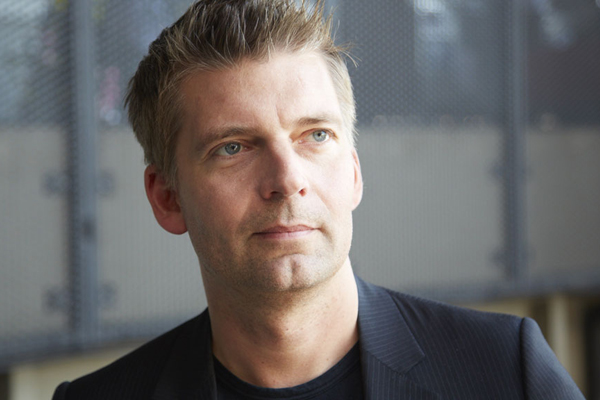 Ensemble InterContemporain
In 1976, Pierre Boulez founded the Ensemble intercontemporain with the support of Michel Guy (who was Minister of Culture at the time) and the collaboration and Nicholas Snowman.
The Ensemble’s 31 soloists share a passion for 20th-21st century music. They are employed on permanent contract, enabling them to fulfill the major aims of the Ensemble: performance, creation and education for young musicians and the general public. Under the artistic direction of Matthias Pintscher the musicians work in close collaboration with composers, exploring instrumental techniques and developing projects that interweave music, dance, theater, film, video and visual arts.
In collaboration with IRCAM (Institut de Recherche et Coordination Acoustique/Musique), the Ensemble intercontemporain is also active in the field of synthetic sound generation. New pieces are commissioned and performed on a regular basis.
The Ensemble is renowned for its strong emphasis on music education: concerts for kids, creative workshops for students, training programs for future performers, conductors, composers, etc.
Resident of the Cité de la musique – Philharmonie de Paris, the Ensemble performs and records in France and abroad, taking part in major festivals worldwide.
The Ensemble is financed by the Ministry of Culture and receives additional support from the Paris City Council.
Matthias Pintscher
is the Music Director of the Ensemble Intercontemporain, the world’s leading contemporary music ensemble founded by Pierre Boulez. In addition to a robust concert season in Paris, he tours extensively with the orchestra throughout Europe, Asia, and the United States. In the 2020/21 season, Pintscher also begins a three-season appointment as the Cincinnati Symphony Orchestra’s new Creative Partner. Known equally as one of today’s foremost composers, Pintscher’s works are frequently commissioned and performed by major international orchestras.
In the 2020/21 season, Matthias Pintscher will lead a new production of Lohengrin at the Staatsoper Unter den Linden in Berlin directed by Calixto Bieito, and returns in the spring to also conduct Wozzeck. He makes debuts with the Oslo Philharmonic, Swedish Radio Symphony, and Barcelona Symphony. Return invitations this season include the symphony orchestras of Baltimore, Detroit, and San Diego; New World Symphony in Miami, Royal Concertgebouw Orchestra, and BBC Scottish Symphony Orchestra. With the Ensemble Intercontemporain, Pintscher will perform concerts in Paris and Berlin, including a semi-staged multimedia presentation of Olga Neuwirth’s The Outcast, as well as a number of new work commissions.
In summer 2020, Matthias Pintscher served as Music Director of the 74th Ojai Music Festival. Highlights of the 2019/20 season included his debut at the Vienna State Opera conducting the premiere of Olga Neuwirth’s new opera Orlando, and debuts with the Montreal, Pittsburgh, Houston, and Baltimore symphonies. He also conducted the premiere of his new work for baritone, chorus, and orchestra, performed by Georg Nigl and the Symphonieorchester des Bayerischen Rundfunks at the Musica Viva festival in February 2020.
Pintscher has held many titled positions, most recently as the BBC Scottish Symphony Orchestra’s Artist-in-Association for nine seasons. In 2018/19, he served as the Season Creative Chair for the Tonhalle-Orchester Zürich, as well as Artist-in-Residence at the Los Angeles Chamber Orchestra. An enthusiastic supporter of and mentor to students and young musicians, Pintscher was Principal Conductor of the Lucerne Festival Academy Orchestra from 2016-2018 and has worked with the Karajan Academy of the Berlin Philharmonic.
Matthias Pintscher began his musical training in conducting, studying with Pierre Boulez and Peter Eötvös in his early twenties, during which time composing soon took a more prominent role in his life. He rapidly gained critical acclaim in both areas of activity, and continues to compose in addition to his conducting career. A prolific composer, Pintscher's music is championed by some of today's finest performing artists, orchestras, and conductors. His works have been performed by such orchestras as the Boston Symphony, Chicago Symphony, Cleveland Orchestra, New York Philharmonic, Philadelphia Orchestra, Berlin Philharmonic, London Symphony Orchestra, Royal Concertgebouw Orchestra, and the Orchestre de Paris, among many others. He is published exclusively by Bärenreiter, and recordings of his works can be found on Kairos, EMI, Teldec, Wergo, and Winter & Winter. Matthias Pintscher has been on the composition faculty of the Juilliard School since 2014.