40 Tours Around The Sun (Live) Toto 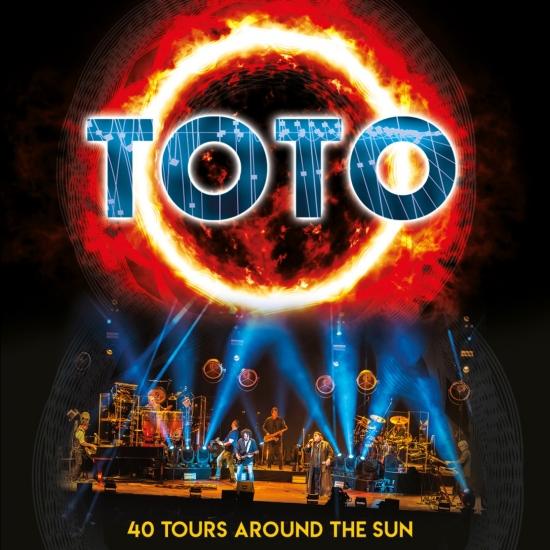 Info for 40 Tours Around The Sun (Live)

When Hold The Line crashed into the charts all over the world in 1978 Toto had no idea how long their career would last. 40 years later Toto celebrate their career with this stunning concert at Amsterdam’s Ziggodome performing their monster hits Africa, Rosanna, Hold The Line, Stop Loving Youand many more. In addition 40 Tours Around The Sun features a Storytellers segment in which the band’s four key figures, David Paich, Steve Lukather, Steve Porcaro and Joseph Williams, plunder their back catalogue, describe the background behind their first demo and reveal the genesis of Michael Jackson’s Human Naturewritten by the band’s Steve Porcaro. In front of 17,000 fans this concert features songs from Toto’s first album to their latest release and includes rarely played gems such as the complex instrumental Jake To The Boneand the theme to David Lynch’s Dune.
This live performance was filmed and recorded in front of a sold-out crowd exceeding 18,000 fans on March 17, 2018 at the Ziggo Dome in Amsterdam. TOTO performed a wide range of songs, including hit singles, rarely performed live deep cuts, and two recently recorded tracks which appeared on their new Greatest Hits album (40 Trips Around The Sun).
TOTO will be busy in 2019. The band just returned from a standing room only run of Australia and New Zealand, and head to Japan (including a sold out show at Budokan in Tokyo) and Indonesia in February. This spring in to the Summer, they’ll stage a long tour of Europe, combining top billing festival appearances and headline dates, after which they’ll bring their “An Evening With” show to North America this Fall. The 40 Trips Around The Sun tour is the band’s most extensive run in years with many more announcements to come.
With over 40 years together and literally thousands of credits, including the biggest selling album of all time: Michael Jackson’s Thriller, and accolades to their names, TOTO remains one of the top selling touring and recording acts in the world. They are the benchmark by which many artists base their sound and production, and they continue to transcend the standards set by the entire music community, being simply synonymous with musical credibility. Their repertoire continues to be current via high profile usage on broadcast television. They are pop culture, and are one of the few 70’s bands that have endured the changing trends and styles to a career enjoy a multi-generational worldwide fan base.
Steve Lukather, vocals, guitars
David Paich, vocals, keyboards
Joe Williams, vocals
Steve Porcaro, keyboards
Shem von Schroeck, bass
Warren Ham, saxophone, vocals
Shannon Forrest, drums
Lenny Castro, percussion

The Seventh One (Remastered)

40 Tours Around The Sun (Live)

Greatest Hits: 40 Trips Around The Sun