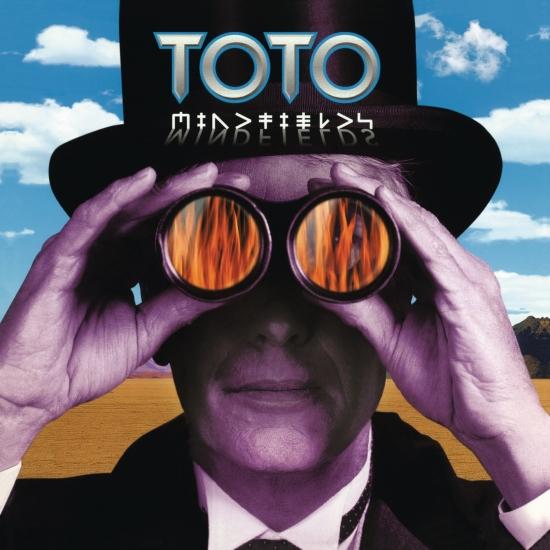 Mindfields is the 10th studio album (though counted as the 11th album overall — see Toto XIV) by the American rock band Toto. It was released on November 16, 1999. Mindfields saw the return of vocalist Bobby Kimball, who had departed the band following the 1982 album Toto IV. And this was also the last Toto album to feature keyboardist/vocalist David Paich before his semi-retirement in 2005 until his return to the band in 2010.
Mindfields marks Bobby Kimball’s return to the fold after a 14 year absence. Much to the disappointment of their US fans, Mindfields was only released in the US 6 months after its initial release in Japan and Europe in March 1999 but was not released in the United States until the fall of 1999. It also featured a rather different track-listing.
Besides the obvious, the most noticeable change between Mindfields and 1995's Tambu is that the band sounds more self-assured. They'd dealt with the loss of drummer Jeff Porcaro and were ready to move on.
Mindfields shows that the ingredients had started to come together for the band's creative "rebirth", making this album the band's "re-conception". It contains many incredible tracks (“Spanish Steps Of Rome”, “Better World (Pts. 1, 2, & 3)”, “Last Love”, and “No Love”), with even the “weaker” tracks impressive (“High Price Of Hate”, “Selfish”, and “Caught In The Balance”), being admirable attempts at genres the band had not previously attempted. Toto was created to be a band that would be all-encompassing of all the various different musical styles, and Mindfield demonstrates that ethos. (Toto was not named after the dog from the Wizard of Oz as has been reported over the years as the sources of the band's name).
The different musical directions the various different songs take gives the album a bit more "schitzophrenic" feel than its follow-ups, which makes Mindfields sound more like a loose connection of unrelated songs than an actual album with any cohesive lyrical or musical theme.
Steve Lukather, guitars, lead vocals (tracks 1, 2, 6, 8, 11, 13), backing vocals (tracks 1, 4, 6, 8, 10-14)
David Paich, keyboards, vocals
Mike Porcaro, bass, cello
Simon Phillips, drums, percussion, loops, backing vocals
Bobby Kimball, lead vocals (tracks 2-5, 7, 9, 10, 12), backing vocals (tracks 3, 4, 8-10, 12, 13)
Lenny Castro, percussion
Clint Black, harmonica, backing vocals
Steve Porcaro, keyboards
Phil Soussan, backing vocals
Timothy B. Schmitt, backing vocals
Mark Hudson, backing vocals
Richard Page, backing vocals
Chris Thompson, backing vocals
Tom Scott, horns
Jim Horn, horns
Chuck Findley, horns
Gary Grant, horns
Bill Reichenbach, horns
Digitally remastered

The Seventh One (Remastered)

40 Tours Around The Sun (Live)

Greatest Hits: 40 Trips Around The Sun