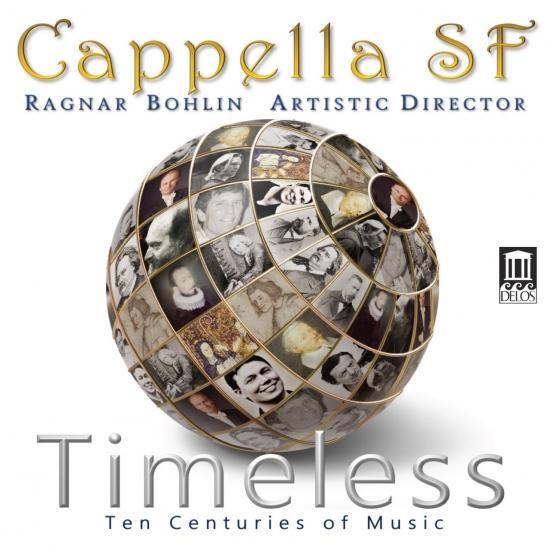 Since Grammy-winning San Francisco Symphony Chorus Director Ragnar Bohlin founded his own topflight chamber choir Cappella SF in 2014, a new dimension of a cappella choral excellence has graced the Bay Area’s (and the nation’s) musical scene.
Timeless—the ensemble’s third album for Delos—offers choral fans and history-minded classical music aficionados a rare smorgasbord of choral compositions encompassing every musical period of the past millennium. Selections range from the chant-based music of Hildegard von Bingen and Guillaume de Machaut to stunning pieces by such distinguished living composers as Arvo Pärt, Eric Whitacre, Frank Ticheli and Ola Gjeilo—and all points in between.
Any serious music lover who wishes to trace the evolution of Western choral music from its ancient beginnings to contemporary times will find this stunning new album to be a truly ear-grabbing revelation.
“I frankly was so captivated by the performances—above all, the beautiful sound and clear articulation of the parts — that I barely noticed the change from one composer to another…” (San Francisco Classical Voice)
Cheryl Cain, soprano Cappella SF
Ragnar Bohlin, conductor 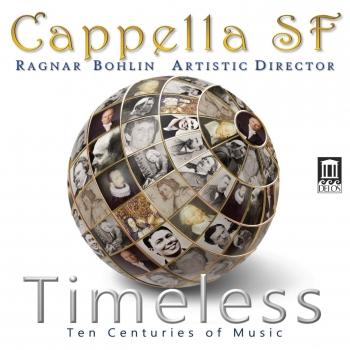 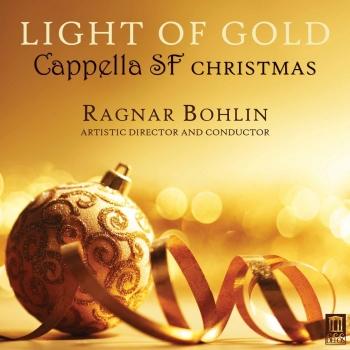 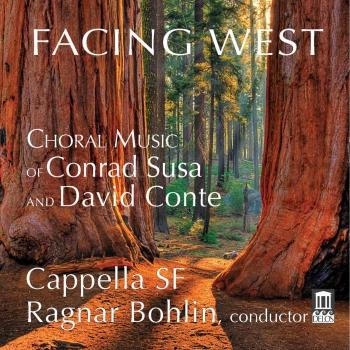 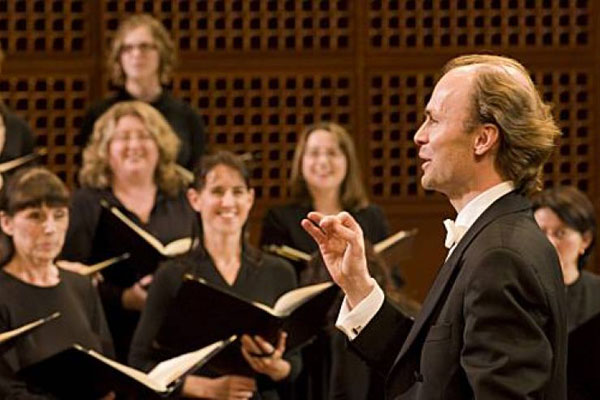 Ragnar Bohlin
was named Director of the San Francisco Symphony Chorus in 2007. With them he has conducted such piec- es as Carmina Burana, Handel’s Messiah, Bach’s Christmas Oratorio and B Minor Mass and Poulenc’s Figure Humaine. He regularly prepares this ensemble for per- formances under internationally renowned conductors. His outstanding work has been recognized with a GRAMMY Award for Best Choral Performance for Mahler’s Sym- phony No. 8 with Michael Tilson Thomas and the San Francisco Symphony.
Guest conducting engagements have taken him to many parts of the world, including the São Paulo Symphony in Brazil and the Malmö Symphony Orchestra in Sweden. In October 2014, Bohlin made his debut with the Stavanger Symphony and in De- cember with the Edmonton Symphony in Canada. He served as guest director of the world-renowned men’s ensemble Chanti- cleer in the 2014-15 season.
Mr. Bohlin has worked frequently with The Swedish Radio Choir and conducted them on their 2010 tour of the United States. He has also appeared with the Ericson Chamber Choir and the Opera Chorus of Stockholm. He was choirmaster of Stockholm’s Maria Magdalena Church and appeared regularly on Swedish radio with the Maria Magdale- na Motet Choir and The Maria Vocal En- semble. Mr. Bohlin toured internationally with his Swedish choirs, earning prizes in international competitions, and distinctions including the prestigious Johannes Norrby Medal in 2006 for expanding the frontiers of Swedish choral music making.
Mr. Bohlin studied conducting with re- nowned conducting teacher Jorma Panula and the legendary choir director Eric Eric- son, piano with Peter Feuchtwanger in Lon- don, and singing with the great Swedish ten- or Nicolai Gedda. He holds a master’s degree in organ and a diploma degree in conducting from the Royal Academy of Music in Stock- holm. Mr. Bohlin is on the faculty of the San Francisco Conservatory of Music. In 2013 he was awarded the Swedish America Chamber of Commerce Cultural Award.
In 2014 he founded the professional cham- ber choir Cappella SF in San Francisco, and has already recorded two CDs with them.
Cappella SF
a professional chamber choir, was established in 2014 by Ragnar Bohlin, its artistic director. By early 2015, the choir had recorded music for two compact discs and presented four concerts. Distinguished composers Fredrik Sixten and David Conte (cur- rently the choir’s Composer-in-Residence) have written two works apiece for Cappella SF, all of which were premiered by the ensemble. One of the Sixten pieces, “Song of the Star,” is presented here in its world premiere recording. Cappella SF is proud to present this, its first recording. Considering a cappella music to be “...an art-form unto itself, both magical and transformative,” GRAMMY award-winning Maestro Bohlin strives to show- case the choral riches of all musical periods at the highest artistic level with Cappella SF.