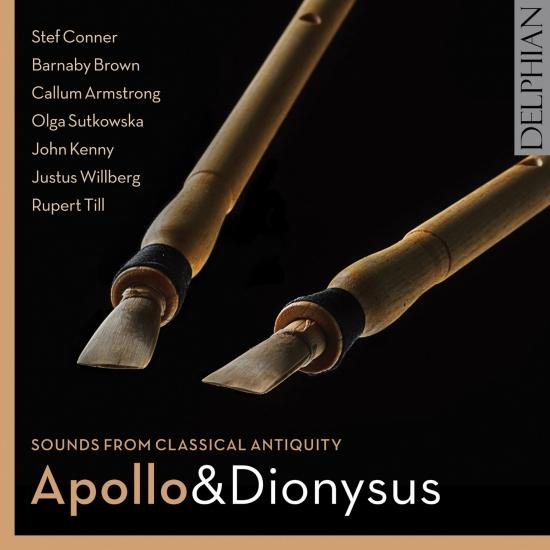 The Greek and Roman cultures of classical antiquity have left an indelible mark on European society. The Greek ‘muse’ is the origin of our concept of ‘music’, and ancient Greek culture included concert performances with a listening audience, hundreds of years before the rest of the continent.
This fifth and final volume in Delphian’s landmark collaboration with the European Music Archaeology Project includes pieces based on fragments of musical notation, found by archaeologists carved into stone or written on papyrus and dated to between 300 BC and 300 AD, as well as new music created to give a contemporary voice to the instruments of the period. Reconstructed by experts drawing on the latest archaeological research, these include the aulos – a double-reed instrument played in pairs and often depicted as belonging to the retinue of the god Dionysus – and the hydraulis, or Roman water organ.
“From ancient to modern at the flick of a switch: with music from over two millennia ago and music written yesterday, our sonic choices are disorientingly diverse … Apollo & Dionysus does not claim to be reconstructing the sounds of classical antiquity, but aims to create something more ambitious. The reconstructed instrument technology is impressive, from the growling trombone-like lituus and the eloquent twin-piped aulos, to the water-driven hydraulis organ. I was convinced by Stef Conner’s Delphic Paean, while the duet aulodia is pure Steve Reich.” (The Observer)
“Blowing the dust off our musical past – Delphian’s final disc with the European Music Archeology Project taps into the most authentic ancient sound world yet.” (Gramophone)
Stef Conner, voice, lyre
Barnaby Brown, aulos
Callum Armstrong, aulos, plagiaulos
Olga Sutkowska, aulos
Justus Willberg, hydraulis, aulos
John Kenny, lituus
Rupert Till, bell, hydraulis (drone), cymbals 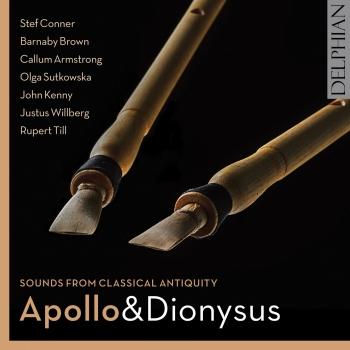 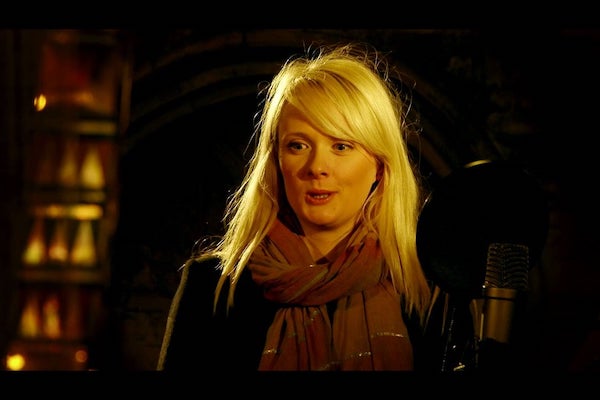 Stef Conner
After graduating form the University of York with a starred first in Music, Stef Conner began her career as pianist and backing singer in the Northumbrian folk band The Unthanks (then Rachel Unthank and the Winterset), performing all over the world and appearing on television and radio, including performances at the Barbican, Covent Garden Opera House, Glastonbury, Womad, the BBC Folk Awards and the Mercury Music Awards. Stef’s first gig with the band received a 5-star review from Observer critic Paul Morley and her performances with the group were consistently highly praised. Touring with the Unthanks meant that she was also fortunate enough to support, and sometimes collaborate with other inspiring artists, including Billy Bragg, the Thompsons, Lau, Devon Sproule, Adele and Ben Folds. Although Stef parted ways with the Unthanks in 2009, the English folk tradition, and the band’s raw and affecting approach to storytelling through song, made a huge impact on her style.
Since leaving The Unthanks, Stef has carved a niche for herself in the misty borderlands between the classical and traditional music worlds, combining the intense emotional sincerity of traditional song with jazz-infused contemporary harmony and a palette of techniques drawn from the study of ancient music and poetry. In 2014, she released her debut album The Flood, with her group the Lyre Ensemble. Showcasing beautiful new music in ancient Mesopotamian languages, accompanied by a reconstruction of the 4500-year-old Gold Lyre of Ur, the album became something of an online phenomenon, with well over a million listens on one website alone, as well as features in publications like Newsweek, New Scientist, the Guardian and fRoots. A stream of exciting and unusual performances followed at venues like the Ashmolean Museum (Oxford), the Medici Institute and Museum of Archaeology (Florence), St. Edmund’s College Cambridge, St. Ethelburga’s Centre for Reconciliation and Peace, the Union Chapel (London) and the unveiling of the digitally reconstructed Palmyra Arch in Trafalgar Square.
As well as singing her own music, Stef has composed new works for leading jazz, folk and classical performers, including the London Philharmonic Orchestra, Streetwise Opera, the Ligeti Quartet, the Kreutzer Quartet, the Nieuw Ensemble, the Dr K Sextet, Iyatra Quartet, Juice, Ruth Keggin, the Unthanks, Susannah Austin, Julian Argüelles, the Esoterics, Queens’ College Choir, the Renaissance Singers, Cadenza, Dark Inventions, John Potter, members of Ensemble 10/10 and the Philharmonia Orchestra. Two of her compositions premiered at Huddersfield Contemporary Music Festival and she has also enjoyed performances in the Royal Festival Hall, St John’s Smith Square, York Minster, Lichfield and Peterborough Cathedrals, Waltham Abbey, Shanghai Oriental Arts Centre and the China Conservatory (Beijing) as well as numerous other venues in the UK and abroad, as well as broadcasts on BBC Radio 2, 3 and 6 Music. In 2011 she was awarded the Royal Philharmonic Society Composition Prize for Composition and she has participated in a number of renowned composition schemes including Huddersfield Contemporary Music Festival’s European Composers’ Professional Development Programme, the Leverhulme LPO Young Composers’ Project, the Cheltenham Festival Composers’ Academy and the PRSF/Making Music/Sound and Music Adopt-a-Composer Scheme, as well as having been awarded grants towards creative projects by the Bliss Trust, PRSF, Ralph Vaughan Williams Charitable Trust and John Ireland Trust.
From 2014–2015 she was extremely very proud to be the first ever Composer in Residence with Streetwise Opera, a charity that uses opera to help homeless people make positive changes in their lives. Her debut opera with the organisation, People Watch, premiered at Tête-à-Tête Opera Festival in 2015. In 2014, she was named, in the ‘Music-Makers’ category, as one of the Evening Standard’s ‘1000 Most Influential Londoners’ through her work with the charity.
She holds a doctorate in Music Composition from the University of York and is currently a Leverhulme Early Career Fellow at the University of Huddersfield, undertaking practice-led research into the music of ancient Mesopotamia.