While Looking Up Jimmy Greene 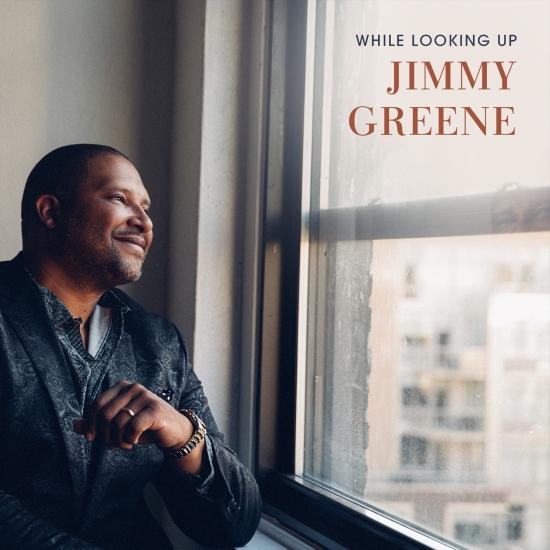 Info for While Looking Up

On While Looking Up, Greene finds solace, support and inspiration from each of these directions, but in particular from casting his gaze heavenward. Looking inward, he’s comforted by his faith and by the gift for moving, expressive composition that has marked his work for the last two decades. Looking outward, he has his family and his brilliant collaborators, culled for this project from a list of longtime favorites who haven’t entered the studio together in at least a decade. And while looking up, he recalls the joyful spirit of his daughter, Ana Márquez-Greene, who tragically lost her life in 2012, along with 25 other students and educators at Sandy Hook Elementary School in Newtown, Connecticut.
“The whole idea of While Looking Up is indicative of the times we’re in now,” Greene said. “I can think about my personal journey through our family’s tragedy, and I can also look outside of myself and see the state we’re in, constantly bombarded with the chaos that’s become normalized in our society and our country. In both instances, it’s easy to walk away feeling disillusioned and, in many ways, hopeless. But I’m always reminded to look upward.”
“Music is a reflection of life,” Greene concluded. “At its best, music transforms us and transports us to another place. We lose ourselves in it. I’m convinced that there’s much more to be hopeful for than what we experience on a daily basis. So, I wanted this music to serve as a refuge from the harsh realities of this world, a place where you can temporarily lose yourself in something that’s beautiful and impactful, something that’s positive.”
Jimmy Greene, soprano saxophone (1, 4, 7); tenor saxophone (2, 3, 5, 6, 8-10); flute, clarinet, bass clarinet (4)
Aaron Goldberg, piano (1, 3, 4, 6-10); Fender Rhodes electric piano (2)
Stefon Harris, marimba (3); vibraphone (4)
Lage Lund, guitar (1-4, 6-9)
Reuben Rogers, bass
Kendrick Scott, drums 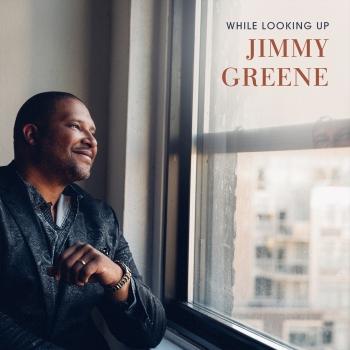 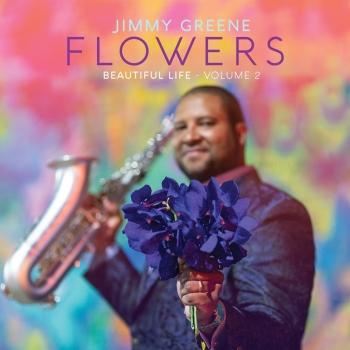 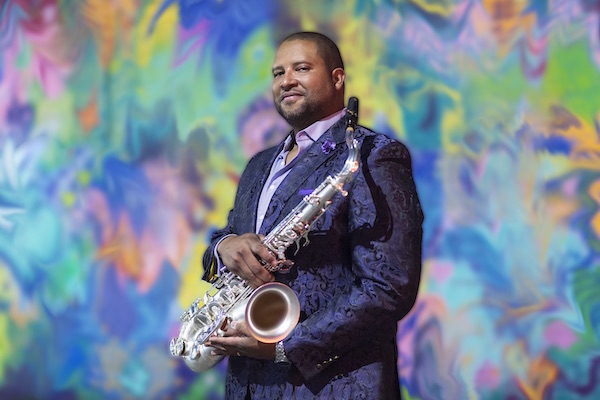 Jimmy Greene
A native of Hartford, CT, Jimmy Greene has been considered one of the most respected musicians of his generation since his graduation from the Hartt School of Music in 1997; the saxophonist went on to garner awards from ASCAP/IAJE, Chamber Music America, Connecticut Commission on Culture and Tourism, Greater Hartford Arts Council, and was named one of DownBeat Magazine’s 25 Young Rising Stars in Jazz in 1999. Greene was mentored by Jackie McLean, Jim McNeely, Justin DiCioccio, David Liebman, Phil Markowitz, Steve Davis, and others, and has recorded and/or performed with artists including Horace Silver, Freddie Hubbard, Harry Connick, Jr., Tom Harrell, Avishai Cohen, Kenny Barron, Lewis Nash, Steve Turre, and more. In 2014, Greene released Beautiful Life on Mack Avenue Records and received two GRAMMY® Award nominations in the Best Jazz Instrumental Album category, and Best Arrangement, Instruments and Vocals for “When I Come Home,” which features Javier Colon.
Greene is Assistant Professor of Music and Coordinator of Jazz Studies at Western Connecticut State University in Danbury, CT and previously served as Assistant Professor of Jazz Saxophone at the University of Manitoba, Visiting Assistant Professor of Music at Purchase College (State University of New York), Lecturer at the Jackie McLean Institute of Jazz at the Hartt School (University of Hartford), and as an Instructor at the Greater Hartford Academy of the Arts.