Covered in Gold: 5.0, Side B Various Artists 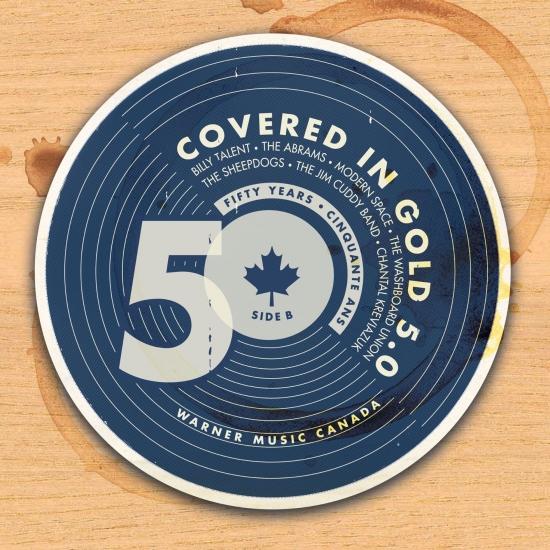 Warner Music Canada is celebrating its 50th Anniversary and, as a part of that celebration, the label’s current domestic roster has gone back through the catalogue to record covers of Canadian songs released by the label since 1967.
The resulting collection, titled Covered in Gold 5.0, will be released digitally as a “two-sided” album.
Covered in Gold 5.0: Side A is released today on all digital platforms and features covers performed by Scott Helman, Brett Kissel, Meghan Patrick, Philip Sayce, Courage My Love, Ron Sexsmith and Matthew Good.
“Warner Music Canada has a rich legacy of supporting Canadian music and artists,” Warner Music Canada President Steve Kane said in a statement early today. “Our current roster has done a stellar job of honouring the originals while putting their stamp on the songs they’ve chosen.”