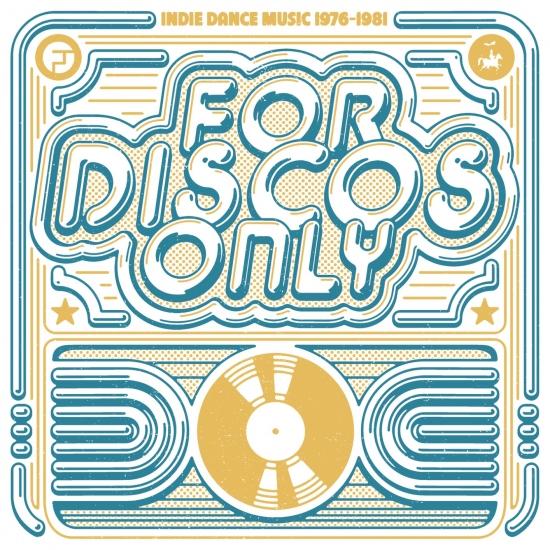 Info for For Discos Only: Indie Dance Music From Fantasy & Vanguard Records (Remastered, 1976-1981)

Craft Recordings is excited to announce the release of For Discos Only: Indie Dance Music From Fantasy & Vanguard Records (1976-1981), a comprehensive collection of the music that lit up a thousand dance floors in the mid '70s and early '80s, inspiring a revolution in the music world.
This collection pulls killer tracks from respected and influential independent record labels on opposite coasts - San Francisco's Fantasy Records and New York City's Vanguard Records - and is a veritable must-have for fans of the pioneering movement from which emerged the birth of the 'remix,' an innovative musical practice that prefigured house, techno and hip-hop.
Featuring over 30 songs, mostly extended and remixed 12” single versions built to move the dance floor, For Discos Only includes music from groundbreaking disco artists including: Sylvester, the Players Association, the Blackbyrds, Poussez!, Frisky, the Nobles, Rainbow Brown, Bill Summers and Summer Heat, Fat Larry’s Band, Idris Muhammad, Carol Williams, Free Expression, Side Effect, Spiders Webb, Damon Harris, Slick, Roni Griffith, Ike Turner feat. Tina Turner and Home Grown Funk, Phil Hurtt, Two Tons O’ Fun, the Ring, Paradise Express and Fever.
With liner notes from Bill Brewster (co-author of Last Night a DJ Saved My Life), the set documents the under-the-radar but highly danceable disco and dance music of the late ’70s. Brewster thoroughly chronicles the early history of underground dance music, which grew from private loft parties into world-famous clubs like Studio 54 that came to symbolize the Saturday Night Fever era.
As Brewster asserts, “Beneath the array of spangly clichés, Village People costumes and mirror balls lies the real disco: life-affirming, uplifting and emancipatory.” If you want to dig into the “real disco” that propelled countless ’70s to ’80s dance parties and launched a thousand imitators, For Discos Only is your gateway to a bygone—and unfortunately discredited—era. There are plenty of long-forgotten gems in this collection, including many singles that haven’t been reissued, physically and/or digitally, since their original release, including a rare instrumental 12” single version of “I Need Somebody Tonight” by Sylvester (“Queen of Disco”), Spiders Webb’s “I Don’t Know What’s on Your Mind” and Free Expression’s “Chill-Out!”
“For Discos Only”—the title taken from the stamp Fantasy Records displayed on their 12” singles—features the versions of these tracks that most likely were played in the clubs. Several tracks included are remixes by hip DJ luminaries of that era, like Ray “Pinky” Velazquez’s remix of Rainbow Brown’s New York club hit “Till You Surrender” (featuring charismatic vocalist, Fonda Rae) and Afrika Bambaataa collaborator Shep Pettibone’s deep funk remix of Carol Williams’ “No One Can Do It (Like You).”
Most of the tracks included in this treasure trove of authentic club anthems never saw radio play, and yet a few somehow surfaced in the mainstream: Sylvester’s “Dance (Disco Heat)” and Fever’s “Beat of the Night”, for example, both reached #1 on the US Billboard Dance charts. Also, the Player’s Association’s song “Turn The Music Up!” which became a surprising breakthrough hit, reached #8 in the UK Pop chart, and the Ring’s “Savage Lover” (another track mixed by DJ Pinky Velazquez) hit #14 on the US Billboard Dance chart and even took the #1 spot on the Mexican Pop chart.
For Discos Only is a snapshot of what was the most thrilling music to hit the dance floor, before (among other factors) anti-gay and anti-minority sentiment, as well as a complete market oversaturation of over-produced disco-pop from the major labels trying to cash in on “the fad” hastened the genre’s demise. Dance music—especially the gritty, obscure kind collected here—went safely back underground by the mid-’80s. It would later reemerge to spark house, electro, techno, garage, hip-hop and a multitude of other dance sub-genres, but never again capture the nation’s attention like disco briefly did.
So don’t resist the rhythm. Discover the yearning, the funk, the driving beat, the strings and the thrills of Fantasy and Vanguard’s disco catalogs. Dig it!
Digitally remastered