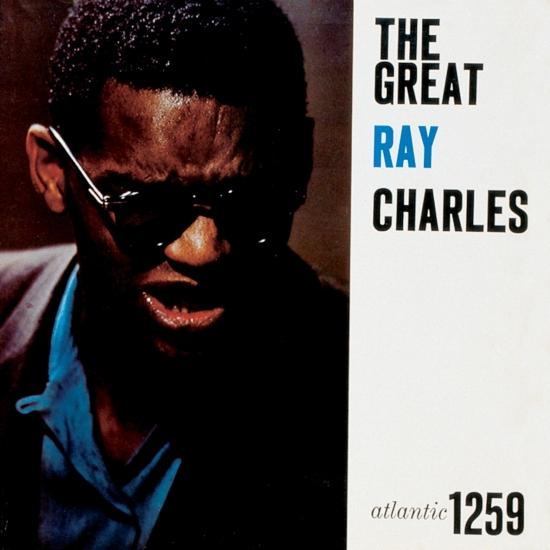 Info for The Great Ray Charles

Ray Charles is a music legend beyond compare. A ten-time Grammy®-winning superstar who almost single-handedly laid the groundwork for soul music, Charles proved his mastery with countless jazz, country, R&B, and pop masterpieces as well, during a career that spanned seven decades. His remarkable life was celebrated in the 2004 biopic Ray – featuring Jamie Foxx’s Oscar-winning performance as the artist. His time at the Atlantic label (1952-1959) is seminal for music fans the world over. Recorded in 1957, and featuring a stellar band including bassist Oscar Pettiford, saxophonist David ‘Fathead’ Newman, as well as arrangements by Quincy Jones, this all-instrumental set is Ray Charles’ first jazz album.
So much printers ink has been put into service to celebrate the life and career of the late Ray Charles that the very idea of adding to the discussion can reek of sheer redundancy. An instantly recognizable American icon, Charles is easy to take for granted since he needs nobody’s advocacy, and his importance as an architect of Twentieth Century music is established fact. In a nutshell, “The Genius” combined Gospel feeling with R&B form and Soul music was the grand result. Also, unlike other “crossover” artists like Johnny Mathis and Nat “King” Cole, Charles attained his level of success not by perfecting contemporary pop forms but instead by refining elements of the juke joint and the church, doing so on his terms and to a degree that mass audience’s found irresistible. He would later crossover again with a pair of vastly important Country albums for ABC, but it’s his Atlantic stuff on which his stature is rightfully based, and it was on those classic LPs where Charles proved repeatedly that he was part of the rare breed of musician that did three things exceptionally well: Singer, Pianist, Bandleader. On THE GREAT RAY CHARLES, his second record for Atlantic released in 1957, we are provided with a glimpse of an additional, less celebrated element of Charles’ artistry, specifically his ability as a jazzman. That means there’s no singing to be found on THE GREAT, but that absence is more than filled by his magnificent instrumental prowess, which draws on the earthiness of the barrelhouse and modernizes it with the sophistication of the supper-club, which is to say we’re neck deep in the blues, and amongst some fine standards are selections from then new voices Quincy Jones and Horace Silver. Six of the album’s eight cuts feature a septet derived from his big band, with the redoubtable David “Fathead” Newman contributing on tenor and alto. Each side of the LP gets a trio blues to fill out the program, with “Black Coffee” featuring the talents of bass virtuoso Oscar Pettiford (He’ll turn up again later on ‘61’s Charles/Milt Jackson classic SOUL MEETING).
Jones’ “The Ray” opens side one, intertwining an urbane atmosphere with crisp playing and lithe soloing from Charles and Newman, and the stage is set. It’s smooth but never shallow, understand? “Black Coffee” is a really delicious tangle of achy improvising anchored by Pettiford and drummer Joe Harris’ faultless bedrock. Side two’s opener, Silver’s excellent “Doodlin’”, retains its composer’s sly mixture of warm accessibility and casual complexity, and as such is the one moment on this record that feels like it could’ve been derived from an unreleased late ‘50s Blue Note session. Quite the fine thing, and bettered only by the following track, a trio reading of Charles’ immaculate original “Sweet Sixteen Bars”. The kind of tune that can only be truly appreciated in the wee wee hours after suffering fresh emotional wounds, it shuffles with a pained dignity and is as strong as a bottle of distilled tears. The record closes with a nice reading of Charlie Shaver’s “Undecided” that sounds a bit like those primo all-star Swing-to-Bop Savoy dates from the late ‘40s. Based on the whole of this LP, it’s not hard to imagine Charles adding vocals to this superb jazzic motion with results similar to the laid-back, knowing hipster approachability of the perennially cool Mose Allison. He didn’t of course, having bigger fish to fry. And yes, I know I enthused about only five of this disc’s eight cuts, but trust me: the whole of THE GREAT RAY CHARLES is as sweet and natural as a bushel of ripened Georgia peaches. Occasionally it’s necessary to establish that certain beloved American institutions attained that distinction not through hype, hand-me-down wisdom or blind acceptance, but instead through a surplus of sheer talent and inspiration. Ray Charles is simply the truth. Accept no substitutes.
Ray Charles, piano
David Newman, alto sax or tenor sax
Emmott Dennis, baritone sax
Joseph Bridgewater, trumpet
John Hunt, trumpet
Roosevelt Sheffield, bass
William Peeples, drums
Oscar Pettiford, bass
Joe Harris, drums
Digitally remastered.
In 2004, Rolling Stone ranked Ray number 10 on their list of "The 100 Greatest Artists of All Time" and was voted number 2 on their list of "The 100 Greatest Singers of All Time" in November 2008.