We Get Requests (Remastered) The Oscar Peterson Trio 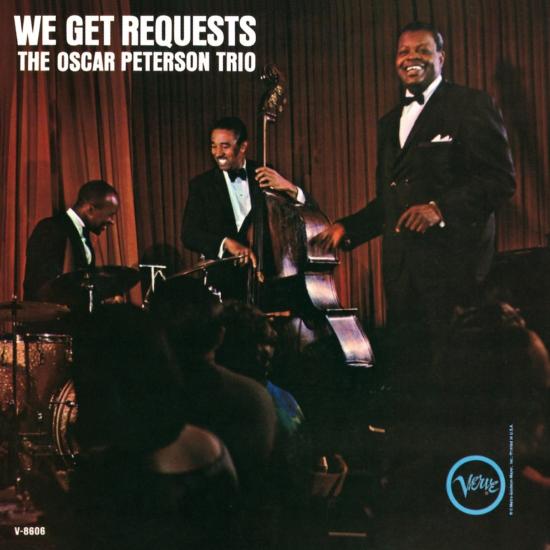 Info zu We Get Requests (Remastered)

This 1964 studio session features the Peterson trio with bassist Ray Brown and Ed Thigpen, a group that had been together for five years by then and performed like a well-oiled machine. The repertoire is mostly pop songs of the day, including bossa nova tunes and film themes, and the treatments are fairly brief, with emphasis placed squarely on the melodies. Even in their lightest moments, though, the group demonstrates some of the qualities that made it among the most influential piano trios in jazz, a group that could generate tremendous rhythmic energy and a sense of developing musical detail. For all his legendary force, Peterson possesses a subtle rhythmic sense, and here he infuses even 'People' with an undercurrent of swing. This is undemanding, tuneful music best suited for casual listening, but it still sparkles with the trio's customary élan.
„Pianist Oscar Peterson has long been such a consistent performer that none of his records are throwaways, but this particular set is weaker than most. Since several of the songs are the type that in the mid-'60s would get requested (such as 'People,' 'The Girl from Ipanema,' and 'The Days of Wine and Roses'), the program would not seem to have much potential, but Peterson mostly uplifts the material (although not much could be done with 'People') and adds a few songs (such as his own 'Goodbye, J.D.' and John Lewis' 'D & E'). Overall, this is a reasonably enjoyable Oscar Peterson session, featuring bassist Ray Brown and drummer Ed Thigpen.“ (Scott Yanow, AMG)
Oscar Peterson, piano
Ray Brown, double bass
Ed Thigpen, drums
Recorded October 19, November 20, 1964 in New York City, NY
Produced by Norman Granz
Digitally remastered
Please Note: we do not offer the 192 kHz version of this album, because there is no audible difference to the 96 kHz version!