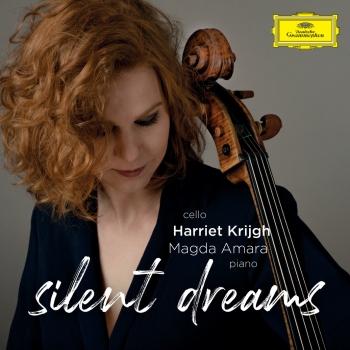 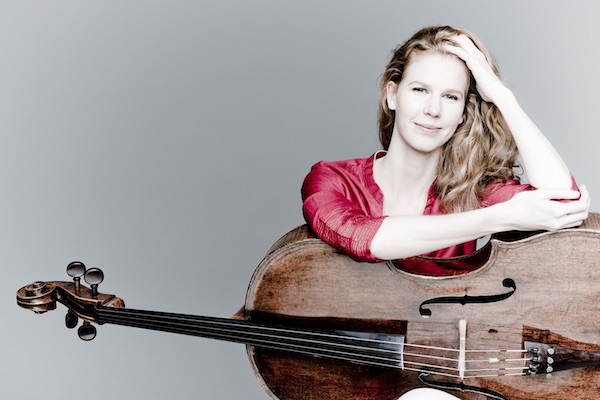 Harriet Krijgh
The young Dutch artist Harriet Krijgh is one of today’s most exciting and promising cellists. Her grace and expressiveness touch her audiences as soon as she is on the concert platform. Harriet Krijgh played in the most important venues in Europe, North America and Asia. She has performed with orchestras such as the Boston Symphony Orchestra, Rotterdam Philharmonic Orchestra, Vienna Symphony Orchestra, Deutsches Symphonie-Orchester Berlin, Munich Philharmonic Orchestra, Bamberg Symphony Orchestra, London Philharmonic Orchestra, the Academy of St Martin in the Fields, Orchestre Philharmonique de Radio France, Yomiuri Nippon Symphony Orchestra, Hong Kong Sinfonietta and Sydney Symphony Orchestra. She is also regular guest at international festivals such as the Heidelberger Frühling, Grafenegg Festival and the Schubertiade Hohenems. As “Prizewinner in Residence” of the Festspiele Mecklenburg-Vorpommern, Harriet Krijgh made her mark on the 2019 summer festival edition in about 20 concerts.
Always an enthusiastic chamber musician, she joined the Artemis Quartet in spring 2019. On tour, the ensemble regularly plays the most important concert venues worldwide. Harriet Krijgh also maintains a close collaboration with the pianist Magda Amara and in trio with the sisters Baiba and Lauma Skride.
Harriet Krijgh has an exclusive recording relationship with Deutsche Grammophon since April 2018. As first result of this collaboration a disc with works by Vivaldi, recorded with the Amsterdam Sinfonietta and their leader Candida Thompson, was released in September 2019. Her discography also comprises of six discs, all released by Capriccio, featuring music by Kabalevsky, Haydn, Brahms, Rachmaninov as well as several French composers.
Harriet Krijgh is winner of numerous competitions. In 2015/2016 she was chosen as “Rising Star” of the European Concert Hall Organisation (ECHO). In 2017 and 2018 she dedicated herself to the artistic direction of the International Chamber Music Festival in Utrecht. Her annual summer festival “Harriet & Friends” at Burg Feistritz (Austria) celebrates its tenth anniversary in 2021.
She performs on a Domenico Montagnana cello (Venice, 1723) whose scroll was made by Stradivarius. The rare instrument is on loan to her by the Prokopp Foundation.
“Krijgh’s rousing, fiery temperament, the passionate impulse of her playing style, the nuance-richness of her colour and expression scale seemed simply blissful.” - Die Rheinpfalz