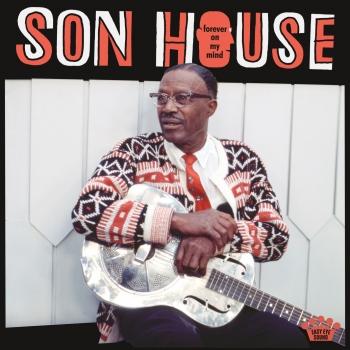 Forever On My Mind (Remastered) 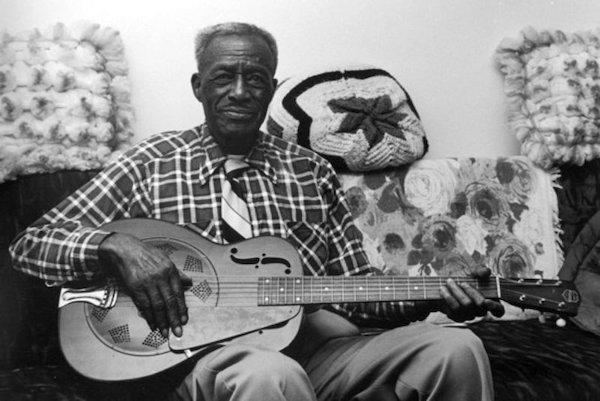 Son House
Eddie James “Son” House (1902-1988) plumbs the emotional depth of the blues perhaps more than any other Delta blues artist. A preacher at times, a barrelhousing bluesman at others, House was fiercely torn between the sacred teachings of the church and the secular lure of the blues life. House, who lived in the Robinsonville-Lake Cormorant area in the 1930s and early ’40s, was a major influence on both Robert Johnson and Muddy Waters.
Son House is regarded as one of the preeminent blues artists, but during his early career in the Delta, his renown was largely confined to local jukehouse audiences. He later attained international prominence during the 1960s “blues revival” through passionate,trance-like performances that highlighted his aggressive guitar style. He would occasionally rise from his chair to sing spirited a cappella gospel songs.
House was born near Lyon in Coahoma County on March 21, 1902, or by some accounts years earlier. Through his association with Delta blues legend Charley Patton, House first recorded for the Paramount label in 1930, though sales were minimal in the Depression era. Like other Robinsonville-area blues artists, including Robert Johnson, Howlin’ Wolf, and Willie Brown, House performed mostly at weekend suppers and dances held at sharecroppers’ houses. Tunica County locals have recalled House living and working on the Harbert, Tate, and Cox plantations, though he preferred to sing or preach. When the spirit called, he would preach at various churches, only to resume his nightlife as a bluesman.
House was a tractor driver on the R. E. Neunlist plantation in 1941 when he was recorded for a Fisk University-Library of Congress study led by Alan Lomax and John Work III. On September 3, they recorded House, Willie Brown, Fiddlin’ Joe Martin, and Leroy Williams at Clack Store,a commissary and train station that stood at this site. (A chugging locomotive can be heard on the recordings.) Despite problems with local authorities, Lomax later recalled, “Of all my times with the blues, this was the best one.”A second Library of Congress session in Robinsonville in 1942 would be House’s last recording in Mississippi.
In 1964 a group of blues aficionados, including Dick Waterman, drove to Robinsonville to look for House, only to learn he had long retired from music and had moved in 1943 to Rochester, New York. His subsequent “rediscovery” was reported in Newsweek, and Waterman would manage House’s comeback career, often booking him as the closing act at festivals. The most notable of the albums House recorded was the 1965 Columbia LP Father of Folk Blues. House performed little after the early ‘70s, and from 1976 until his death on October 19, 1988, he lived in Detroit with his wife Evie, whom he had married in Robinsonville in 1934. He is buried in Detroit. (Mississippi Blues Commission)