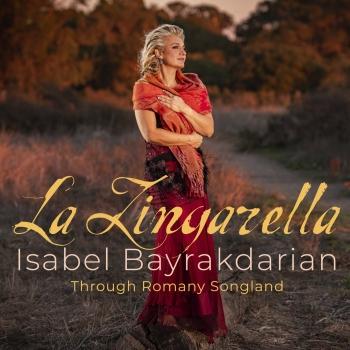 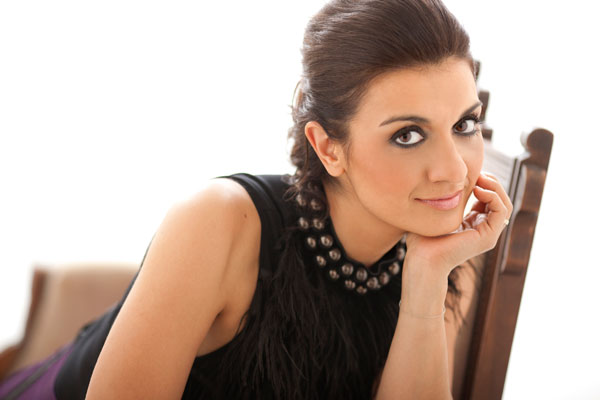 Isabel Bayrakdarian
Canadian star soprano Isabel Bayrakdarian is the featured soloist in this recording by the Orchestre symphonique de Laval—its first with current artistic director and principal conductor Alain Trudel. The album is devoted to orchestral works by Ottorino Respighi. Known for her sparkling stage presence and astonishing musicality, Bayrakdarian joins the orchestra for Respighi’s setting of the lyric poem Il tramonto (The Sunset). The five pieces that comprise the suite Gli uccelli (The Birds) pay homage to the composers of the Baroque era who took pleasure in musically illustrating various aspects of life — birdsongs, in this case. Trittico Botticelliano (Botticelli Triptych) consists of three symphonic poems inspired by the three most celebrated canvases of the Italian painter Sandro Botticelli. As a composer and musicologist, Respighi was especially interested in early music, and particularly in Italian Renaissance and Baroque works. Antiche Danze ed Ari per liuto, his orchestral Suite No. 1, was inspired by the music of four Renaissance composers.
Orchestre symphonique de Laval
Founded in 1984, the Orchestre symphonique de Laval (OSL) is one of Laval’s main artistic organization, with a roster of 53 professional musicians. Its musicians are graduates of Quebec’s music conservatories and universities. The general public is at the heart of each of the Orchestre symphonique de Laval’s activities. Indeed, the orchestra’s chief mandate is to offer audiences grand symphonic music and provide a pleasant listening experience, and this mission of closeness with the public is reflected in each of the OSL’s spheres of activity.
The Orchestre symphonique de Laval performs mainly on the territory spanned by Laval, though it is also taking steps to heighten its public profile in neighbouring communities.
The Orchestre symphonique de Laval’s current artistic director, Alain Trudel, is among the most soughtafter conductors in Canada. Previously, the orchestra benefitted from the talents and know-how of seasoned conductors such as Gilbert Patenaude (1985-1987), Paul-André Boivin (1988-1993), Jacques Lacombe (1993-1995) and Jean-François Rivest (1995-2006). The Orchestre symphonique de Laval places a priority emphasis on making classical music accessible to younger audiences by offering a full spectrum of activities. These include school matinees, composition workshops, rehearsals in high schools, and concerts presented by young musicians (Les Préludes).
In 2013, the Conseil Québécois de la musique handed the Orchestra an Opus Prize for the Young audience’s production of the year, for Peter, Babar and the Wolf. The Orchestra continues its development by launching for the 2014-2015 season a new series of concerts in the afternoon, Music, Maestro! This series gives the public a direct and friendly approach to music.
Alain Trudel
Praised by La Presse for his “immense talent as conductor, musician and performer”, Canadian conductor Alain Trudel is Principal Conductor and Artistic Director of the Orchestre symphonique de Laval and Principal Youth and Family Conductor of the National Arts Centre Orchestra.
Trudel has previously been Music Director of Orchestra London, Principal Guest Conductor of the Victoria Symphony Orchestra, and guest musical advisor for the Manitoba Chamber Orchestra. Trudel was the CBC Radio Orchestra conductor 2006–08, taking the orchestra to new heights of artistic quality, as well as public and critical acclaim. He has conducted every major orchestra in Canada as well as orchestras in the UK, USA, Sweden, Russia, Japan, Hong-Kong, Malaysia and Latin America. Trudel made his Opera de Montréal debut in 2009 and conducted the live recording of their 30th anniversary gala. In 2010 he also made his debut at l’Opéra de Quebec conducting their Gala and Die Fledermaus in 2011.
Always committed to upcoming generations of musicians, Trudel was Conductor of the Toronto Symphony Youth Orchestra and has regularly been invited to conduct the National Youth Orchestra of Canada.
First known to the public as “the Jascha Heifetz of the trombone” (Le monde de la musique), Alain Trudel has been a guest soloist with orchestras worldwide including Philharmonique de Radio-France, Hong-Kong Philharmonic, Austrian Radio Orchestra, Festival Musica Strasbourg (France), Klangbogen Festival (Vienna), Akiyoshidai and Hamamatsu festival (Japan). Alain is also a respected composer; the Orchestre symphonique de Laval will play one of his works in 2015-2016. Alain Trudel was the first Canadian to be a Yamaha international artist, and is the recipient of numerous awards including the Virginia Parker, Charles Cros (France), and Heinz Unger prizes. He has been named an Ambassador of Canadian Music by the Canadian Music Centre and received a Queen’s Jubilee Medal in 2012.