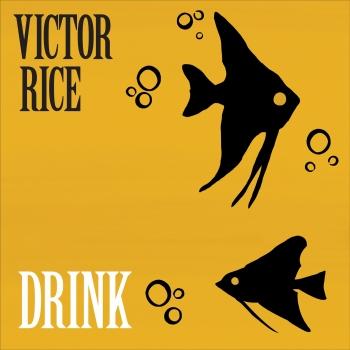 Victor Rice
Victor's involvement in the world of Retro-Jamaican music, as well as his instrumental and recording technique, have been influential in creating signature sounds of this era in the world of Ska, Reggae & Dub Music.
As a bassist, he started with the Scofflaws in 1988 and was soon involved in other ventures: Founding member of the Stubborn All-Stars as well as The New York Ska-Jazz Ensemble, he has also toured with Laurel Aitken and Desmond Dekker.
Producing for NYC’s Moon Records in the early 90s, Rice worked with The Skatalites, The Slackers, The Toasters, The Pietasters, The Adjusters, The Epitones and many others. By the late 90’s Rice was a regular figure in a majority of the Ska records coming out of NYC, either as bassist engineer or producer.
As musician and producer for NYC’s Stubborn Records in the late 90s, he received one of two keys to the Version City Studio in 1996. Finding himself in a limitless environment, Rice focused on the craft of engineering. It was here that he would work with King Django, Rocker T, Crazy Baldhead, Chris Murray and many more, as well as produce his first CD, “At Version City(1999)”. He also developed a personal Dub technique that serves him to this day.
Victor is more widely known for his bass and engineering work with Easy Star Records: “Dub Side of the Moon”, “Radiodread”, “Sgt Pepper’s Lonely Hearts Dub Band” and “Ticklah Vs Axelrod”.
In 2002 Rice relocated to São Paulo, Brasil, where he finished his second CD, “In America(2003)”. He built his own mix studio and works constantly for artists in Brazil and Abroad. He has produced and/or mixed records for The Skatalites(JA), Glen Brown(JA), The Slackers(US), Dr Ring Ding and the Senior Allstars(DE), Mr T-Bone(IT), Tokyo Ska Paradise Orchestra(JP), Pannonia All-Stars(HU), Yellow Umbrella(DE), Brother Culture(UK), Open Season(CH), Hot Drop(ES), Mikkim(CZ), M.A.K.U. SoundSystem(CO) and many others.
Since 2010, Victor has been working more closely with some of Brazil’s best-known artists: Elza Soares, João Donato, Ceu, Marcelo Camelo, Bixiga70 and many others. In 2015, Rice joined a collaboration in São Paulo called Jam Lab, a monthly episode on YouTube that documents the production of one song from rehearsal to vinyl in two days’ time.
Victor has been touring the Continent for nearly ten years with the Strikkly Vikkly DubSystem, a one-man dub show utilizing an 8-track tape machine, mixing desk and live effects. When time permits, he can be found giving workshops in Analog Production Technique.