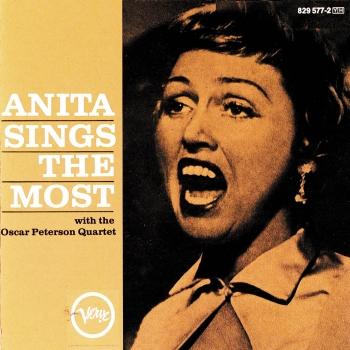 Anita Sings The Most (Remastered) 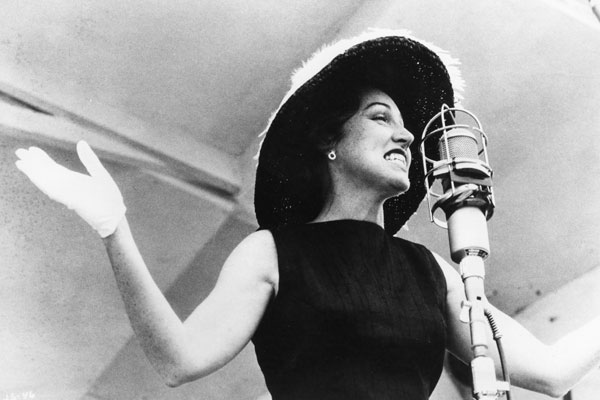 Anita O'Day
87, whose breathy voice and witty improvisation made her one of the most dazzling jazz singers of the last century and whose sex appeal and drug addiction earned her the nickname 'the Jezebel of Jazz,' died of pneumonia November 23, 2006 at a convalescent hospital in West Los Angeles.
Ms. O'Day led one of the roughest lives in jazz, possibly surpassed only by her idol, Billie Holiday. Impoverished and largely abandoned in childhood, she became a marathon dancer and changed her surname from Colton to O'Day, pig Latin for 'dough,' slang for money. In addition to marathon dancing Ms. O’Day also became what was known in dance circles as a “taxi dancer” or one who provided herself to dance with gentlemen who had no one else to dance with at dances.
Over a five-decade career, a mental breakdown, a rape, numerous abortions, a 14-year addiction to heroin and time in jail all contributed to her legend as a survivor. Her 1981 as-told-to autobiography was appropriately titled 'High Times, Hard Times.' It is a fantastic and fascinating read and look into her life and career.
However, as a jazz singer her life soared. Jazz writer Nat Hentoff declared her 'the most authentically hot jazz singer of all.' She remains at the top of the list of great female jazz vocalists.
In the 1940s, when most 'girl singers' were pert appendages to a featured band, Ms. O'Day was a star attraction who often enlivened the orchestra with her playful and inspired vocals. She said she saw herself as an instrumentalist and often wore a band uniform instead of an evening gown. She was a far cry from terms like “canary' which were used to describe many female big band vocalists of the period.
Ms. O’Day was among the hippest female singers of the big-band period, lending rare emotional resonance to the relentlessly up-tempo and brassy big bands of Gene Krupa and Stan Kenton. She gave both orchestras their first million-selling hits, doing a rare interracial duet on 'Let Me Off Uptown' with Krupa trumpeter Roy Eldridge and then the novelty number 'And Her Tears Flowed Like Wine' with Kenton's ensemble.
For Verve records in the 1950s, she performed some of the most inventive interpretations of jazz standards. Andy Razaf, who wrote the words to Fats Waller's 'Honeysuckle Rose,' once said hers was the definitive version of the tune -- surpassing even Waller's recording.
Ms. O'Day was sometimes compared to Billie Holiday, with whom she shared a tendency to project vulnerability through a calculated crack in her tone. She also was highly regarded for her scat singing. …