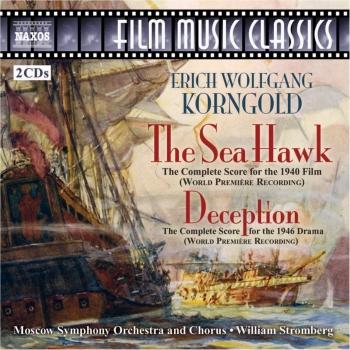 Alexander Zagorinsky - Cello
Alexander Zagorinsky is the soloist of the Moscow Philharmonic and bears the title 'Honored Artist of Russia'. He also is a prizewinner of several national and international music competitions,-among them the ALL- Russian Musical Competition in 1985, the fifth | International Chamber Music Competition in Trapani (Italy) in 1988, and the ninth International Tchaikovsky Competition in Moscow in 1990.
Zagorinsky was born in Moscow in 1962, graduated from the Moscow Conservatory in 1986 and worked as' probationer-assistant to Prof. Natalia Shakhovskaya until 1988. Since 1991 till 2000 he has been the first concertmaster of the cello-group of the Academic Symphony Orchestra of the Moscow Philharmonic. Since gy 2000 - cello principal and soloist for the Moscow Chamber t Orchestra (conducted by C. Orbelian). Alexander Zagorinsky teaches music at the Gnessin Academy of Music in Moscow.
He maintains an active concert schedule, appearing in the ^ music halls of Moscow and other Russian cities, as well as' many other countries of the world. He has rich repertoire and excels equally in performing works by classical, romantic and modem composers. Musical reviewers do stress in performance of the musician great temperament, mastership in style, nobility and virtuosity. Many works were recorded by A. Zagorinsky for the Recording House Musical Foundation in Moscow, Russia, c ,g Zagorinsky is known for his close collaboration withj modem composers and as a first performer of several works by E. Denisov, V. Dashkevich, Yu. Kasparov, A. Rozanblat, A. Shchetynsky (Ukraine), Y. Galperin (France) and some other composers. Together with the brilliant jazz pianist and composer Nikolai Kapustin, he for the first time performed Kapustin's two jazzy sonatas, pieces, ensembles and also for the very first time performed concert for cello with chamber orchestra (Big Hall of Moscow Conservatoire, 2002).
Zagorinsky has performed with many renowned musicians, among them: pianists I. Zhukov, Yu. Rozum, E. Steen-Nokleberg, organist and pianist A. Shmitov, etc. Also he appeared with famous symphony orchestras under conductors V. Sinaisky, Yu. Simonov, K. Orbelian, M.
William T. Stromberg - Composer
Born in 1964, William Stromberg was introduced to the world of classical music at a very early age. His filmmaker father filled the house with the sounds of classic film scores by such great composers as Erich Korngold, Bernard Herrmann, and Max Steiner. Through the constant study of the classical scores that inspired these film composers, he developed a passion for music that laid the foundation for his career. A native Californian, Stromberg moved to Hollywood when he was eighteen to study privately under the tutelage of film-composer John Morgan. He soon began conducting his own film scores and garnered a well-respected reputation as a gifted composer and conductor. He has scored more than a dozen feature films including the thriller Other Voices, the documentary Trinity and Beyond, Killing Streets and Edge of Honor.
His devotion to classic film scores cultivated several joint ventures with John Morgan in reconstructing and recording the works of such composers as Max Steiner, Erich Wolfgang Korngold, Alfred Newman, Philip Sainton, Adolph Deutsch, Hans J. Salter, Victor Young and Sir Malcolm Arnold, available on the Marco Polo and Naxos labels. The success of these film recordings led him to the opportunity of conducting and preserving this new series of seldom heard American classics. He has also conducted several much-praised Naxos albums devoted to concert works by American composers, including two albums of music by Ferde Grofé.
In 2008, he led the Moscow Symphony Orchestra in a massive re-recording of Bernard Herrmann’s Mysterious Island for his and John Morgan’s own label Tribute Film Classics. Stromberg is much in demand among Hollywood composers as a conductor of film music and sound-track recordings, as well as undertaking engagements to conduct renowned European orchestras.
The Moscow Symphony Orchestra
Founded in 1989, the Moscow Symphony Orchestra is one of the leading orchestras in the capital today. Since its inception, the orchestra became an active participant in the musical life of Moscow, having performed under famous Russian and foreign conductors: Vladimir Ziva, Arnold Katz, Sergey Stadler, I. Golovchin among them, and with outstanding soloists such as Yuri Bashmet, Victor Tretiakov, Vadim Repin, Alexander Knyazev and Alexander Rudin.
The Moscow Symphony Orchestra is well known in Russia and abroad. The Orchestra has successfully toured in United States, Japan, South Korea and Western Europe.
Aside from extensive concert programs the orchestra is recognized for its outstanding recordings. Recordings of 'The Snow of Kilimanjaro' and 'Five Fingers' entered the 2001 top ten recordings of the year in 'The Economist' magazine. The recording of the symphonies by Italian composer Malipiero was named 'Disk of the Month' by US magazine 'CD Review' and became the winner of the 'Diapason d’Or' prize.
The Moscow Symphony Orchestra has a long tradition of participating in charity projects, such as concerts for the Ronald McDonald Children’s Foundation for disabled children, charity concerts for the Russian Medical Doctors` Association, and a special concert commemorating the Memorial Day of the Genocide of the Armenian People. Now in its 5th year, the MSO along with the orchestra’s General sponsor 'Nestle' and state museum “Archangelskoe” began a series of outdoor summer concerts with all the proceeds going towards the reconstruction of Archangelskoe Palace.
Since 1996 under the general sponsorship of 'Nestle' the MSO performs an annual series of concerts in the Grand Hall of the Moscow Conservatory. The professionalism and outstanding repertoire of the MSO has established the orchestra in Moscow’s musical sphere and built a devoted and appreciative audience.