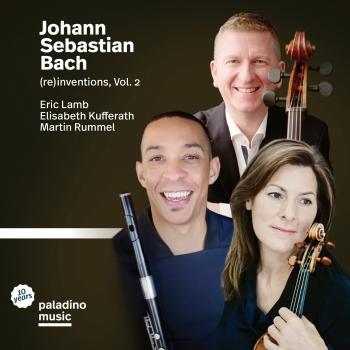 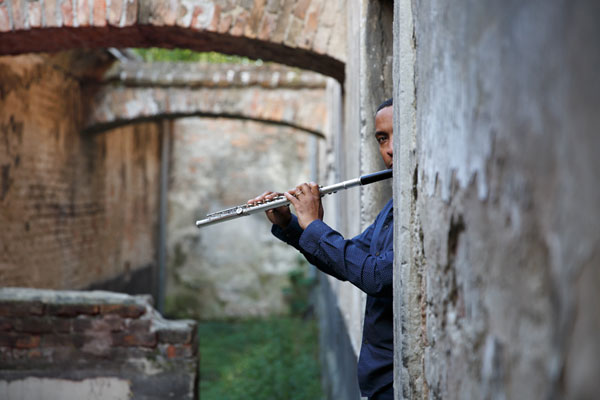 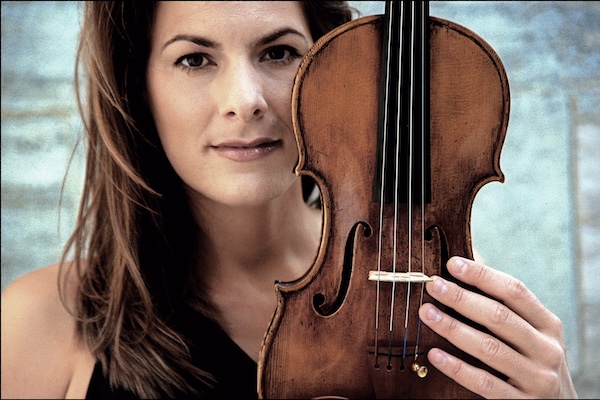 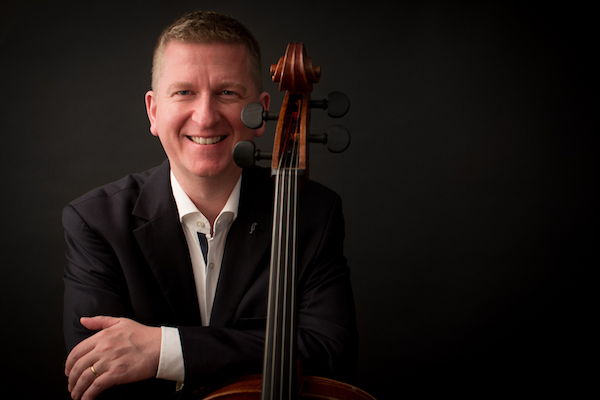 Eric Lamb
is in demand internationally as a soloist, recitalist, concert curator and chamber musician. Eric is presently a member of the new music collective, Ensemble Reconsil (Vienna), Chineke! Orchestra London and is co-artistic director of ensemble paladino. Until 2013, he performed extensively as a core member of the New York/Chicago based International Contemporary Ensemble - ICE.
As a recording artist his discography as a soloist and chamber musician is ever growing. He has recorded over 15 CD's for various labels including Kairos, paladino, SONY, NMC, mode, New Amsterdam, NAXOS, Bridge and Nonesuch. This repertoire expands one of the widest of his generation - from Bach, Mozart and Schubert to Xenakis, Jason Eckhardt and Passion Pit.
Eric has performed with a long list of the worlds most important orchestra's and ensembles and has been invited to perform at festivals in Darmstadt, Graz, Salzburg, Lockenhaus, Acht Brücken in Cologne, Mostly Mozart Festival, Heidelberg Spring Music Festival and the Bucharest Festival for New Music, to name but a few. His chamber music partners include some of Europe's most celebrated vocalists, instrumentalists and artists.
Eric Lamb's research centers around a very broad sweep of musical styles. Along with his on-going commitment to expanding the 21st century flute repertoire, he most recently has been deeply involved with the study and exploration of 17th and 18th century performance practice. This work has culminated, so far, in the discovery and editing of several long lost concerti, etudes, solo pieces and sonatas.
His recent research output includes editions of solo works of Johann Joachim Quantz, Johann George Tromlitz, Johann Martin Blochwitz, Michel Blavet andarrangements of JS Bach and Mozart for flute and cello, all published for paladino music. His critically acclaimed debut solo CD 'Quantz: Solo Flute Music' features the premier recording of Quantz's 8 caprices.
Lamb continues to be a much sought-after pedagogue and is regularly invited to present workshops, master classes and lectures throughout Europe and the US. Eric completed his musical studies at the Oberlin Conservatory of Music where he was a student of MichelDebost. He then continued at the Hochschule für Musik Frankfurt am Main with Thaddeus Watson and later at the Scuola di Musica di Fiesole, Italy with Chiara Tonelli.
Elisabeth Kufferath
Praised by conductor Heinz Hollinger as “unquestionably one of the most interesting and influential string players of her generation,“ she is a player with a wide-ranging stylistic palate, and is coveted as both a chamber musician and soloist.
Elisabeth Kufferath’s repertoire is highlighted by contemporary works. Composers Thorsten Encke and Johannes X. Schachtner wrote works for solo violin and solo viola specifically for her. She gave the world premiere of Jan Müller-Wieland’s “Himmelfahrt”, a work for solo viola written for and dedicated to her, and the German premiere of Elliott Carter’s ‘Figment IV‘ for viola. She has collaborated with composers including Moritz Eggert, Zeynep Gedizlioglu, Helen Grime, Ling-Hsuan Huang, Libby Larsen, Georges Lentz, Manfred Trojahn, and Jörg Widmann.
As a soloist, she has appeared with orchestras including the WDR Symphony Orchestra Cologne, Münchener Kammerorchester, Deutsche Radiophilharmonie Saarbrücken Kaiserslautern, Philharmonic Ochestra Gießen, Göttinger Sinfonieorchester, Oldenburgisches Staatsorchester, Ensemble Oriol, Musica assoluta, Kammerakademie Potsdam, and the World Youth Symphony Orchestra. She has collaborated with conductors including Heinz Holliger, Christoph Poppen, Marcus Creed, Paul Goodwin, Alexander Rumpf and Gerard Schwarz.
Elisabeth Kufferath has been invited to perform at Berliner Festwochen, Schleswig-Holstein Festival, “Spannungen” Heimbach, Schwetzinger Festspielen, Helsinki Festival, Lucerne Festival, Heidelberger Frühling, and the Rosendal Festival in Norway. She has shared the stage with chamber music partners including Adrian Brendel, Kirill Gerstein, Gustav Rivinius, Lars Vogt, Tabea Zimmermann. She spent a season as the Artist in Residence at New Zealand’s Auckland University where she was featured in both recitals and masterclasses.
Elisabeth Kufferath‘s first solo CD ‘Libero, fragile’ was released in 2017 on the GENUIN label. The disk features contemporary works for solo violin and viola by Luciano Berio, Elliott Carter, Györg Kurtág, and Jan Müller-Wieland. The recording was nominated for a prize from German Record Critics’ Award and was enthusastically received by the press. Die Welt acclaimed "It is astonishing, the way [Elisabeth] Kufferath pivots between free and fragile, from heavenly chirping tenderness to bearing the earth’s burdens, how many colors and even more nuance her playing expresses." A concert tour featuring works from the CD has been made possible by the generous support of the foundation Stiftung Niedersachsen. She has additionally recorded the violin concerto of Albert Dietrich and the viola concerto of Karl Amadeus Hartmann. Elisabeth Kufferath lives in Hannover, Germany with her family where she is professor of violin at the Hochschule for Music, Theater, and Media. Both her violin and viola were built by the German luthier Stefan-Peter Greiner.
Martin Rummel
Born in 1974, Austrian cellist Martin Rummel is not only the last pupil of the legendary William Pleeth, but with nearly 50 CD albums one of the most distinguished cellists of his generation. He continually gains worldwide praise from press for his recordings of previously undiscovered music (eg works by Joseph Merk for Naxos and the cello concertos by Andrea Zani for Capriccio). As a soloist and chamber musician, he is a regular guest with orchestras or at festivals and venues throughout Europe, Asia, Oceania and the Americas. As a pedagogue, he is the editor of an acclaimed series of editions of all major cello etudes for Bärenreiter, and after teaching cello studios in Germany and New Zealand, he is currently Head of School at the University of Auckland’s School of Music. Being a passionate curator, he is the owner and mastermind of the Vienna- based company paladino media (with its labels KAIROS, paladino music, Orlando Records and Austrian Gramophone). Mr Rummel’s instruments are individually strung by Thomastik-Infeld, Vienna.