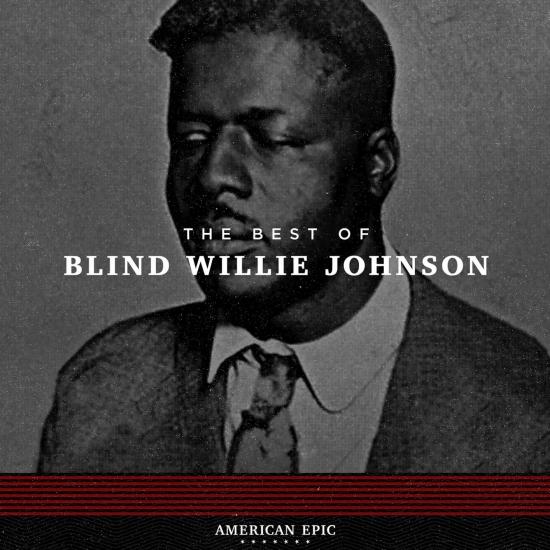 Texas slide guitarist and gospel bluesman Blind Willie Johnson recorded only 30 songs over the course of his life as a preacher and street performer. Even so, the savvy combination of his gritty and powerful “chest voice” singing style coupled with his mastery of slide guitar (some report he regularly used a knife as a slide) has given him a notably influential legacy, specifically with later bluesmen Howlin’ Wolf and Robert Johnson. His tune “Dark Was the Night, Cold Was the Ground” was selected for Carl Sagan’s Voyager probe Golden Record, the Library of Congress as well as the National Recording Registry.
Blind Willie Johnson, vocals, guitar
Digitally remastered
Please note: these are Mono recordings 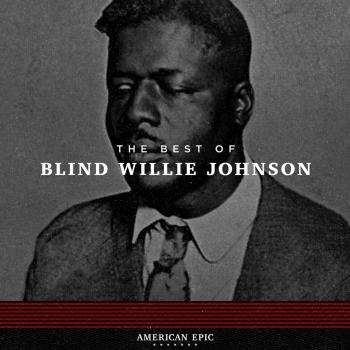 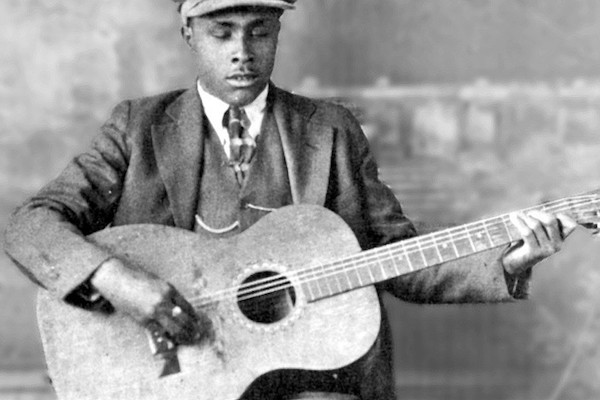 Blind Willie Johnson
Seminal gospel-blues artist Blind Willie Johnson is regarded as one of the greatest bottleneck slide guitarists. Yet the Texas street-corner evangelist is known as much for the his powerful and fervent gruff voice as he is for his ability as a guitarist. He most often sang in a rough, bass voice (only occasionally delivering in his natural tenor) with a volume meant to be heard over the sounds of the streets. Johnson recorded a total of 30 songs during a three-year period and many of these became classics of the gospel-blues, including "Jesus Make up My Dying Bed," "God Don't Never Change," and his most famous, "Dark Was the Night -- Cold Was the Ground."
It is generally agreed that Johnson was born in a small town just South of Waco near Temple, TX, around 1902. His mother died while he was still a baby, and his father eventually remarried. When Johnson was about seven years old, his father and stepmother fought and the stepmother threw lye water, apparently at the father, but the lye got in Willie Johnson's eyes, blinding him. As he got older, Johnson began earning money by playing his guitar, one of the few avenues left to a blind man to earn a living. Instead of a bottleneck, Johnson actually played slide with a pocketknife. Over the years, Johnson played guitar most often in an open D tuning, picking single-note melodies, while using his slide and strumming a bass line with his thumb. He was, however, known to play in a different tuning and without the slide on a few rare occasions. Regardless of his excellent blues technique and sound, Johnson didn't want to be a bluesman, for he was a passionate believer in the Bible. So, he began singing the gospel and interpreting Negro spirituals. He became a Baptist preacher and brought his sermons and music to the streets of the surrounding cities. While performing in Dallas, he met a woman named Angeline and the two married in 1927. Angeline added 19th century hymns to Johnson's repertoire, and the two performed around the Dallas and Waco areas.
On December 3, 1927, Columbia Records brought Blind Willie Johnson into the studio where he recorded six songs that became some of his most enduring recordings: a song about Samson and Delilah called "If I Had My Way," "Mother's Children Have a Hard Time" (often understood as "motherless children"), "It's Nobody's Fault but Mine," "Jesus Make up My Dying Bed," " I Know His Blood Can Make Me Whole," and Johnson's single most-acclaimed song, "Dark Was the Night -- Cold Was the Ground," which is about the crucifixion of Christ. But after this session, Johnson didn't return to the studio for an entire year. The second visit (which took place on December 5, 1928) found him accompanied by his wife, Angeline, who provided backing vocals. The two recorded four songs, including "I'm Gonna Run to the City of Refuge" and "Lord, I Just Can't Keep From Cryin'." Songs from these first two sessions were also issued on the Vocalion label. Several months later, Willie and Angeline Johnson met Elder Dave Ross and went with him to New Orleans where Blind Willie Johnson recorded ten songs for Columbia. From this December 1929 session came a few more of his best-known songs, including "God Don't Never Change," "Let Your Light Shine on Me," and "You'll Need Somebody on Your Bond."
Although Blind Willie Johnson was one of Columbia's best-selling race recording artists, he only recorded for them one more time -- in April 1930 -- after which he never heard from them again. This final session took place in Atlanta, GA (again, Johnson was accompanied by Angeline who actually sang lead on a few numbers this time), and consisted of ten songs, including "Can't Nobody Hide From God," "John the Revelator," and the slightly altered "You're Gonna Need Somebody on Your Bond." These last two songs were issued on one record that was withdrawn shortly after its release. Despite the fact that Johnson did not record after 1930, he continued to perform on the Texas streets during the '30s and '40s. Unfortunately, in 1947, the Johnsons' home burned to the ground. He caught pneumonia shortly thereafter and died in the ashes of his former home approximately one week after it was destroyed. Purportedly, Angeline Johnson went on to work as a nurse during the 1950s.
Dark Was the Night Over the years, many artists have covered the gospel songs made famous by Blind Willie Johnson, including Bob Dylan, Eric Clapton, and Ry Cooder ("Dark Was the Night" inspired Cooder's score for the movie Paris, Texas). Johnson's song "If I Had My Way" was even revived as a popular hit during the 1960s when it was covered by the contemporary folk band Peter, Paul and Mary. Several excellent collections of Blind Willie Johnson's music exist, including Dark Was the Night (on Sony) and Praise God, I'm Satisfied (on Yazoo). Johnson's music also appears on many compilations of country blues and slide guitar. (Joslyn Layne, AMG)