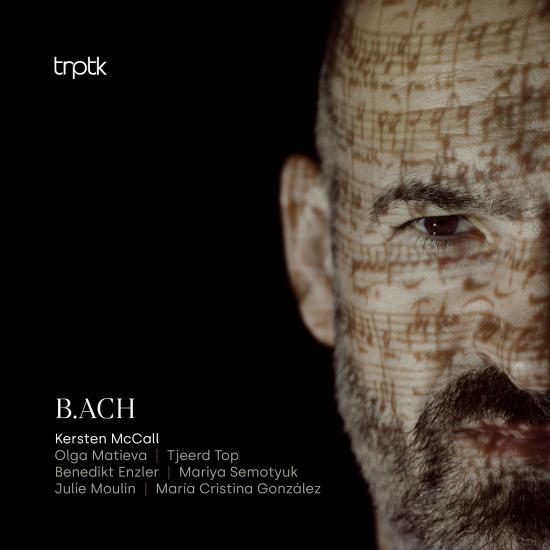 This is not Bach: I guess that everyone has a story with Bach: musicians, music lovers, classical players, improvisers, composers, rock- as well as folk musicians. Most of these stories probably start with a recording that was playing at home, and very likely it was the Goldberg Variations played by Glenn Gould. Or the Cello suites played by Pablo Casals, Henryk Szeryng playing the Chaconne or Willem Mengelberg conducting the St. Matthew Passion. Maybe it was Stokowski’s arrangement of Toccata and Fugue in D minor. Some probably don’t even know that they are hearing a Bach tune when listening to Paul Simon’s American Tune or Paul McCartney’s Blackbird. However, I did not have this early positive exposure to Bach’s music — on the contrary, I was scared of it. The first time I played Bach was at the age of 12, at the National Youth Competition in Germany. I performed the E-flat major Sonata with my father accompanying me on the piano. The jury had only two comments: ‘find a better pianist’ and ‘this is not Bach’.
This is not Bach. How many times must I have heard this comment? Not only about my own playing, but that of friends, classmates or my brother, who is a pianist. How do you deal with this type of criticism? Work on your skills? Do more research? Learn all the rules? Behave in a certain way? Or just avoid this music altogether? I went for the last option.
My moment of awakening happened quite late at the age of 20, during a rehearsal of Bach’s Christmas Oratorio. My professor, who knew about my problems with Bach, asked me to play this gig with her. No words, no explanation, no teaching, just playing. We started the Sinfonia, and I was immediately taken. Bach was beautiful!
What followed was a journey of learning and discovery. Slowly the godlike, untouchable monument that was Bach became a person, a composer just like my dad, a man who was not only a genius inventor of music but a phenomenal improviser and restless discoverer of new techniques in writing and playing, a collector of earlier music, and someone who was always curious about the works of others. Being responsible for entire concert seasons in Köthen, Weimar or Leipzig he was also a very practical man. Copying his own work (and that of others), transcribing it, parodying and rearranging it into new combinations was common practice. Therefore, a great deal of his work is not original music but actually copy-pasted, and many pieces that have survived until today are arrangements of other versions of earlier transcriptions of new combinations of different movements from…
Years ago, a friend of mine gave me his ‘completion’ (only a few bars) of the A major sonata’s first movement. I was so electrified by the idea that one can actually do this: lay hands on a masterpiece, restore it, be Bach’s assistant, apprentice or student. Over several years I worked on my own completion of this piece, testing it in various performances, correcting, destroying, reconstructing until I ended up with the version you hear on this recording. In the spirit of transformation, I decided to arrange it into a trio sonata with violin to bring more clarity to the polyphonic structure.
With that, my appetite was whetted. I started working on other pieces that I found worthy of getting some sort of makeover or ‘explanation’. I initially created my versions of the two originally solo pieces, the A minor Partita and the C major violin Sonata to explain the structure of the music, its harmony, phrasing and character. The urge and necessity to do this has very much been a result of teaching. It was teaching that brought up such questions as where to breathe, which notes to emphasize and how to phrase, and it was teaching that made me doubt many traditions or habits that everybody (including myself) seems to agree to without actually knowing where they come from.
So here is the result of my journey… so far. And for the first time, people might be right in saying: This is not Bach! Indeed, it is not. But it is his spirit, and that’s what matters most to me.
Kersten McCall, flute
Olga Matieva, harpsichord (tracks 2-5, 7-10 & 17-19)
Tjeerd Top, violin (tracks 17-19)
Benedikt Entleer, cello (tracks 7-10 & 17-19)
Mariya Senotyuk, flute (tracks 6 & 12-15)
Julie Moulin, alto flute (track 6 & 12-15)
María Cristina González, alto flute (tracks 6, 11 & 12-15)
Paul Frick, electronics (track 16) 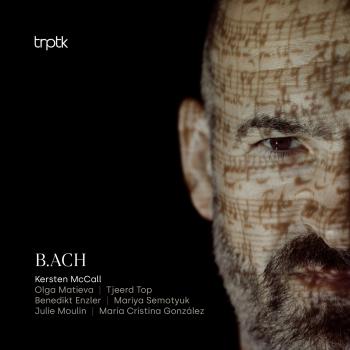