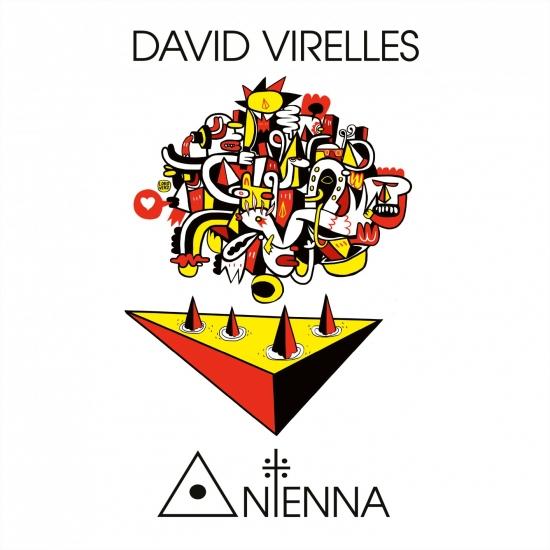 The music of Cuban-born, Brooklyn-based pianist David Virelles conjures a hallucinatory world in which ancient Afro-Cuban rhythms and ritual reverberate in the here and now. His latest ECM offering is Antenna, music attuned to a timeless rhythmic-cultural current even as it pulses with a vibrantly urban, modernist energy. A six-track, 22-minute EP released exclusively on vinyl and digitally, Antenna sees Virelles channel Afro-Cuban percussion into an electro-acoustic, almost psychedelic swirl, one that melds jazz improvisation and organic grooves with digital refraction, shadowy synthesizers, otherworldly field recordings and even Cuban street poetry.
Virelles’ ECM leader debut from 2014, Mbòkó, scored high on Best Of The Year lists for The New York Times, NPR, iTunes and The Village Voice, among others. The Guardian described Mbòkó as “a jazz-infused world-music project beyond categories,” adding: “Virelles looks set to make big differences in contemporary music for years to come.” The pianist was born in 1983 and bred in Santiago de Cuba, moving to Canada in 2001 and to New York City in 2009. His studies included private lessons in composition with the great jazz composer-saxophonist-flutist Henry Threadgill, who adds his alto to the teeming sonic brew of Antenna. Prior to the release of Mbòkó, Virelles appeared as a sideman on two ECM albums: Tomasz Stanko’s double-disc Wislawa and Chris Potter’s The Sirens, both from 2013. Reviewing a Virelles headlining concert later at the Village Vanguard, Ben Ratliff of The New York Times described the pianist as having “a sure touch and multiple musical vocabularies, of which he seems determined to create a synthesis that isn’t schematic or obvious.”
About Antenna, Virelles says: “This album is unlike any that I’ve made before – the music would have been impossible to create in the usual way, with this level of sonic experimentation. I wanted the music to have the sound and feel of traditional Afro-Cuban rhythms, but generated and deconstructed electronically, so that I could make new, very different music out of those elements. I spent a lot of time trying to make my electronic percussion sound as natural as possible, yet Marcus Gilmore’s drums and cymbals were sampled so that he could not only play his drum kit but also generate some grooves digitally, still using his own sound. We added ambient noise in the background of the opening and closing percussion pieces I programmed, to make them sound like field recordings – a sonic atmosphere I like. I’m proud of the otherworldly aspect of those tracks.”
The album title, Antenna, reflects the music’s ancient-meets-modern blend, Virelles explains: “There’s a very old idea of human beings, or any living organism, functioning as antennas for a higher order of intelligence and purpose – our bodies being conduits for the manifestation of that energy in the physical world.” The irresistible track “Rumbakuá” – with its tapestry of Cuban vocals and traditional rhythms voiced with an urban phrasing and feel – evokes the channeling of Afro-Cuban culture down through the generations. “It’s about how the culture survived dislocation and colonization, remaining a beacon for people,” Virelles says. “The words – in Spanish as well as African dialects that survived in Cuba – reference music, poetry, religion, divination, herbology. They’re also an invitation to rejoice, as these are things that give us an identity and a path even when people lack the material essentials.”
On “El Titán de Bronce” Virelles improvises across an atmospherically off-kilter electro-acoustic groove.“Water, Bird-Headed Mistress” features Threadgill’s distinctive alto saxophone threaded through an electronic eddy of textured sound, designed in league with co- producer Alexander Overington. “I’m obsessed with sound, being able to tell stories with it,” Virelles says. “To me, the means aren’t as important as the ends when it comes to music. Whether I’m using the piano or a synth and samples, I’m always trying to tell stories with sound. And there’s no doubt that the experience of working with electronics has opened me up to new concepts rhythmically, expanding my range as a composer and a musician.”
Reflecting on the communicative role of rhythm in ancient cultures, Virelles points out how “master drummers were revered in those societies. Their role went beyond music: They served as storytellers and spiritual guides. Different kinds of rhythms communicated different messages, and these rhythms are related to our physical experience as we’ve evolved over thousands of years. I suspect that’s why, even in contemporary Western culture where we don’t have an equivalent notion to the master drummer, we still respond viscerally to the sound of drums. In creating Antenna, I imagined those age-old rhythms being played by a futuristic drum ensemble – one that I ended up calling Los Seres, even though those sounds were programmed by me. I tried to translate a timeless rhythmic aesthetic to electronic instruments, as well as experiment with rendering a modern vocabulary via traditional drums. I wanted this music to underscore the commonality between past and present.”
David Virelles, acoustic piano, Hammond B3 organ, Roland JUNO-6, Vermona electric piano, Wurlitzer electric piano, prepared piano, programming, samples
Alexander Overington, electronics, samples, cello
Rafiq Bhatia, guitar
Henry Threadgill, alto saxophone
Román Díaz, vocals
Etián Brebaje Man, vocals
Marcus Gilmore, drums, electronic percussion
Mauricio Herrera, percussion
Los Seres, percussion 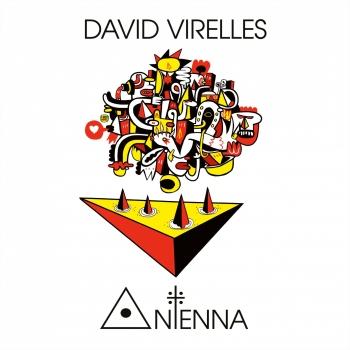 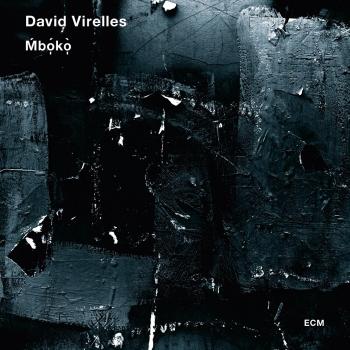 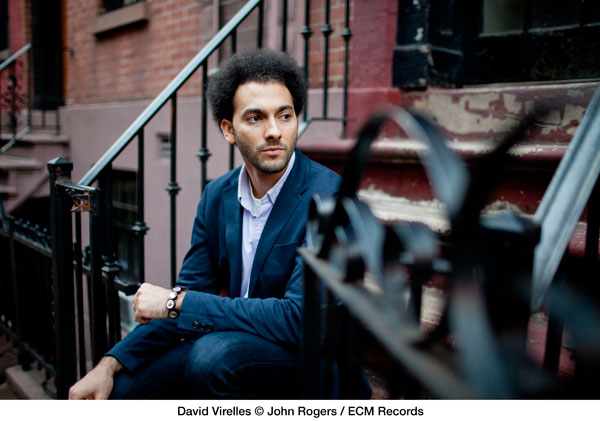 David Virelles
Born and raised in Cuba, pianist and composer David Virelles grew up in a musical family, his father a professional singer-songwriter and his mother a flautist in the Santiago de Cuba Symphony. He started studying classical music at age seven, as well as being exposed to the large array of musical forms on the island. Eventually, David discovered his grandfather’s jazz collection and also became interested in that tradition.
In 2001, he left for Canada as a protégé of Canadian musician Jane Bunnett, with whom he recorded several albums (two of them Grammy nominated), toured and collaborated with on a number of projects.
While in Canada, David graduated from the music program at Humber College. He studied privately with pianist Barry Harris and has also studied composition with the influential composer Henry Threadgill, which had a really deep impact in Virelles’ personal musical outlook.
Over the years he has performed and/or recorded with: Steve Coleman and Five Elements, Henry Threadgill, Dewey Redman, Sam Rivers, Andrew Cyrille, , Hermeto Pascoal, José Luis Quintana “Changuito”, Stanley Cowell, Rudresh Mahantappa, Horacio “El Negro” Hernández, Mark Turner, Paul Motian, Ben Street, Chris Potter, David Binney, Ravi Coltrane, Adam Rogers, Jeff Ballard, Jane Bunnett and “Spirits of Havana”, Miguel Zenón, Cuban visual artist Alberto Lescay, Howard Johnson, Dan Weiss, Adam Cruz Milestone Group, Jon Hendricks, Wadada Leo Smith, among others.
In 2003 he became the first recipient of the Oscar Peterson prize, presented by Peterson himself. His debut album Motion was released in 2007 on the label Justin Time, after winning the Grand Prix de Jazz Award at the Montréal Jazz Festival.
David continues to develop his musical concepts via the groupContinuum, featuring bassist Ben Street, legendary drummer Andrew Cyrille and percussionist Román Díaz. His anticipated album under the same name will be released on October 23rd, 2012 by New York based jazz label Pi Recordings.
Needless to say, David Virelles is growingly in demand in the New York music scene as a solo-artist as well as a sideman, having performed and extensively toured with Steve Coleman’s Reflex Trio and Five Elements, Mark Turner, David Binney, Ravi Coltrane, Henry Threadgill, Chris Potter, among others.