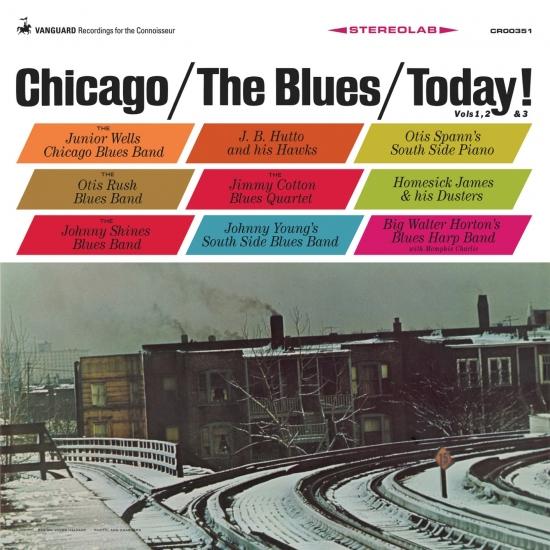 An Influential Blues Masterpiece: Chicago/The Blues/Today! is a series of three blues albums by various artists. It was recorded in late 1965 and released in 1966. It was remastered and released as a three-album in 1999.
In the winter of 1965, producer, author, and scholar Samuel Charters arrived in Chicago. He wanted to do something simple: Record the best of the city’s vibrant blues scene. Charters and Vanguard Records hoped that the resulting album, 1966’s Chicago/The Blues/Today!, would introduce listeners to contemporary blues and its rising stars. They had no idea that the 3-LP set would reinvigorate the genre – creating new opportunities for its artists and influence countless rock musicians along the way.
Chicago blues evolved from the traditional music of the Delta bluesmen – many of whom relocated to the Midwest from the segregated South in the 1920s, 30s, and 40s. Among them were Muddy Waters, Howlin’ Wolf, and Big Bill Broonzy, who established themselves in Chicago’s South Side. There, in the aftermath of World War II, a new style of blues began to emerge. It was exciting – bolstered by the warmth (and occasional distortion) of electric guitars and amplified harmonicas, with accompaniment from high-energy rhythm sections. In addition to Waters, Wolf, and Broonzy, artists like Sonny Boy Williamson, Little Walter, and Willie Dixon were foundational in creating the Chicago blues sound.
The Junior Wells Chicago Blues Band
J. B. Hutto and His Hawks
Otis Spann's South Side Piano
The Jimmy Cotton Quartet
The Otis Rush Blues Band
Homesick James and His Dusters
Johnny Young's South Side Blues Band
The Johnny Shines Blues Band
Big Walter Horton's Blues Harp Band with Memphis Charlie
Digitally remastered 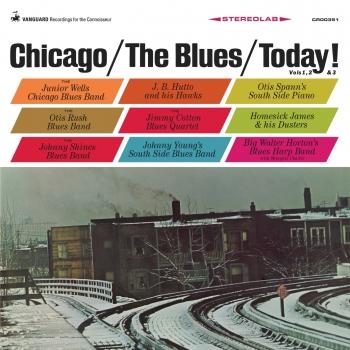