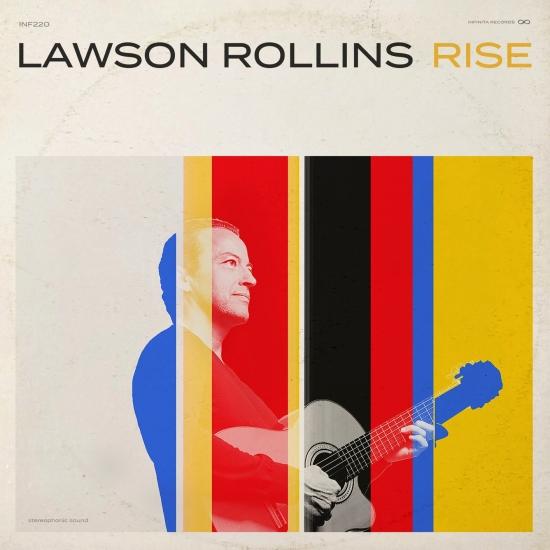 With the release of RISE, Lawson Rollins offers a bold collection of ten original songs that showcase his signature virtuoso guitar style and eclectic compositional flair for melody and rhythm. Lawson explores new collaborations with Haitian vocalist Jeff Pierre, saxophonist Mary Fettig, and Grammy winning violinists Charlie Bisharat and Mads Tolling on several tracks, while deepening his connection with regular band mates Stephen Duros, Davo Bryant, and Dan Feiszli throughout the album. Each song finds Lawson rising to his peak abilities as a guitarist and composer. Lawson states, “This album was forged during the unprecedented difficulties the world has seen over the past year, but as the Latin motto “Ad Astra Per Aspera” proclaims, we can reach the stars through difficulty. It is in that spirit that this album was made."
Lawson Rollins, classical guitar 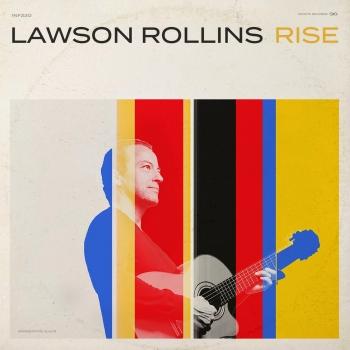 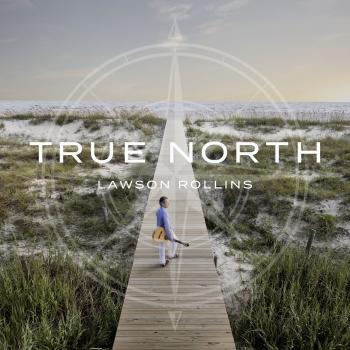 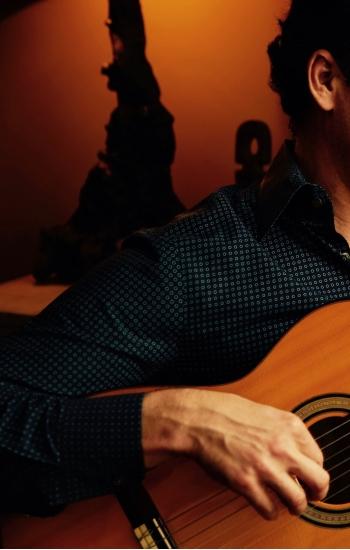 Lawson Rollins
Few artists inhabit their music as seamlessly as multiple award-winning, Billboard Top 10 ranked guitarist and composer Lawson Rollins. He plays his instrument with a soulful intensity that combines the stimulating rhythmic drive of rumba, salsa, and samba with graceful melodic finesse and free-flowing improvisational flair. Acoustic Guitar Magazine describes his playing as 'impeccable' and 'dazzling', while the prestigious Guitar Player Magazine ranks Lawson as one of the “50 Transcendent Acoustic Guitarists” of all time and writes, "Lawson Rollins is a bona fide star...The key to Rollins' mass appeal is his signature artistic balance between classically influenced compositional refinement, infectious exotic rhythms, and the unbridled intensity of full-on shred."
Over the past 20 years, Lawson’s 10 solo albums and 4 albums with his prior group Young & Rollins have landed in the Billboard Top 10 World Music Chart and spawned several Billboard Top 30 contemporary jazz hits, winning him an ever growing fan base attracted by his melodic, exhilarating solos and exotic, cross-genre instrumentation performed by internationally renowned musicians. Sensational videos like “The Fire Cadenza” and "Locomotion" - a jaw dropping display of his electrifying speed and gift for merging rhythm and melody - have attracted millions of broadcast television and internet viewers including over 10 million views alone on YouTube.
Lawson's critically acclaimed, award-winning, genre defying solo albums - INFINITA, ESPIRITO, ELEVATION, FULL CIRCLE, TRAVELER, INFINITE CHILL, 3 MINUTES TO MIDNIGHT, AIRWAVES: THE GREATEST HITS, and DARK MATTER: MUSIC FOR FILM - landed high on the contemporary jazz radio charts and produced a Billboard #1 song - "Moonlight Samba" from ESPIRITO. For two consecutive years, he earned a 1st Place award in the prestigious USA Songwriting Competition. He also won three Gold Medals in the Global Music Awards for Instrumentalist, Album, and Top 10 Albums of the Year for his TRAVELER album. As a testament to his enduring appeal on radio he was asked to serve as "Celebrity Guest DJ" on Sirius-XM Radio, available to listen to here.
His albums feature numerous collaborations with artists from around the globe, including Grammy Award winners and nominees like Big Bad Voodoo Daddy, Charlie Bisharat (of Shadowfax), Airto Moreira, Flora Purim, Mads Tolling, Kayhan Kalhor (of the Silk Road Ensemble) and Horacio Hernandez, as well as Billboard #1 charting contemporary jazz masters like 3rd Force and Praful. An ever growing cast of eclectic, notable artists continues to expand his world-fusion sound, with musicians such as Idan Raichel, Buckethead, William Aura (of 3rd Force), and Shahin Shahida (of Shahin & Sepehr) contributing to the mix.
In his globally-inspired music, Lawson incorporates the propulsive drive of Afro-Cuban rhythms with a style based on the music of Spain, India, Persia and the Arab world. "All music has a hybrid quality," Lawson believes. "Thousands of years of travel, trade and communication between cultures created new forms of musical expression. The Spanish guitar embodies this with its ties to the Arab oud, the Persian tar, even the sitar, so weaving those strands together seems natural to me."