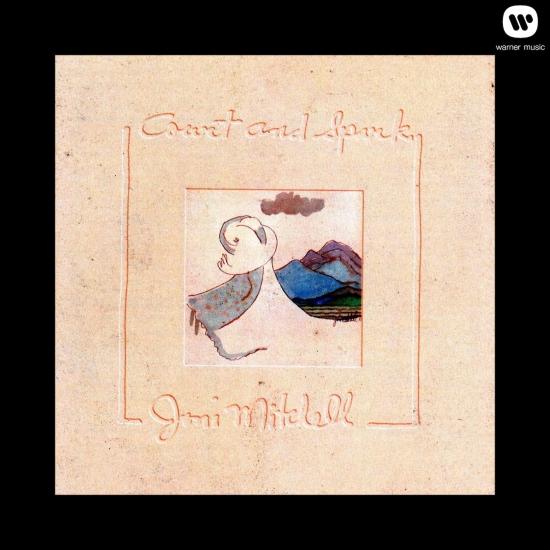 Info for Court And Spark (Remastered)

'Court And Spark' completed Joni Mitchell's transition from folk-singer to sophisticated rock auteur. In addition to her meticulously crafted melodies and evocative, image-rich lyrics, the songs here are breezy and immediately appealing. This is in part due to Tom Scott's L.A. Express, a sinuous jazz-based combo, but also to Mitchell's knack for pop hooks, which abound on 'Court And Spark'. The album's accessibility made it Mitchell's most commercially successful, yet the personal intensity and insight of her songwriting never wavers. 'Help Me' was a hit single, as was 'Free Man in Paris,' an expansive pop frolic that is reputedly a dig at industry mogul David Geffen. Mitchell returns to the terrain of piano balladry on 'The Same Situation' and 'Down to You'; yet even on these, as on the excellent social satire 'People's Parties,' one can hear the influence of jazz on her vocal phrasing and intonations. The rock-&-roll romp 'Raised on Robbery' and the bluesy, comic swing of 'Twisted' mix things up a bit, showing the artist's increasing ability to master and manipulate any form. 'Court And Spark' is one of Mitchell's finest albums, confirming her standing as one of the most important and subtle talents of the rock era.
Smooth and straight-ahead, Court and Spark is the biggest record of Mitchell's career. Working with saxophonist Tom Scott's fusion group, L.A. Express, Mitchell settles into a folk-pop-jazz groove that remains a landmark of breezy sophistication, particularly on the Top 10 single 'Help Me.' (Rolling Stone)
Joni Mitchell, vocals, piano
Wayne Perkins, electric guitar (on Car On A Hill)
Dennis Budimir, electric guitar (on Trouble Child)
Robbie Robertson, electric guitar (on Raised on Robbery)
Jose Feliciano and Larry Carlton, electric guitar (on Free Man in Paris)
Larry Carlton, electric guitar on all others
John Guerin, drums and percussion
Max Bennett, bass (on Trouble Child)
Jim Hughart, bass (on People's Parties and Free Man In Paris)
Wilton Felder, bass
Milt Holland, chimes (on Court and Spark)
Tom Scott, woodwinds & reeds (on Twisted and Trouble Child)
Chuck Findley, trumpet
Joe Sample, electric piano
Joni Mitchell, clavinet (on Down To You)
Joni Mitchell, background vocals
David Crosby, background vocals
Graham Nash, background vocals (on Free Man In Paris)
Susan Webb and David Crosby, background vocals (on Down To You)
Cheech and Chong, background vocals (on Twisted)
The strings on the "Same Situation" were arranged by Tom Scott; 'Down To You" arranged by Joni Mitchell and Tom Scott; 'Car On A Hill' arranged by Joni Mitchell
Engineered by Henry Lewy
Mastered by Bernie Grundman
Produced by Joni Mitchell
Digitally remastered
Rolling Stone 500 Greatest Albums of All Time - Rated 113/500