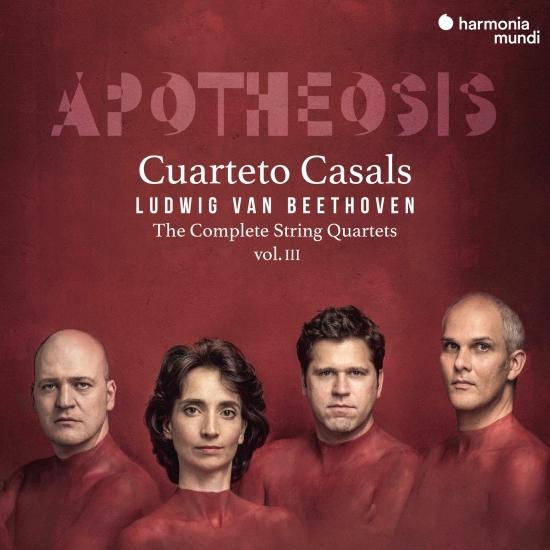 After Inventions, Apotheosis is the third and last volume in a complete set of the Beethoven quartets that breaks new ground: it aims to regroup the works according to their position within the three broad creative divisions of the composer’s life – the formative years, the ‘heroic’ period and the ‘late’ period. This programme assembles the ‘late’ quartets in a new sense, in other words those works in which the stylistic innovations of each of these creative periods reach their full flowering.
Cuarteto Casals 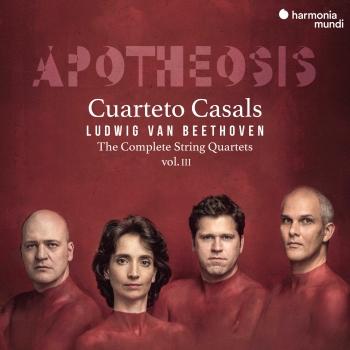 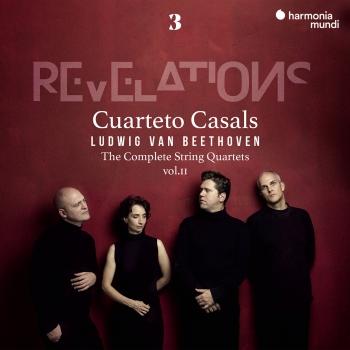 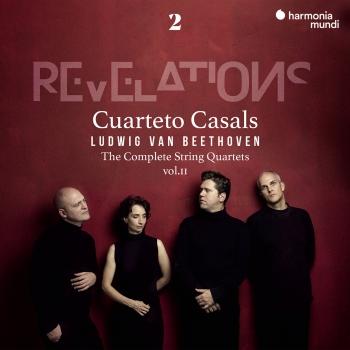 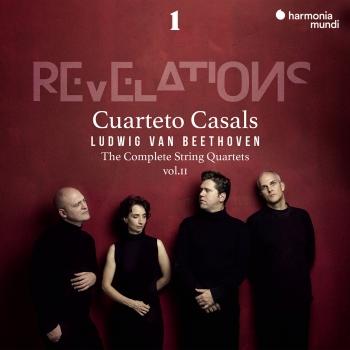 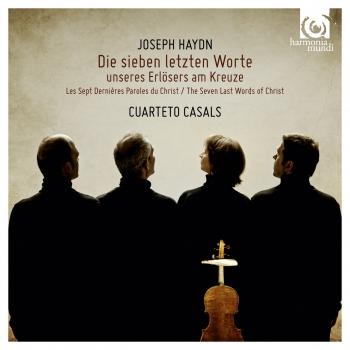 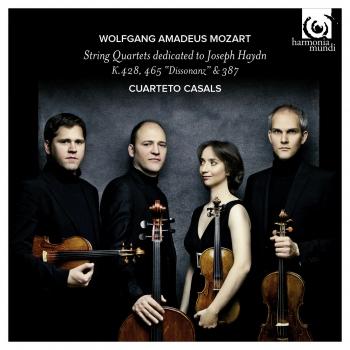 Cuarteto Casals
A quartet for the new millennium if I ever heard one ” wrote Strad magazine upon hearing Cuarteto Casals for the first time, shortly after its inception in 1997 at the Escuela Reina Sofía in Madrid.
Since winning First Prizes at the London and Brahms-Hamburg competitions, Cuarteto Casals has been a repeated guest at the world’s most prestigious concert halls including Wigmore Hall, Carnegie Hall, Musikverein Vienna, Philharmonie Cologne, Cité de la Musique Paris, Schubertiade in Schwarzenberg, Concertgebouw Amsterdam and the Philharmonie in Berlin, among many others throughout Europe, North America and Japan.
The quartet has compiled a substantial discography with the Harmonia Mundi label, including to date 9 CD’s, with repertoire ranging from lesser known Spanish composers Arriaga and Toldrá to Viennese classics Mozart, Haydn, Schubert and Brahms, through 20th Century greats Bartok, Kurtag and Ligeti. Following its critically acclaimed performances of Schubert's fifteen string quartets last season, Cuarteto Casals will record the cycle live for DVD in at L'Auditori in Barcelona, where it is quartet in residence.
“A sonic signature entirely its own,” raved the New York Times, describing Cuarteto Casals’ distinctive range of expression. A prize from the prestigious Burletti-Buitoni Trust in London enabled the quartet to purchase a matching set of Classical period bows which it uses for works from Purcell through Schubert, refining its ability to distinguish between diverse musical styles. In addition, the quartet has been profoundly influenced by its work with living composers, especially György Kurtag, and has given the world premiere of quartets written by leading Spanish composers.
In recognition of Cuarteto Casals’ unique position as the first Spanish string quartet with a truly international profile, the quartet has been honored with the Premio Nacional de Música as well as the Premi Ciutat Barcelona. The quartet has accompanied the King of Spain on diplomatic visits and performed on the peerless collection of decorated Stradivarius instruments in the Royal Palace in Madrid.
Cuarteto Casals often appears on television and radio throughout Europe and North America and is Quartet in Residence at the Escola Superior de Musica de Catalunya in Barcelona, where all four members reside and teach.