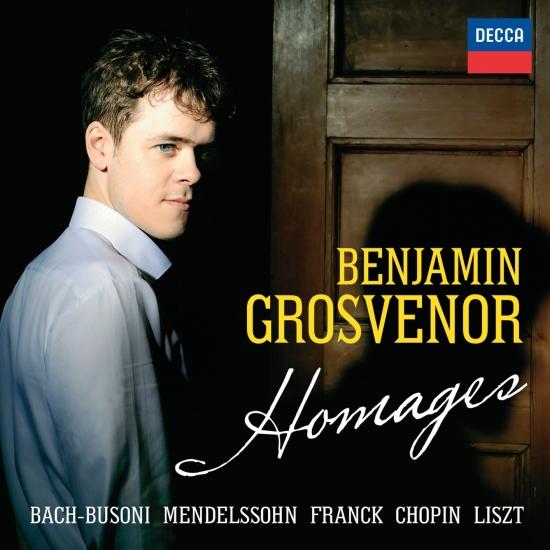 Benjamin Grosvenor Explores Hidden Connections Between Works Written Centuries Apart. In this new recording Benjamin explores works by great composers paying tribute to their predecessors.
Amongst these works, Mendelssohn looks back to the Prelude & Fugue form made so popular by Bach; and Franck does likewise (adding a Chorale as a central section to his work).
Busoni takes Bach’s great solo violin Chaconne, presenting it in a bold and imaginative transcription for piano; Chopin breathes new life in to the traditional ‘Barcarolle’ of Venetian gondoliers, followed ten years later by Liszt’s tribute to Italian folksong, Venezia e Napoli.
Benjamin Grosvenor, piano