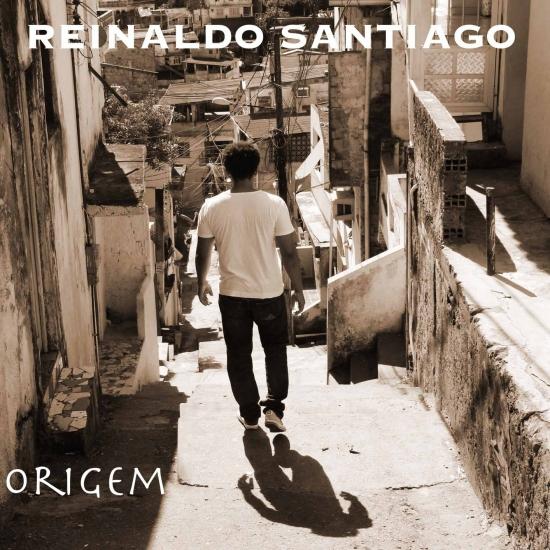 Almost every extract is composed by Reinaldo Santiago and Mikael Mutti with regional Brazilian rhythms like: samba, samba reggae, baiao, yeia, chorinho...with all the jazz mood and free-style, self-produced and simply inedited.
This album has been recorded with three Italian musicians, all enthusiastic follower of the Brazilian music and culture: Paolo Iurich, Max Filosi and Daniele Basirico. The whole point of this great work is to show and elaborate the many rhythms of the Brazilian musical culture.
In every Reinaldo’s composition there is a very strong earmark on melody, dedicated to his childhood echoes, friendship, family. Within these extracts there is a composition of her Spanish pianist friend Elisabet Raspall “Presencia” that sets this friendship.
The first extract “Origem” has been composed by Reinaldo in liaison with Paolo Iurich.
The album has been a great research work both as rhythmically and as melody. As a matter of fact is not direct only to a percussionist public but it’s for all the lovers and researchers of the Brazilian music. 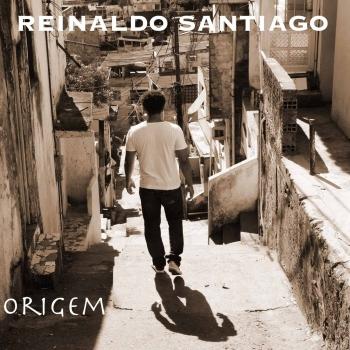 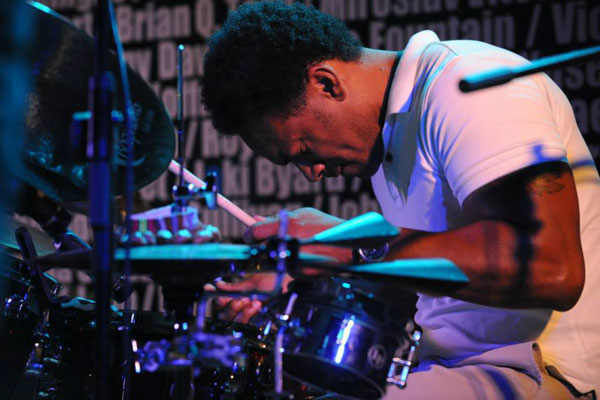 Reinaldo Santiago
was born in Salvador, Bahia in Brazil in the year 1975. He started his musical career on the road, playing on paint pots and pans that he found, and eventually found his way through the local Samba de Roda and Capoeira groups.
Through these beginnings, Reinaldo's passion was born in percussion and song, and only in later years for the drumset. In 1992 Reinaldo became a professional drummer/percussionist and started to perform with local emerging groups, traveling around Bahia. During this period Reinaldo got to meet and network with many musicians who shared his love for instrumental music.
Inspired to create something out of this longing to play instrumental music, Reinaldo organized jam sessions on his terrace during the week, and when Saturday would arrive, he played at the jam session Solar do Unhao. It was here he met and performed with highly respected instrumental musicians from Bahia and all over Brazil.
During this time, Reinaldo always wanted to further develop his personal ideas as a musician, so he started to meet frequently with his friends to play through more complex music, pushing to arrive at a higher standard. Over time, Reinaldo would go on to become recognized as one of the best drummers of Salvador, a leading session musician, playing and recording with many artists of the Regional Baiana (popular music specific to Bahia) and MPB, (Brazilian popular music.)
In 1997 Reinaldo, changed his way of life by leaving Baiana music to travel to the more rural areas of Bahia. It was here Reinaldo learnt to play regional music, characterized by an extreme simplicity. Reinaldo started to be part of the dance groups of Banda Baile. Typically, these groups toured Bahia's countryside and did not have access to the exposure afforded to Regional Baiana and MPB. The tours would begin locally in peoples houses and they would go on to travel by bus around the state, taking along all their necessary equipment and instruments. A typical night would see them play from 10pm to 4am with a 30 min rest at midnight, performing 70’s covers to todays music playing all types of music from folkloric to pop.
In 1999 Reinaldo returned to Salvador and returned to frequent the Jam de Solar do Unhao, concurrently collaborating with many artists of national and international standard. At the same time, Reinaldo continued touring in Brazil with many different artists.
In 2003, for love, Reinaldo travelled to Italy and built a new life and musical world but still remembering his Brazilian roots. He began performing in Italy with many well known names whom represent Brazilian music. With this new life, Reinaldo was becoming a highly respected musician within the Latin Jazz scene in Italy and he also started developing interest in composing, with a view to lead his own band and perform his own compositions.
It was in Rome that the seed was planted to record his first album as a band leader and in 2012, almost 10 years later, Reinaldo returned to Brazil, taking with him his compositions and many ideas that he worked through with his great friend, Mikael Mutti (musician, composer, producer). His album “Origem”. (Origin) celebrates the friendship with Mikael and pays homage to Reinaldo's cultural heritage. Today Reinaldo has taken part in various National and International Festivals, taking with him the deep sensibility of his music with the freedom and spirit of Jazz, combining for an exciting and intoxicating sound which Reinaldo calls 'Regional Brazilian Jazz'. Traslate by Olie Williams