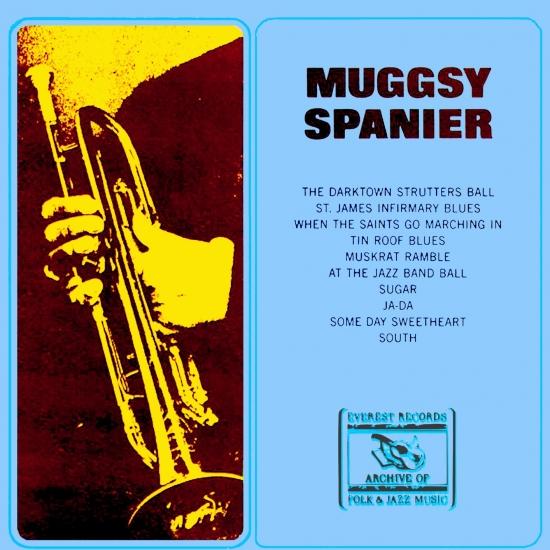 Cornet player Muggsy Spanier was a member of the famed Austin High Gang and fell for jazz the minute he saw King Oliver playing live in Chicago. His first professional job came in 1921 with the Elmer Schoebel band. In 1927 Muggsy cut his first sides with the Chicago Rhythm Kings alongside Frank Teschemacher on clarinet, Mezz Mezzrow on tenor saxophone, Gene Krupa on drums and Eddie Condon on banjo and vocals. Muggsy was back in the studio in 1928 with the Jungle Kings which was the same group except George Wettling replaced Krupa on drums. In 1929 Spanier joined Ted Lewis and his Band appearing in two films, "Is Everybody Happy?"(1929) and "Here Comes The Band"(1935).
He joined Ben Pollack's group in 1936 but left the band in 1938 due to a debilitating alcohol related illness that almost killed him. Returning to music in 1939, he formed Muggsy Spanier's Ragtime Band which featured George Brunies on trombone. By the 1940's Muggsy was in New York performing with Max Kaminsky, Miff Mole and Brad Gowans, among others, which became the famous "Jam Session at Commodore" record from 1940. By Septemeber of 1940 Muggsy joined the Bob Crosby Dixieland big band but left and from 1941 to 1943 played with his own Dixieland big band which recorded for Decca.
From 1944 to 1948 Muggsy played mostly with small hot groups in New York City and from 1949 toured the U.S. extensively with his own sextet. By 1957 Spanier had settled in San Francisco and co-led some fine groups with pianist Earl Hines until his death in 1967.
Muggsy Spanier, cornet
Darnell Howard, clarinet
Earl "Fatha" Hines, piano
Jimmy Archey, trombone
George "Pops" Foster, bass
Earl Watkins, drums
Recorded in San Francisco in 1957 and 1958
Digitally remastered 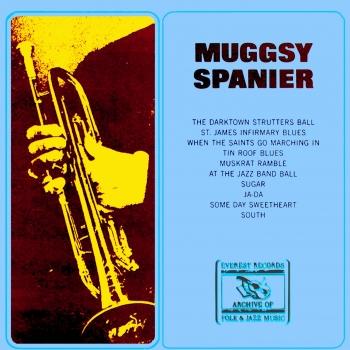