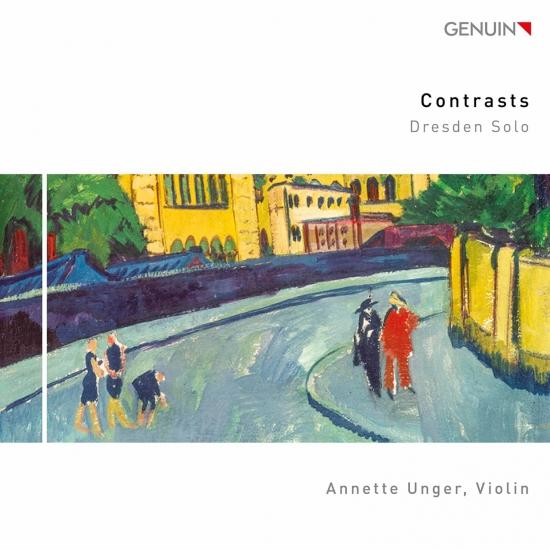 Contrasts – this album featuring works by Dresden composers takes its name from the title of a work from Hans Börner’s Aphoristic Studies, Op. 34. If we look up this word, we find, in addition to the most common meaning of “difference”, a more specific definition relating to the seven color contrasts, in- cluding light-dark, cold-warm, complementary-contrasting, and the contrast of saturation. The term marks the accentuation of difference, the property of delimitation, and the effect that is elicited by dualism in art. Dualisms are omnipresent in our understanding of the world: images of life and death, of becoming and passing away, of being and not-being, of the experienced and the unexperienced contrast with one another. ...
Annette Unger, violin 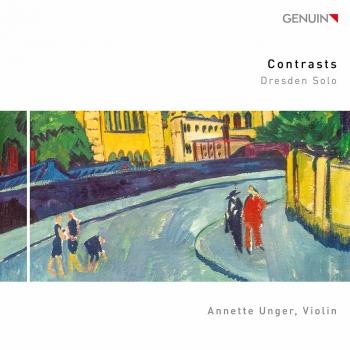 Annette Unger
The soloist and sought-after chamber music partner Annette Unger was appointed in 1992 as one of the youngest violin professors at the Hochschule für Musik Carl Maria von Weber Dresden, where she previously studied with Karl Unger. She received further artistic guidance from Eduard Melkus (violin) and Semjon Skigin (chamber music). Currently, her students regularly win prizes at international competitions and obtain engagements as musicians, professors, and lecturers.
Unger performs regularly in Germany, Russia, Austria, France, Norway, the Czech Republic, Poland, Italy, Spain, Korea, Switzerland, and Japan with such ensembles as the St. Petersburg State Capella Symphony Orchestra, Elbland Philharmonie Sachsen, and Dresdner Kapellsolisten, and is invited to international festivals. Her broad repertoire encompasses frequent world premieres, including works by Dresden composers.
Unger’s CD recordings with GENUIN and other labels featuring works from Baroque to contemporary have received wide acclaim from the press. She supports young talents as Artistic Director of the Meissen International Music Academy, which she founded, and as head of the Szymon Goldberg International Competition for Violin and Viola. She conducts masterclasses in Germany, the Czech Republic, Switzerland, Norway, Italy, Korea, and the USA, and serves as a jury member at international competitions.
Annette Unger plays a violin by Cornelius Schneider-Marfels, Erlangen 2008.