Half Live At The Bitter End (Remastered) Biff Rose 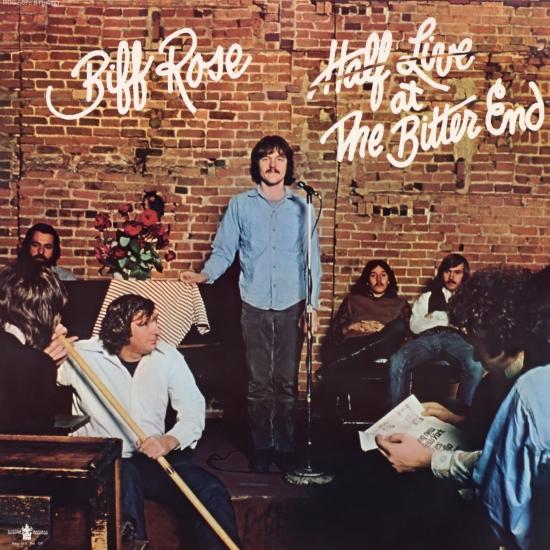 Info for Half Live At The Bitter End (Remastered)

An odd and goofy singer/songwriter who didn't fit in any comfortable niche when he emerged in the late 1960s, New Orleans pianist Biff Rose was like a vaudeville entertainer reincarnated as a spacy hippie.
Biff Rose
Digitally remastered 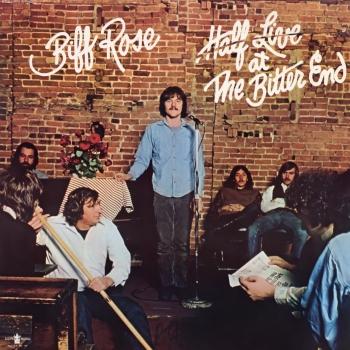 Half Live At The Bitter End (Remastered)

Biff Rose
An odd and goofy singer/songwriter who didn't fit in any comfortable niche when he emerged in the late 1960s, New Orleans pianist Biff Rose was like a vaudeville entertainer reincarnated as a spacy hippie. It isn't quite accurate to call him a rock artist, but he fits in rock about as well as anywhere else. If he's remembered by rock audiences at all, it's because David Bowie covered a Rose song -- "Fill Your Heart" (co-written by Rose and Paul Williams), from Rose's 1968 debut album -- on Hunky Dory. Bowie also covered another song from that album, "Buzz the Fuzz," in live performances (it can be heard on a 1970 bootleg), and Tiny Tim did "Fill Your Heart" on the B-side of "Tiptoe Through the Tulips."
Musically, Rose was firmly in the pre-World War II camp, sounding like a Broadway songwriter with his jaunty piano and bouncy singalong melodies. These were delivered in a whiney voice that made it easy to envision scenes of cigar-chomping Tin Pan Alley publishers telling him, "We like your songs, kid. But stick to writing, we'll get someone else to sing them." Lyrically, he was a different story, with an arch and whimsical tone that both reflected and mocked the counterculture. When he sang about flowery love and idyllic free living, there were sarcastic and ironic undercurrents that made him hard to take seriously; at the same time, the words were too far out for him to get accepted by Broadway or the easy listening pop market.
There can be no doubt that Rose influenced Bowie's early-'70s work, particularly Hunky Dory, which owed something to Rose's early albums in both the quasi-musical piano styles and thorny-rose lyrics. Bowie, of course, was a much better singer and a much harder rocker. History gives certain molds and stances to artists that might not be 100-percent accurate, and some Bowie fans, as well as critics who have considered his early work unremittingly hip and cutting-edge, may find the notion -- that an effete musical satirist such as Rose affected Bowie's work -- unacceptable. Certainly, relatively few Bowie fans would enjoy Rose's albums. Listening to the 1968 Rose LP The Thorn in Mrs. Rose's Side, however, it seems an inescapable conclusion that Bowie must have enjoyed the record and played it repeatedly, so much do some of its aspects (particularly the rolling piano arrangements and chipper orchestration) resemble the production employed on Hunky Dory.
Rose achieved some renown in the late '60s via network television appearances, particularly on Johnny Carson's show, but was never more than a cult artist as far as selling records went. He recorded quite a bit throughout the '70s, totaling nearly ten albums, but wasn't heard from on record for nearly 20 years before emerging with a new album in the late '90s. (Richie Unterberger, AMG)