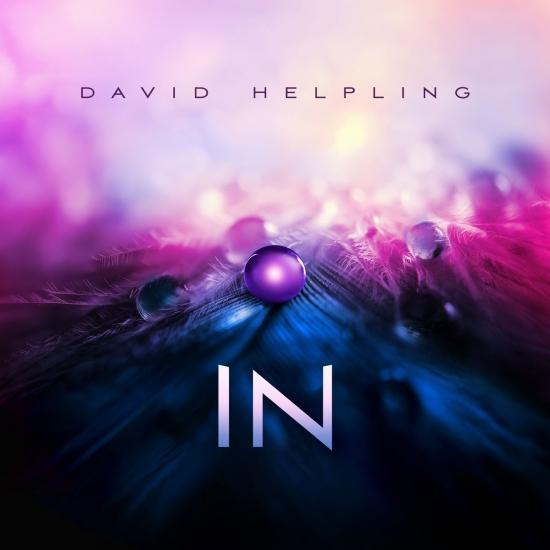 Before David Helpling released his trilogy of epic ambient collaborations with Jon Jenkins, before his shimmering guitar records A Sea Without Memory and RUNE—he had an idea that would evolve to become IN. A massive double album composed over ten years, IN was born from finding wonder in the tiniest of places. Only one square inch of forest holds a world of color and life. On this miniature scale, a shard of lichen is a monument, a twig a skyscraper, an arm’s length a universe. IN is an exploration of that magic space: an expanse of delicate subtlety and minuscule vibrancy that suggests a poignancy of existence itself.
IN builds this world with sounds from across Helpling’s career. Diamond-bright granular textures twinkle atop churning synths on wistful opener “Waves Dream of Breaking.” Chimes and echoes conjure cavernous yearning on “The Cold Distance Between,” while the climactic “In Waves of Fire” ascends on thundering drums before a shattering crescendo. Across this cinematic album, analogue synthesizers, digital synthesizers and ambient guitar entwine, untangle and entwine again. Yet here, Helpling explores new instruments as well as familiar ones. A 1981 Yamaha CP70 Electric Grand Piano summons a classic, fresh organic sound as it explores the vast scenes set by his textural guitar. This piano murmurs across chasms in the aftermath of “In Waves of Fire,” augmenting the well-established sound palette cultivated throughout years of previous works.
Unique and diverse artists stepped into David Helpling’s vision with their own inspired expressions. Portland fine art photographer Brandt Campbell captured IN’s micro-world in breathtaking macrophotography. Co-producer Howard Givens worked closely with Helpling to explore the hidden nuances of this album and elevate each piece to its final form. Matthew Schoening’s electric cello is enchanting and elegiac on “You Already Are.” Miriam Stockley lends her rich, ethereal vocals to “Slipping” and “I Too Am Coming Home,” balancing hope and melancholy with each ebb and flow of her voice. Award-winning multi-instrumentalist Benjy Wertheimer plays the Esraj, an expressive bowed instrument from India, on the buoyant “The Bliss You Always Carried.” Vocalist Nidhi Bhatmuley gives a soaring performance on the post-rock flavored “This Burning Sky,” an emotional epic that evokes Hans Zimmer’s work with Lisa Gerrard. Through these significant contributions, Helpling has realized a macro-focus on his contemplation of life.
Inspired by the vastness of small spaces, IN is both simple and intricate, both expansive and intimate. And just as the spaces that inspired them, these thirteen pieces unveil new images when examined. Here, a pebble by a stream is a fjord falling into the sea. Here, nature wrought in new colors; the greens and blues of tree and sky replaced by microbial fuchsia, folded violet. Here, a world—vivid, vibrant, waiting.
David Helpling 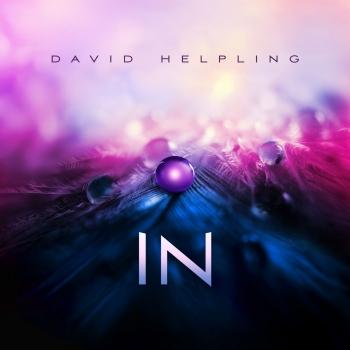 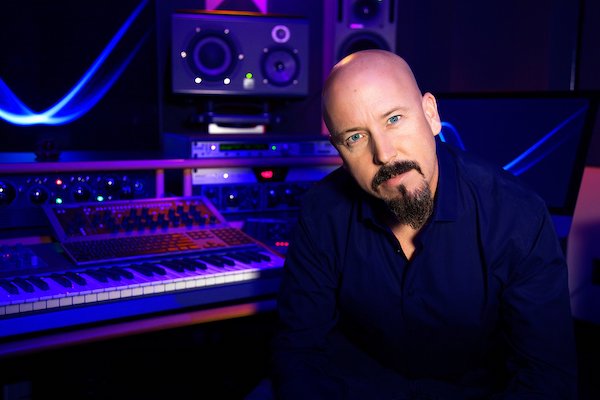 David Helpling
As a young teen, David Helpling pushed himself to learn guitar – experimenting with various effects and signal processors to create illusions with sound. Together with his passion for synthesizers and percussion, this guitar sound became centric to a complete vision and musical style that expresses sonic moods with a definite soundtrack feel.
“Music is always in my head. That’s how I write. I’m always dreaming.”
David’s debut release, Between Green and Blue, was a finalist for the INDIE Album-Of-The-Year award. On his second release, Sleeping On The Edge Of The World, the artist took his unmistakable style and dense sound sculptures to a deeper, more powerful and cinematic level.
As an accomplished and highly sought after composer of music scores for film, David is continually honing his compositional skills. “Creating music for film and video projects is wonderful and rewarding…but it also has its limitations. I think the emotional writing and technical experience of scoring certainly gets me closer to the core of what is important in my own music.”
Working side by side with Jon Jenkins, David’s driven pursuit to create the music of his dreams was fully realized with the release of their trilogy of albums Treasure, The Crossing, and Found. This beloved trilogy earned the duo an unprecedented five Zone Music Awards, and the enduring international success of these collaborative albums proves that the combination of these two artists is explosive and limitless.
Helpling and Jenkins are fearless in their pursuit of the lush and monumental sound that dominates their artistic vision, and their work together contains all the essentials for an epic musical journey: compelling and expansive multi-layered drum elements contrasted by alluring yet elusive textures, strong melodies appearing over powerful percussion, synths and guitars, all of which give way to vast spaces of deep and mystifying ambience.
In 2022 David revealed his double album “IN” that returns to his multi-instrumental style for the first time since Sleeping On the Edge Of The World. Crafted and built over several years, this rich release comes in at almost 90 minutes. The music explodes with the power of subsonic drums, pulsing synthesizers and searing new complex textures as clear phrasing reveals an unforgettable sound. “IN” is a personal and timeless work crafted over expansive time that seems to build and flow in dreams and thunder with each listen.