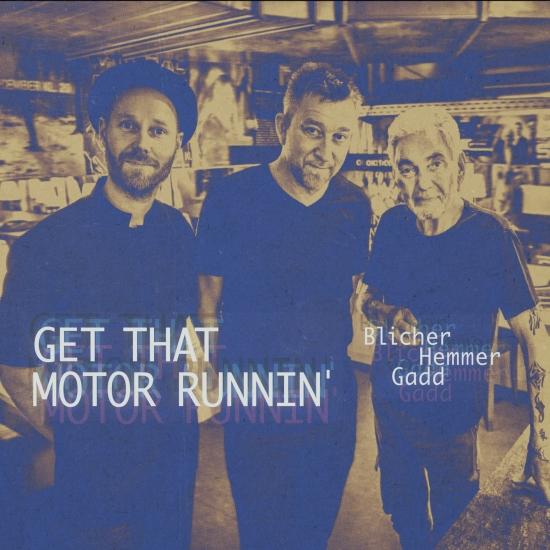 Info for Get That Motor Runnin'

Drum legend Steve Gadd along with the 2-time Danish Grammy-winning saxophonist Michael Blicher and hammond-wizard Dan Hemmer release their third studio album – Get That Motor Runnin’.
United by a shared love of performing bluesy, soulful music in the most intimate and acoustic of settings, Blicher Hemmer Gadd’s hard-swinging 3rd album – Get That Motor Runnin’ – recreates the excitement and energy of the late-night sets they’ve performed around the world together.
Formed after a chance encounter more than 5 years ago, they continue with this joyful project, which has flourished despite the 3,000+ miles, 40+ years and 3 busy touring schedules which separate them.
After decades performing stadiums with the likes of Eric Clapton, James Taylor and Steely Dan, Gadd relishes the opportunity to rediscover the sound and feel of playing almost acoustically.
“This is honest Music” Gadd says. “No one plays like this anymore.”
In fact, so integral is that ‘live’ element to the band that half of the albums tracks were recorded on tour, in front of an audience. Saxophonist Michael Blicher’s lyrical compositions bring out the soul of the band, providing the perfect foundation for the dazzling interplay and and heartfelt improvisations that follow.
The vibrating drum skins, the bamboo of the saxophone reed and the tone wheels of a 50 year-old Hammond organ combine to give a collection of songs both respectful of the past and fresh for 21st Century ears.
“It´s a ball playing with these guys. It´s really all about the three of us supporting each other and creating honest music together – it´s really something! The music that Michael writes for this band is just very unique and it fits perfectly to his and Dan’s way of playing. I grew up listening to organ bands – I love that kind of music. I know Michael has been listening to a lot of great New Orleans drummers, and I think he has come up with his own unique thing and the crowds loved it.“ (Steve Gadd)
Michael Blicher, saxophones, percussion
Dan Hemmer, Hammond organ
Steve Gadd, drums
Special guest:
Paul Carrack, vocals (track 5)
Additional musicians:
Eddi Jarl, percussion (1, 2, 6)
Peter Rosendal, piano (3 & 5)
Andreas Lund, guitar (2)
Live recordings by John Fomsgaard (Track 4 and 6 from Birkerød. Track 1 from Esbjerg) Studio recordings by John Fomsgaard at Finland Studio (Track 2, 3 & 5)
Studio engineer Jacob Worm
Mixing by Tor Bach Kristensen
Mastering by Thomas Ölcher & Matthias Lück
Produced by Michael Blicher 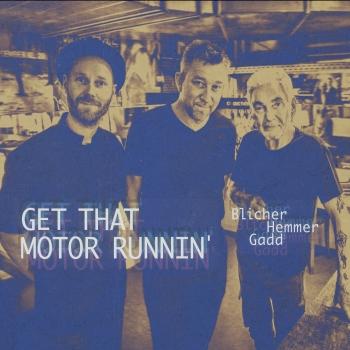 Get That Motor Runnin' 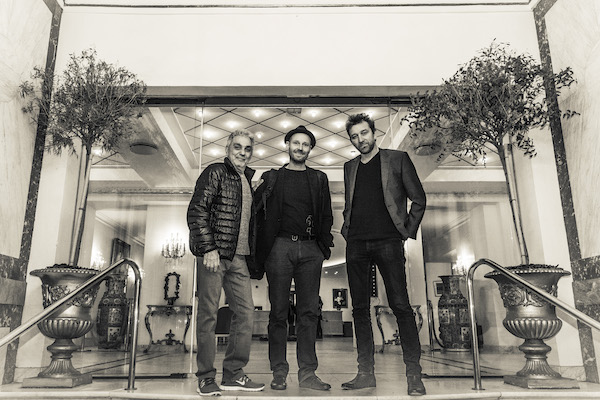 Michael Blicher
An extraordinary musical experience during a “voyage of inspiration” to Bulgaria some ten years ago sowed the seeds of what has come to be the essential focal point of saxophone player Michael Blicher’s musical pursuits: universal folkloric blues music.
A chance meeting with four women singing traditional Bulgarian folksongs accompanied by an elderly gentleman playing goatskin-bagpipe touched Michael Blicher in his inmost heart and suddenly made him feel a universal relationship between this Bulgarian folkmusic and folkloric music from Mississippi, Mali, New Orleans and Korea which had made a similar impression on him on previous travels and musical experiences.
Since then, Michael Blicher has explored and refined his version of this “musical feeling” which to him appears universal, cutting across frontiers and cultures. The result of this search for “the inner core” can be heard on albums released by his bands Astro Buddha Agogo, Radiostar and The KutiMangoes
Among the musicians with whom Michael Blicher has played most frequently during the last ten years is Hammond organ player Dan Hemmer, renowned for his remarkable talent for making both the music and the other band members, whatever the context, come tog¬ether in the best possible way.
Through an event organized by the JazzDanmark society, Michael Blicher was offered the opportunity to play with – and present his music to – drummer Steve Gadd. Right away it was clear that Gadd shared Blicher’s passion for soulfull music.
Shortly thereafter Gadd agreed to go on tour with Blicher and Hemmer – clearly a con-amore-project for this legend, who´s schedule mainly includes shows with James Taylor, Paul Simon and Eric Clapton, Chick Corea etc.
Blicher, Hemmer, Gadd The drums are back!
This is a weird sentence coming from a drummer. Never the less this describes how Steve Gadd feels when he plays with Michael Blicher and Dan Hemmer in the band Blicher Hemmer Gadd. “This is honest Music. No one plays like this anymore.” Steve Gadd says. For the last 50 years he has played with Paul Simon, Steely Dan, Chick Corea, Eric Clapton, James Taylor, Paul McCartney, Chet Baker and the list goes on.
The sound of Blicher Hemmer Gadd

Together with the award winning saxophonist, Michael Blicher (known from the successful nordic afro- beat band The Kutimangoes) and hammond organ wizard, Dan Hemmer, Steve Gadd rediscovers the sound and feel of the drums playing almost acoustically. The sounds are coming directly from the drumskin, the bamboo saxophone reed and the turning tone wheels of the 50 year old Hammond organ and with the presence and communication of these three musicians, their instruments and an audience, music comes alive in a whole new way, which excites even a world legend drummer at age 73.
This way of playing reminds Gadd of the times back home in Rochester when he sat in with Dizzy Gillespie and other touring jazz bands. It’s simple and yet very remarkable that a successful drummer as Steve Gadd still can find new ways to unfold music and discover such heartiness.
“Flawless craft and mesmerizing artistry in perfect dialogue” – Sydney Morning Herald
Saxophonist Michael Blicher composes most of the music for the band. He often finds his inspiration by traveling and through journeys to New Orleans, Nashville, Bulgaria, Asia and to West Africa, he has found a form of “universal musical energy” that affects something essentially in most human beings. “As a distinctly lyrical writer and saxophonist, you could say Blicher brings out the soul of the
band.” (AllAboutJazz.com). The music of Blicher Hemmer Gadd is loaded with energy, passion and creativity and is performed with dazzling interplay with lots of room for improvisations and for each musician to unfold their unique playing and they have reach the hearts and ears of so many fans around the globe.
First Saxophone player in “Modern Drummer”.
The news of this amazing successful trio collaboration has also reached the United States. The legendary magazine, Modern Drummer recently contacted Michael Blicher for an interview. They wanted an interview on his approach to composing and playing music and to hear about his experiences with collaborating with the world’s greatest drummer. Blicher was happy to share his compositional thoughts and experiences and he was pleased to be the first saxophonist ever to be credited in the magazine.
Jazzwise Magazine (UK) ****
“A mesmerising show from an extraordinary trio” “tunes loaded with energy, passion and creativity. The band was so tight and their set just right, but then so was Gadd, with another quote on their website about this band “becoming something really special and unique”. Many would argue they already are.”
Legendary BBC DJ, Gilles Peterson recently presented the Blicher Hemmer Gadd album on his show saying “Now here´s something real interesting!”.
AllAboutJazz .com ****
Judging by the effusive enthusiasm of the audiences at the conclusion of each track and the consistently high quality of songs on this album, this must be a great band to witness in the flesh. The record is driven by dazzling interplay and represents the real vibe of the band in a live environment. As a distinctly lyrical writer and saxophonist, you could say Blicher brings out the soul of the band.”
Rhytm Magazine (UK) ****
“The album captures the live energy and swing, enthusiastically received by fans in an intimate jazz club setting. It’s bluesy, swinging and soulful jazz played by exceptional musicians, with Gadd´s unique talent inevitably showcased throughout.”
The Sydney Morning Herald (AUS) ***(*)
“Flawless craft and mesmerizing artistry in perfect dialogue. So sensual as to steal the breath from your body.”
The Scotsman (Scotland)
“An album that effortlessly manages to give soul-jazz a great name. This trio works up some irresistibly funky grooves”

Booklet for Get That Motor Runnin'