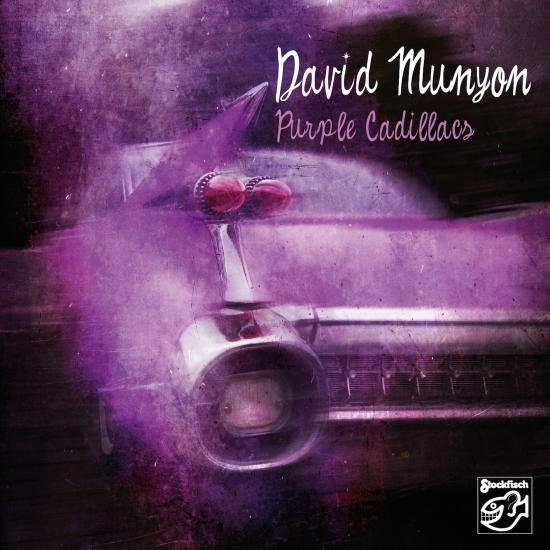 David's dream of becoming a famous movie star unfortunately didn't transpire, as we can glean from the booklet, but that is just one aspect. It is an irrefutable fact that within the American singer/songwriter tradition he is on par with such luminaries as Bob Dylan and Townes van Zandt, a fact which far too few music lovers have discovered for themselves.
These 13 Songs from the tireless creative songwriter and guitarist from Alabama, David Munyon, were recorded in Northeim.
The album includes many recently written pieces as well as new recordings of his classic repertoire like 'Song For Danko', 'Rosa's Cantina' or 'Prayers Of Elvis Presley'. David Munyon sings with his known intense voice about typical American themes, emotions, and spirituality. Munyon's dramas of the heart recall Dylan, Cohen and Townes Van Zandt, but the huskied honey voice and visions of redemption are inimitable.
The music and arrangements on 'Purple Cadillacs' are reminiscent of the music from his album 'Poet Wind' from 1998. The album features British musician Mike Silver who, with his guitar and his backing vocals, gives the songs on 'Purple Cadillacs' a characteristic color.
„David Munyon is an American folk guitarist/singer who spends time in between the USA and Germany. He plays with a full band on this CD, although there is no percussion. The guitars are pivotal to pushing his songs through with delicate patterns dancing together with enough space in between. His vocals are more of an acquired taste as they are a bit on the weathered side of life. The songs are worth spending some time with as there is a mature story telling going on here. And keep listening and you may find an absolute gem like the seven-minute “Help Me Krishna Song”, a meditative classic of this era. I certainly did not expect that after a song called “Prayers of Elvis Presley”. (David Hintz, FolkWorld)
David Munyon, vocal, guitar
Ian Melrose, acoustic, electric guitars, tambura, low whistle, xaphoon
Mike Silver, background vocals, guitars
Urs Fuchs, electric bass
Thomas Kagermann, violin