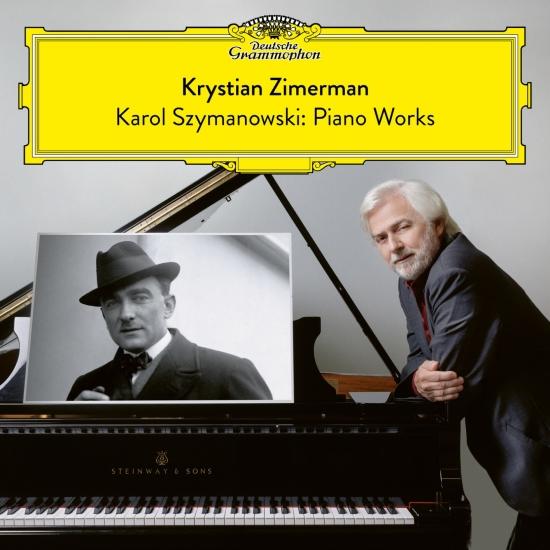 Polish pianist Krystian Zimerman returns to his roots to pay tribute to his compatriot Karol Szymanowski on the 140th anniversary of the composer’s birth. Having studied his solo piano works for decades, Zimerman presents a new album of richly varied repertoire spanning the period from 1899 to the mid−1920s. His aim is to shed new light on this less familiar aspect of Szymanowski’s output and help cement his reputation as one of the great composers of piano music.
There is also a strong thread of friendship running through this album, linking both Szymanowski and Zimerman to legendary pianist Arthur Rubinstein, and Zimerman to the world-renowned acoustician Yasuhisa Toyota. Coupling repertoire captured this year at the Toyota-designed concert hall in Fukuyama with previously unreleased recordings made by Zimerman in 1994, Karol Szymanowski: Piano Works will be released by Deutsche Grammophon on 30 September 2022 on CD and digitally, including an immersive surround sound version. A 2-LP edition will follow on 21 October.
Zimerman bookends his programme with music written in Szymanowski’s student days, beginning with four of the nine Preludes Op. 1, some of which may date back as far as 1896, when the composer was only 14. Masques Op. 34, written on the composer’s family estate in Ukraine during the First World War, reflects both Szymanowski’s immersion in the writing of Debussy, Scriabin and Stravinsky and his pre-war travels in North Africa and the Mediterranean region. A work from the height of his artistic maturity, it portrays three literary figures: Scheherazade, “Tantris” or Tristan and Don Juan.
This is followed by four of his twenty Mazurkas Op. 50 (1926–31), the only set to compare in substance with those of Chopin. Brimming with complex rhythmic writing, chromatic harmonies and rich textures, and setting considerable technical challenges for the performer, the pieces were largely inspired by the folk songs and dances of the Tatra Mountains. Zimerman then concludes with the exquisite Variations on a Polish Folk Theme Op.10, a work which won the composer shortlived acclaim from Polish critics after its first performance in 1906.
Szymanowski dedicated the “Don Juan” movement of Masques to his friend Arthur Rubinstein, a lifelong advocate of the composer’s music. Many years later, Rubinstein became a friend and mentor to the young Krystian Zimerman, offering him advice he still values hugely today. Zimerman recorded Masques in Copenhagen in 1994 but the tracks were never released. With Szymanowski’s anniversary in mind, on receiving an invitation from another good friend, Dr Yasuhisa Toyota, he leapt at the opportunity to record more of the composer’s solo works in the Fukuyama concert hall – one of many around the world to have benefited from the acoustician’s design wizardry. “In Toyota’s halls, every note is clear,” notes Zimerman, “yet each is in a cushion of warm surroundings.” His completed journey through this repertoire offers listeners a fascinating insight into Szymanowski’s sound world, from the glitter and opulence of Masques to the earthy folk idioms of the Mazurkas.
Krystian Zimerman, piano 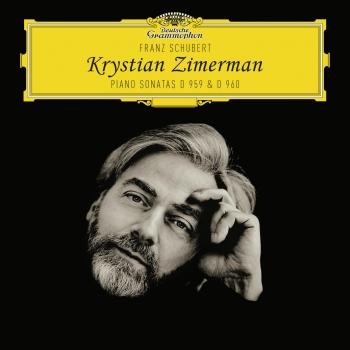 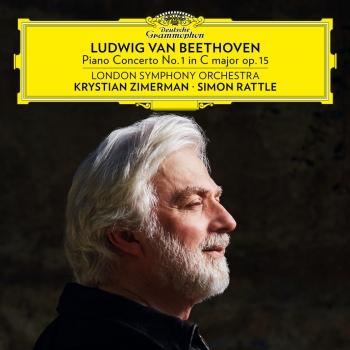 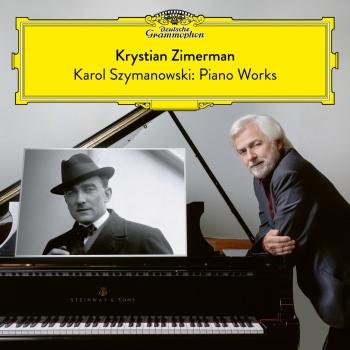 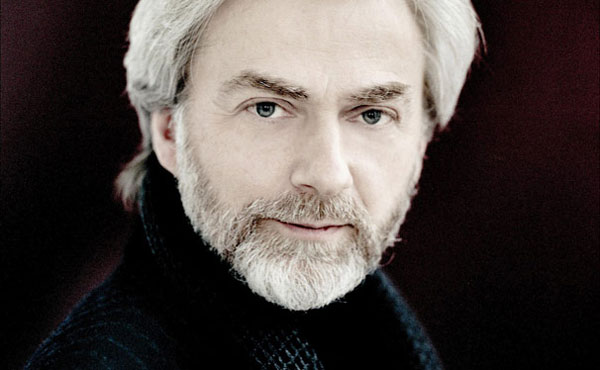 Krystian Zimerman
Krystian Zimerman rose to fame at an early age when he was the youngest pianist to be awarded First Prize in the Chopin Competition at the age of 18. He has since embarked on a world-class career working with the world’s most prestigious orchestras and giving recitals in the top international concert halls.
Born into a family with a music-making tradition, musicians would meet almost daily in Zimerman’s home to play chamber music, and these performances afforded him an intimate, natural, everyday contact with live music. He undertook his first steps in music under his father’s supervision and then, at the age of seven, started working systematically with Andrzej Jasinski, then a senior lecturer at the conservatoire in Katowice.
He has collaborated with many pre-eminent musicians: chamber partners such as Gidon Kremer, Kyung-Wha Chung and Yehudi Menuhin, and conductors such as Leonard Bernstein, Herbert von Karajan, Seiji Ozawa, Riccardo Muti, Lorin Maazel, André Previn, Pierre Boulez, Zubin Mehta, Bernard Haitink, Stanisław Skrowaczewski and Sir Simon Rattle. In 2010 Zimerman performed the Chopin Birthday recital on the anniversary of the composer’s birth in the International Piano Series in London as part of the Chopin 200 celebrations. Since 2013 marks the 100th anniversary of the birth of Lutoslawski, Zimerman will be performing the Piano Concerto, which the composer wrote for him, in a number of cities worldwide including at the Royal Festival Hall, London with the Philharmonia Orchestra and Esa-Pekka Salonen.
Since making the decision to transport his own piano for every performance, he has alerted audiences to the complexities and capabilities of the instrument. The confidence which is afforded by always performing on his own, thoroughly-familiar instrument, combined with his own piano- building expertise (acquired in Katowice and developed through close co-operation with Steinway’s in Hamburg) allows him to reduce to an absolute minimum anything which might distract him from purely musical issues.
Zimerman lives with his wife and family in Switzerland where he has spent the greater part of his life, dividing his time between family, concert life, chamber music and, over the last few years, a teaching position at the Music Academy in Basel. He limits himself to 50 concerts per season and pursues a comprehensive approach to the musical profession, organising his own management, studying hall acoustics, the latest sound technology and instrument construction. He has also applied himself to the study of psychology and computer science.
He has developed a similar approach to recording, a process which he controls at each and every stage. During his long collaboration with Deutsche Grammophon his recordings have earned him many of the most prestigious awards. In 1999 he recorded the Chopin Concertos with an orchestra specially formed for this project, the Polish Festival Orchestra, with whom he then toured throughout Europe and America, performing these two works to commemorate the 150th anniversary of Chopin’s death. His most recent recording is a disc of chamber music to celebrate the 100th anniversary of Polish composer Grazyna Bacewicz whose music he has championed. (Source: Harrison Parrott)